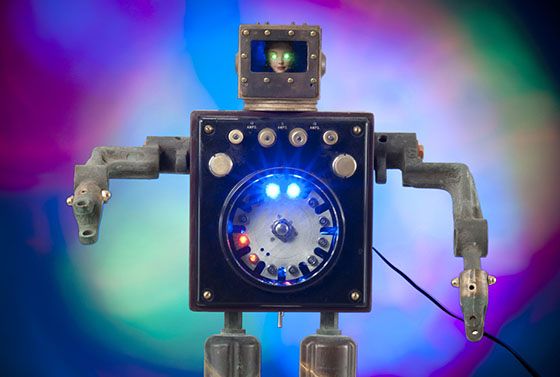 I think it’s safe to say that just about everyone has a fascination with robots. They range from the incredibly creepy – like the Hugvie robot from Japan – to the flat out awesome, like this giant badass robot we wrote about way back when.

Talbotics fits into the latter category, or though the robots Tal creates aren’t functional in the “walking, talking” sense of the word, they do make really awesome sculptures and night lights. What you’re about to see are high-resolution images of some of his favorite creations, graciously provided by Tal himself. 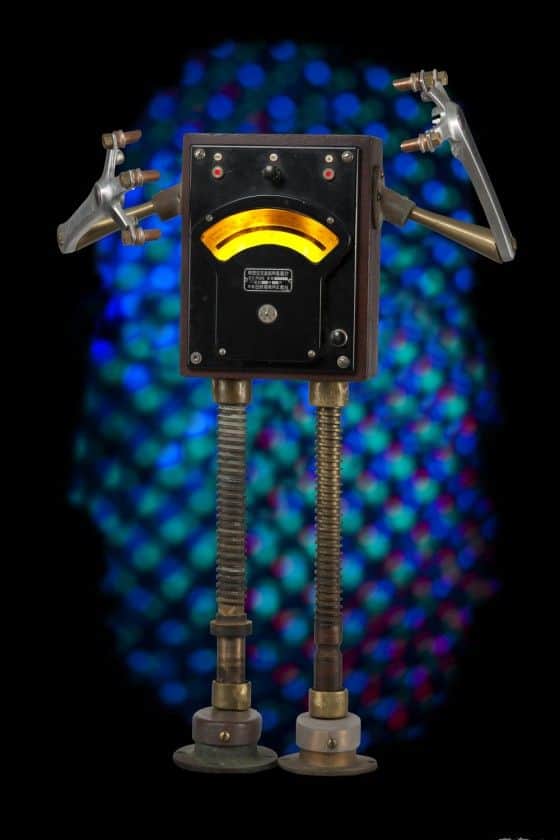 Born to a college professor and research metallurgist, Tal Avitzur became interested in creating retro junk sculptures after having scrounged around the junk-yard for a particular bout of home remodeling he was doing. What he was looking for, I haven’t the foggiest, but I’m pleased that he was recycling. That he was able to create wonderful sculptures, like this very sad looking robot pictures above, is awesome. 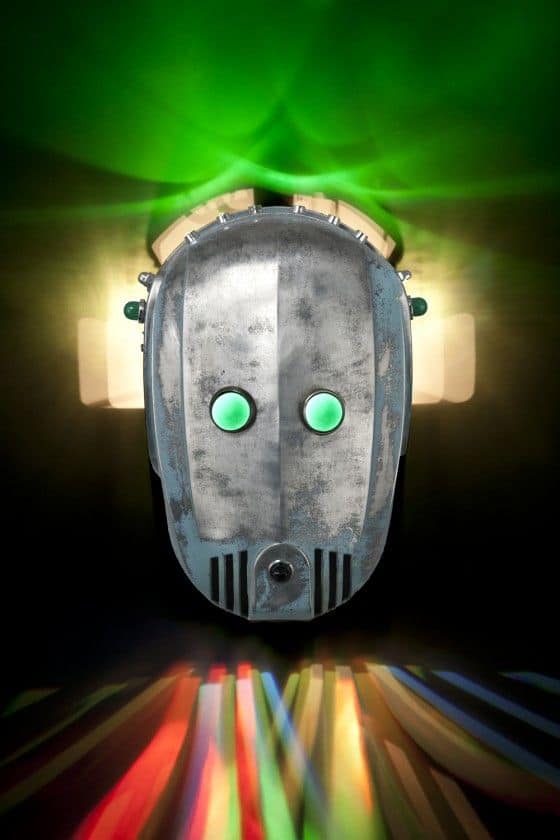 This sculpture really, really reminds me of The Hummungus from The Road Warrior. I mean, this fellow looks a lot friendlier, but perhaps you’ll see the similarities. 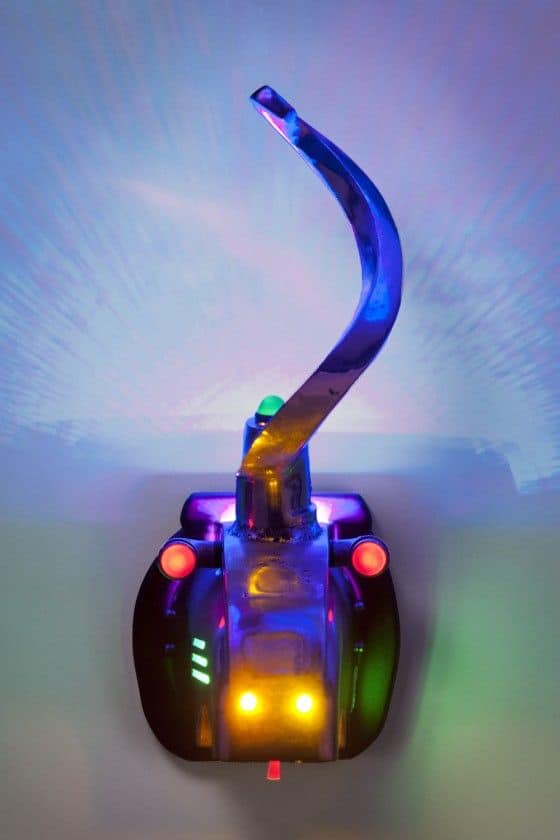 I don’t know what’s going on here, but this guy has quite the hair style. Reminds me of my own hair style the morning after a late night of drinking. 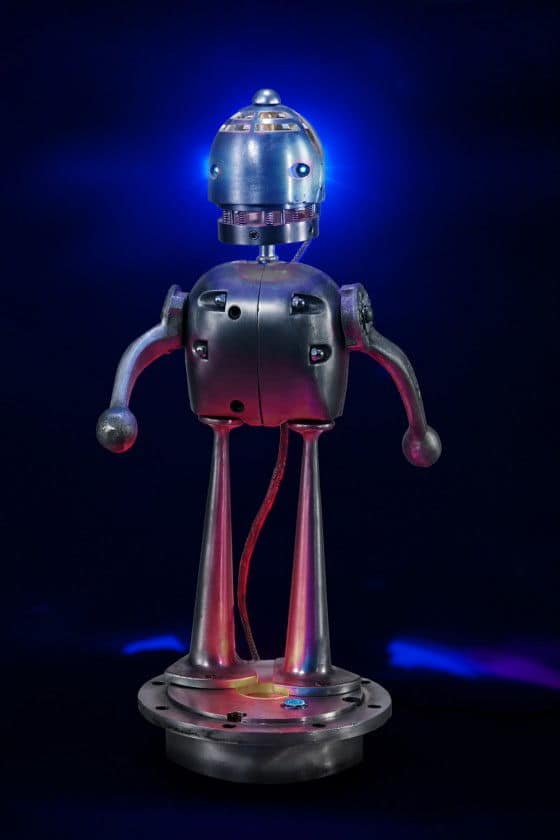 Before training with artists like George Rickey, Beatrice Wood, Irma Cavat and Tim Cotterill – and eventually becoming an artist himself, Tal worked for the US Navy in Washington, DC. Perhaps there’s a little bit of naval inspiration here? I wouldn’t exactly call this robot menacing, but perhaps that’s just the angle the navy would use to lull their enemies into a false sense of security. 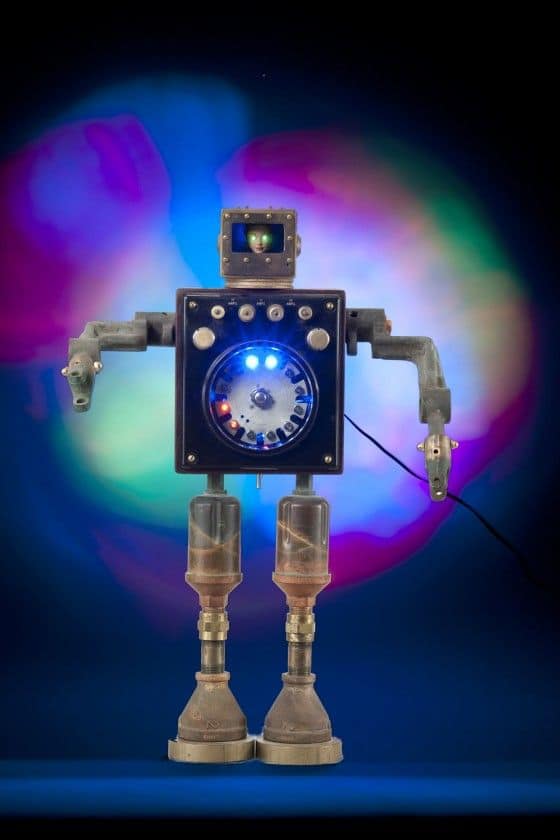 Now this… is just creepy. A doll with glowing evil eyes inside of a robots head? Truly the stuff of nightmares if you ask me. 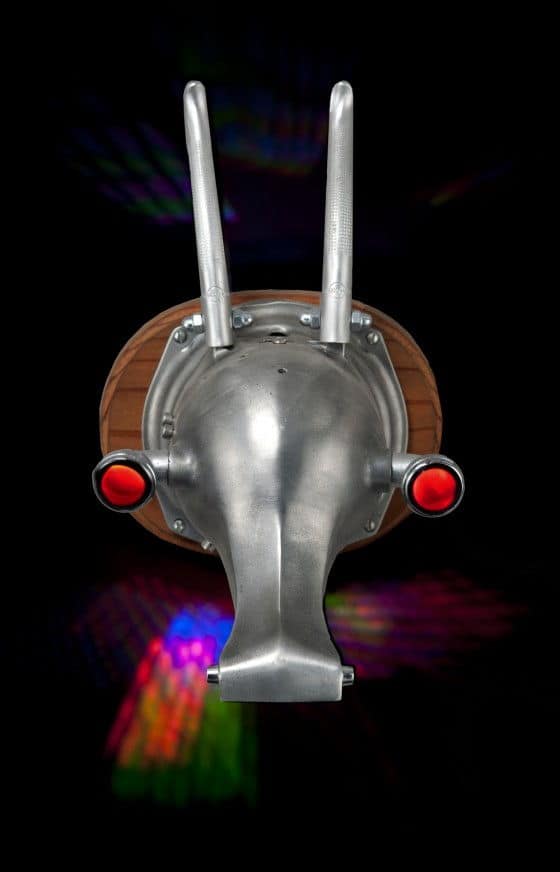 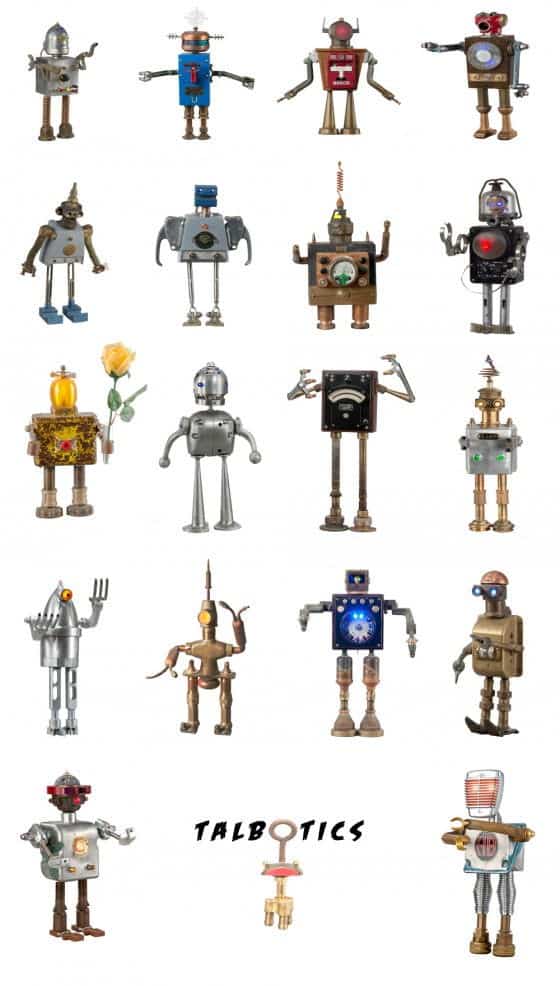 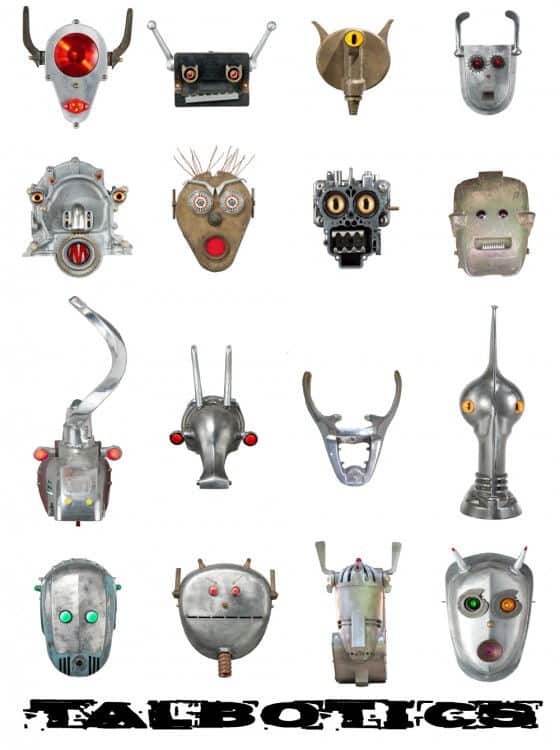 I would like to thank those of you that pointed me towards Tal’s work, and of course Tal himself for providing these great photographs. I’m a big fan of robots, and it’s nice to see ones that aren’t giant vibrating butts for a change. Believe it or not, I see a lot of that stuff on my everyday journeys around the internet.

If you’re interested in seeing more of Tal’s work, and perhaps even buying one of his sculptures for your very own, you can do so by visiting the official Talbotics website. He’s done a shit ton of different sculptures, and all of them are either awesome, creepy, or both.