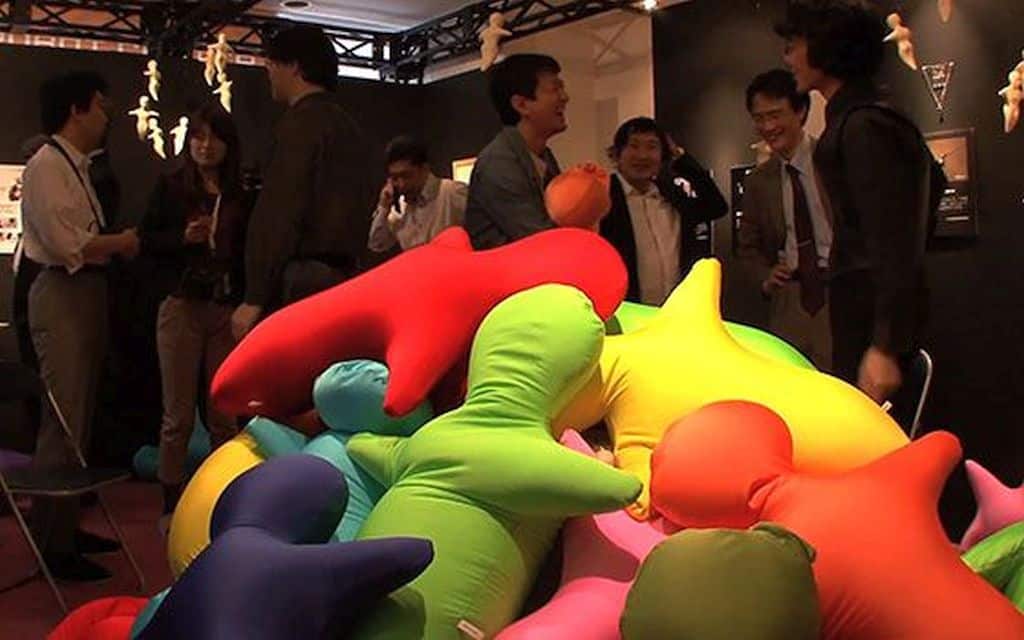 Since the dawn of mankind, humanity has aspired to create robots that match both the intelligence and visual aesthetic of their human counterparts. The scientific body has made massive strides over the decades, bringing us ever closer to realistic robotic sex dolls skilled enough to give the most earth shattering handjobs, and intelligent enough to beat chess masters. As with any evolution, though, sometimes there are dead ends. Deadends like the Hugvie robot.

The Hugvie is some sort of creepy Casper wannabee created by the VStone Corporation in Japan, based on another creepy robot developed by Osaka University’s Professor Ishiguro. I’m not completely clear what the point of such a terrifying contraption is, but it appears to require human hugs for sustenance. Upon hugging the Hugvie, it vibrates and gyrates, supposedly to mimick the beating of a human heart. More importantly, though, is that it has a hole that you can insert your… cell phone… into. 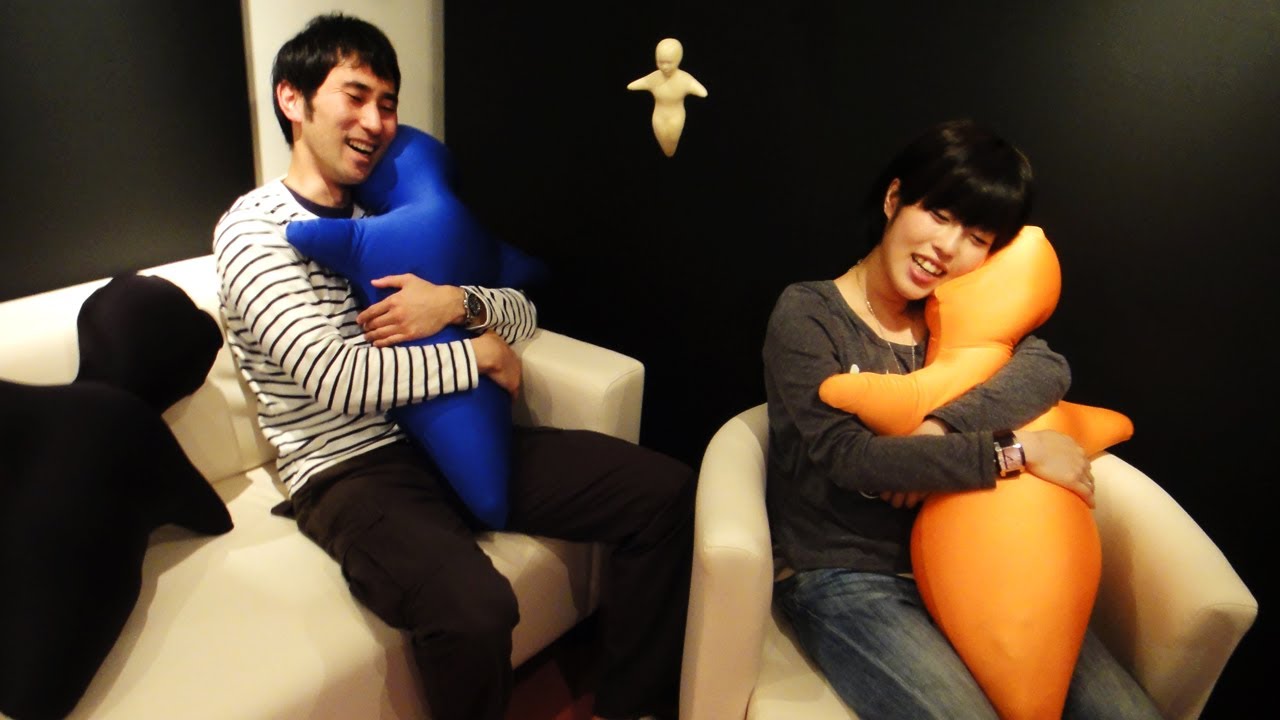 I have a theory about why everyone looks so damn happy to be hugging this thing. I believe that the Hugvie uses poison gas to subdue people, while slowly devouring their souls via its… cell phone port. The place where only a mad man would insert anything but a cell phone, or perhaps an explosive device to destroy the Hugvie. Supposedly this cell phone port allows one to jam their phone deep inside its slit allowing the user to place phone calls using the Hugvie itself. Why a person would want to do this, I can’t begin to imagine. Ohhh Japan. “Unfortunately” the Hugvie isn’t currently available for retail purchase, but it should appear on the VStone Robot Center (eventually) for around $60 USD.