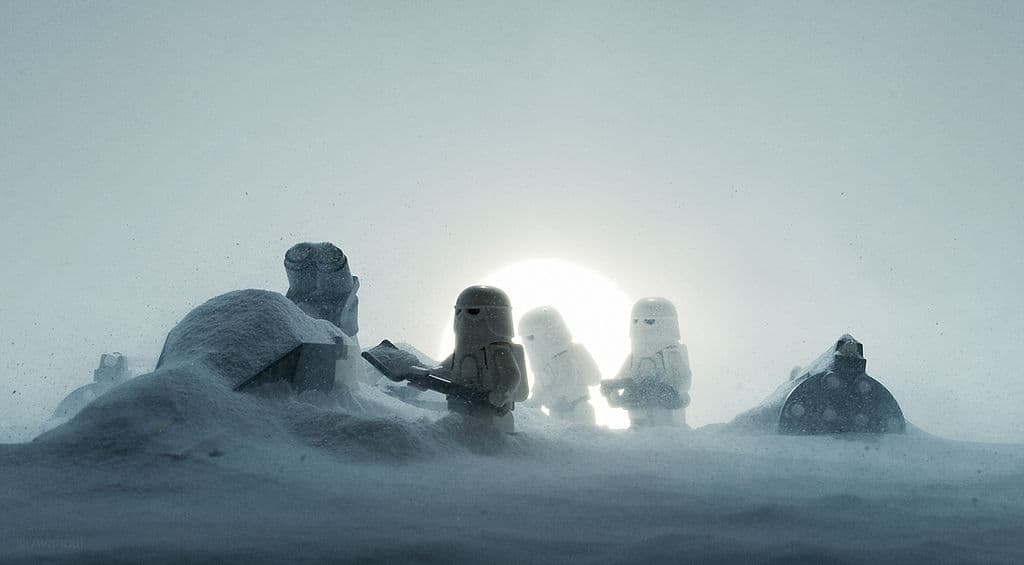 Star Wars is one of the most iconic, most cherished movie franchises of all time.

Everyone, young or old, have at least heard of Star Wars, and many of us have seen each of the movies dozens – if not hundreds – of times over the years. I lost track a long, long time ago how many times I’ve seen episodes 4,5, and 6. The series will forever hold a special place in my heart, and if J.J. Abrams doesn’t fuck up the new Star Wars movies, well… maybe I’ll come to love them as well. But until then, let’s explore some of the incredible work of Vesa Lehtimäki, better known as Avanaut.

I’m guessing you’ve figured it out by now, but if you haven’t, Lego Star Wars characters are all taking center stage in this awesome collection of photos. I’m a big fan of Lego in general, and in fact recently wrote about a fantastic Cyberpunk Lego city shown at this years BrickFair, but this… this is something entirely different. This is truly art, or at least the works of someone exceptionally skilled at photography.

It’s just Lego, and yet the palette, focus, and lighting are absolutely top notch. You know those Lego Star Wars video games? If they looked a bit more like this, you know what? I would probably actually play them.

Endor… one of my favorite places in any movie, period. Who wouldn’t want to live in a giant treehouse village? Having an Ewok friend would be even better than a monkey…

Pretty cool, eh? Here’s the part where I would normally explain that this is it, time to go home… so sad, no more. Thankfully, Avanaut has been rather prolific with his photography. He’s taken a wide range of Lego Star Wars photos, as well as created scenes from other beloved franchises like Indiana Jones. Definitely check out his other work, and be sure to tell us about your favorites in the comments below.