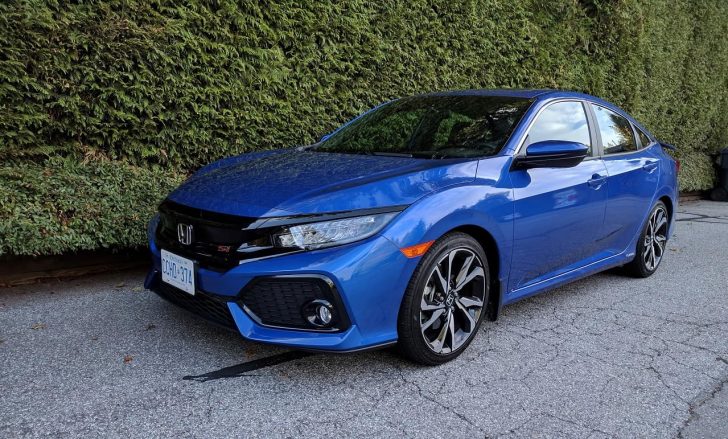 The Honda Civic has been the best selling car in Canada for the last 18 years, or is it 19? I think this year will make it 19 years in a row. Because of the popularity of the 10th generation Civic I see these cars everywhere, and we even bought one for my dad.

The reason for it selling so well is, reliability, affordable prices, and practicality. With the introduction of the 10th generation car, the Civic is available as a sedan, a coupe, and a hatchback. It can be equipped with a manual or automatic transmission and can be had with a naturally aspirated or a turbocharged 4-cylinder engine. It is quite a versatile platform, we’ve reviewed all of the above variations of this car. 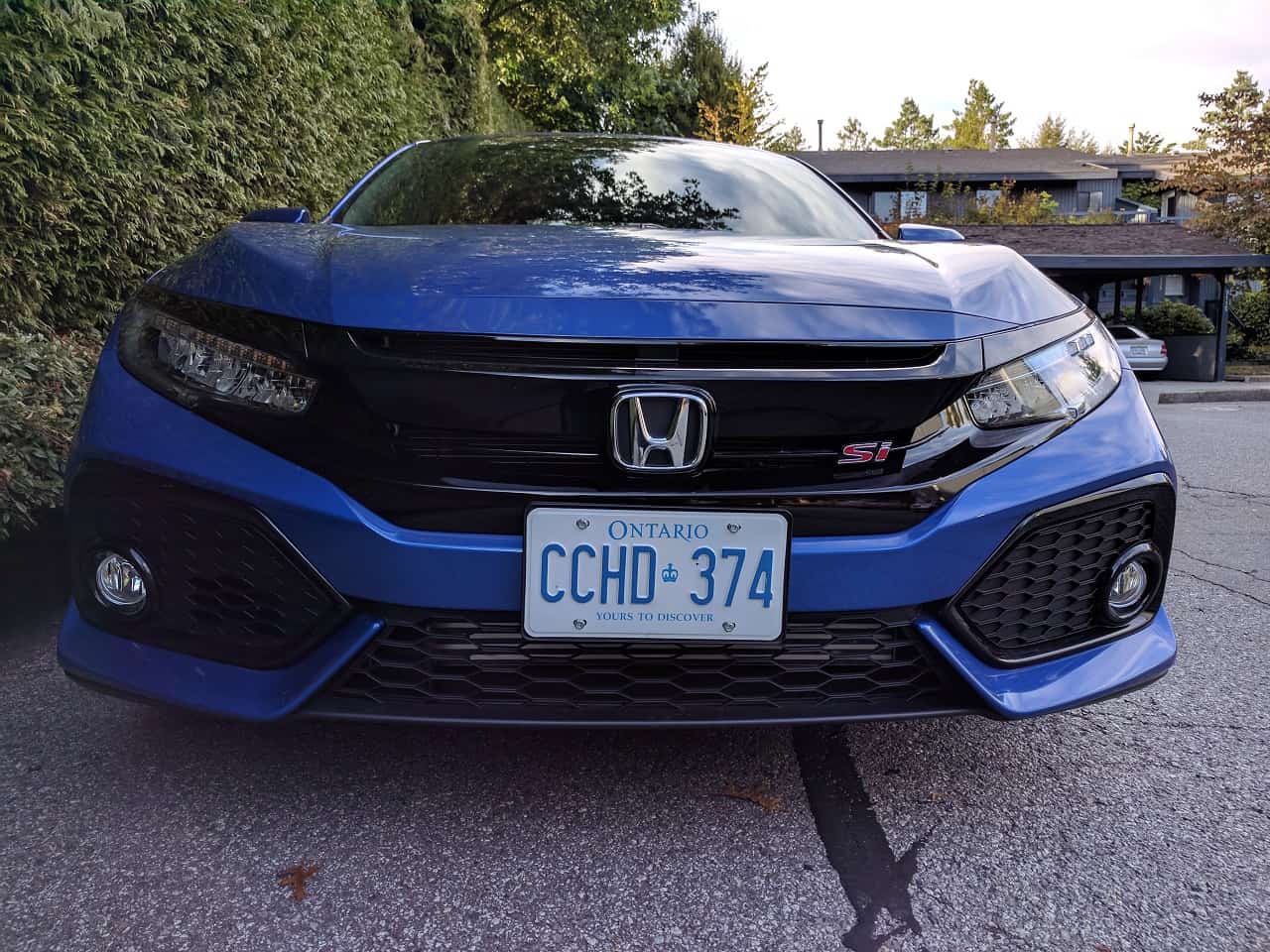 However, the 10th generation Civic was missing the sporty “Si” model, which is now available in both a coupe and sedan formats, but not in hatchback. And for the first time in North America, Honda is offering the Civic Type-R, which we’ll be reviewing soon.

Last week we were handed keys to a 2018 Honda Civic Si, I’m not going to talk too much about the technology, interior, exterior etc, since we’ve already covered those in the above linked articles.

The Civic Si is powered by a turbocharged 1.5 liter 4-cylinder engine, the same one found on the higher trim Civics, but in the Si, the boost has been increased and produces 205 horsepower and 192 pound-feet of torque. The only available transmission is a 6-speed manual, this car is for the true enthusiasts.

The Civic sedan and the Si sedan do have a bit of different styling, the Si sedan borrows the front and rear bumpers from the Civic hatchback, which consist of those large fake vents. I wasn’t a big fan of those on the hatchback and I’m not a back fan of them on the Si sedan. However, they do look a bit better on the sedan, in my opinion. The Si also comes with a unique center exhaust tip. 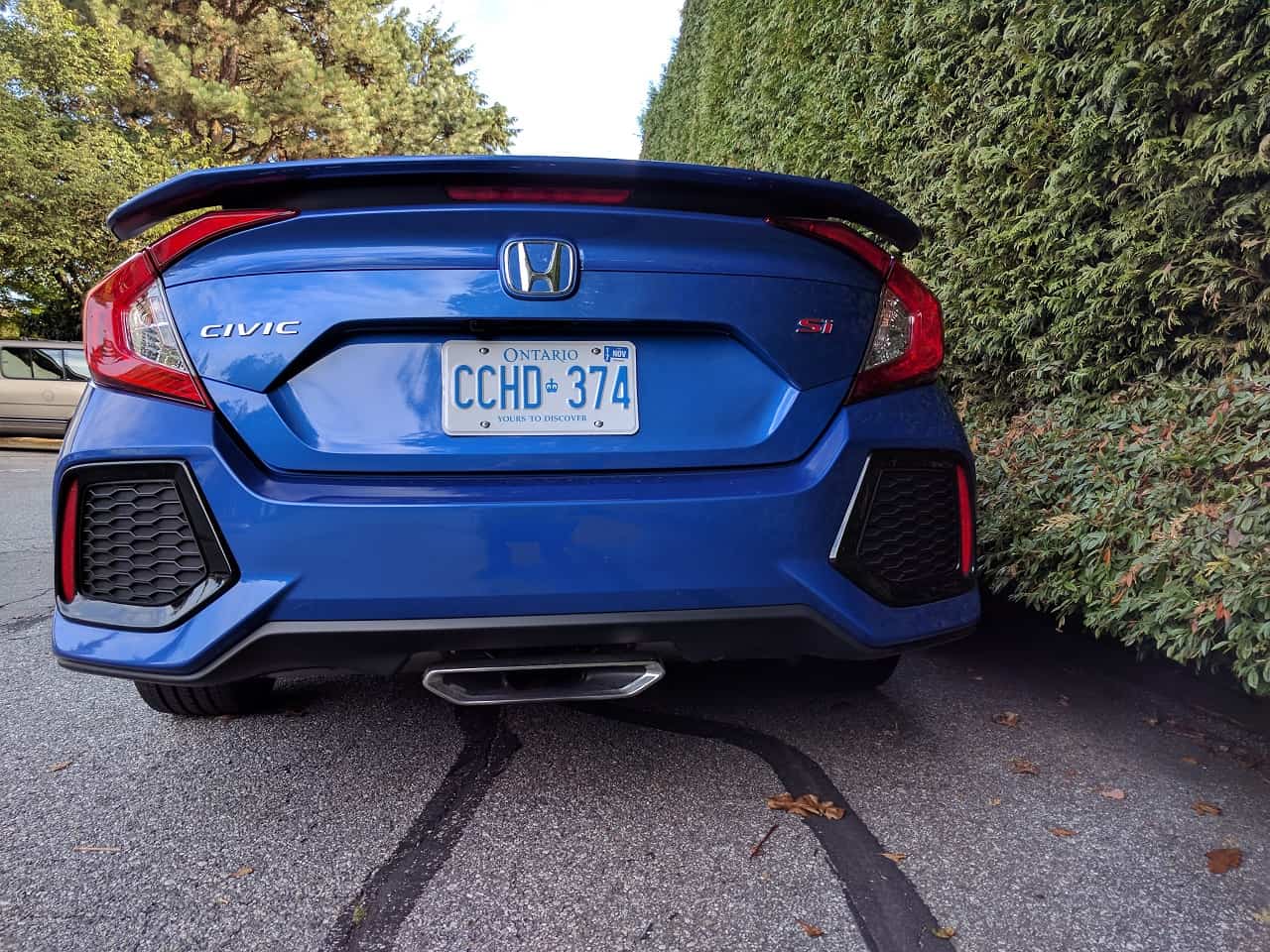 The interior also remains the same, the exception here is that you get bucket seats and red stitch throughout the cabin. The seats are not as aggressive as the Civic Type-R’s, but they’re still very supportive and comfortable, they hold you in place nicely when you’re throwing the car around.

I thought the 10th generation Civic was pretty sporty, for an affordable sedan, the Civic Si takes that sportiness a few notches higher. It’s not too sporty where you feel uncomfortable during your daily commutes but is sporty enough to make those commutes a lot more fun.

The 1.5 liter turbocharged engine has more than enough grunt for driving in the city or at highway speeds, especially when you take it up the rev range. At lower revs, the engine feels very tame and easy to live with. Once you build up the revs and get some boost going into the turbocharges, the car feels very alive and is very fun to drive. I have seen some reviewers complain it doesn’t have enough power, I like power as much as the next guy, but I personally thought the Civic Si had just enough power to make the drive fun. If you want more power, step up to the more powerful Civic Type-R. The 6-speed manual is very smooth shifting with precise throws, it’s really fun to change gears, especially now since I rarely get to drive a manual transmission equipped car. It’s good to see some manufacturers are still producing manual transmissions, especially on sporty cars. 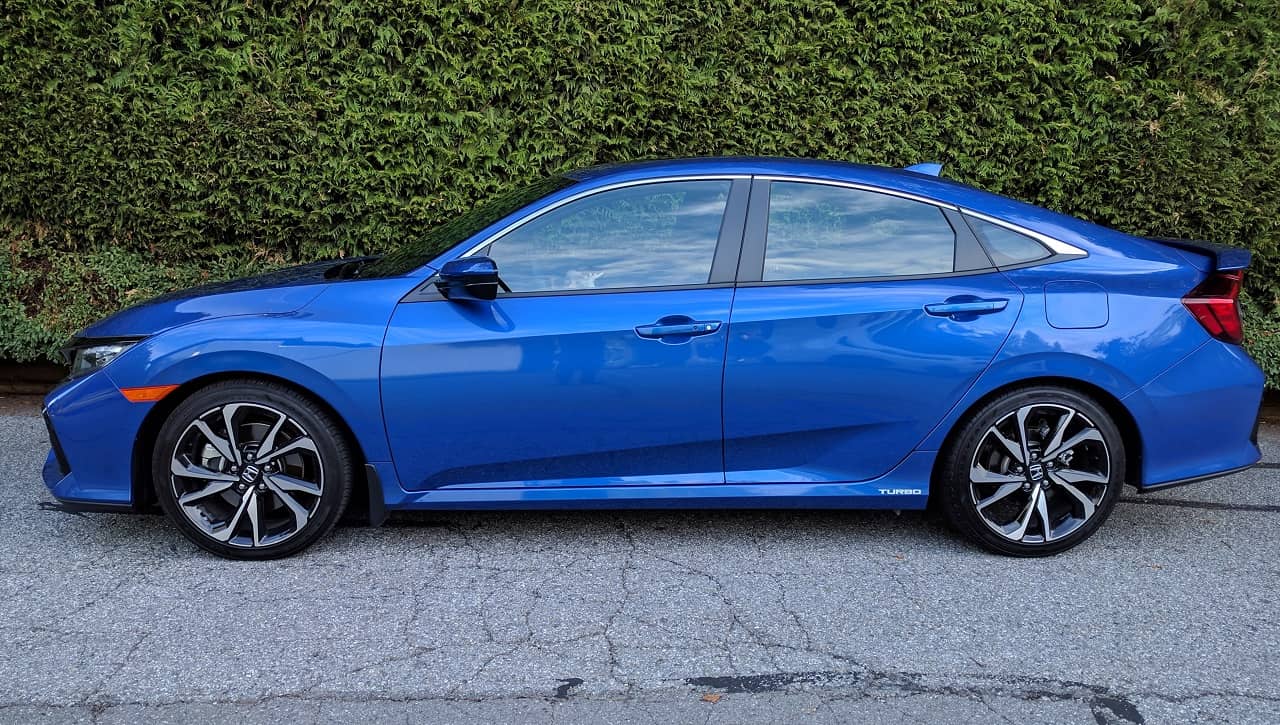 The suspension set up on the Si is also tuned to be comfortable for daily driving yet sporty enough to give you some thrills when you want to hit some twisty roads or just weave in and out of city traffic. The suspension is more sportier than the regular Civic and is softer than you’d find in the Type-R.

I enjoyed my week behind the wheel of the 2018 Honda Civic Si, I think the Si is the perfect blend of everyday usability with a dash of sportiness. It’s more fun to drive than a regular Civic and not as hardcore as the Type-R, which might be a bit too much of a car (in terms of styling) for some people.

Originally published on September 23, 2017 in Cars