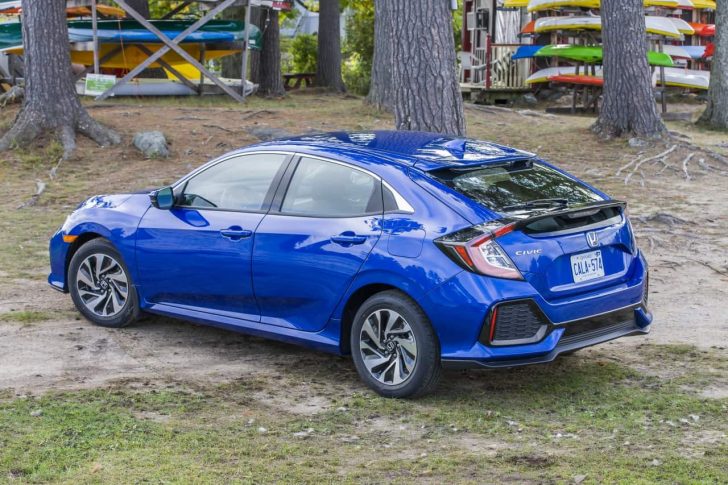 The Honda Civic has been the best selling car in Canada for the past 18 years, or is it 19 now? Whether it’s 18 or 19, it doesn’t really matter, this is one popular car! And with the introduction of the latest generation car, which we’ve reviewed on quite a few occasions(Civic Touring, Civic EX, Civic Coupe), the success of Civic in Canada is going to continue. In fact, when someone asks me for a suggestion on an affordable family sedan, I tell them to consider the 10th generation Civic. I also put my money where my mouth is, as I just bought a 2016 Civic for my dad.

The Civic lineup has consisted of the sedan and coupe for quite a while, a hatchback hasn’t been offered for many years, that is until now, for the 2017 model year, Honda has added a 4-door Civic Hatchback, which should also help the car continue its domination of the Canadian market place. Last week we reviewed a 2017 Honda Civic Hatchback LX. 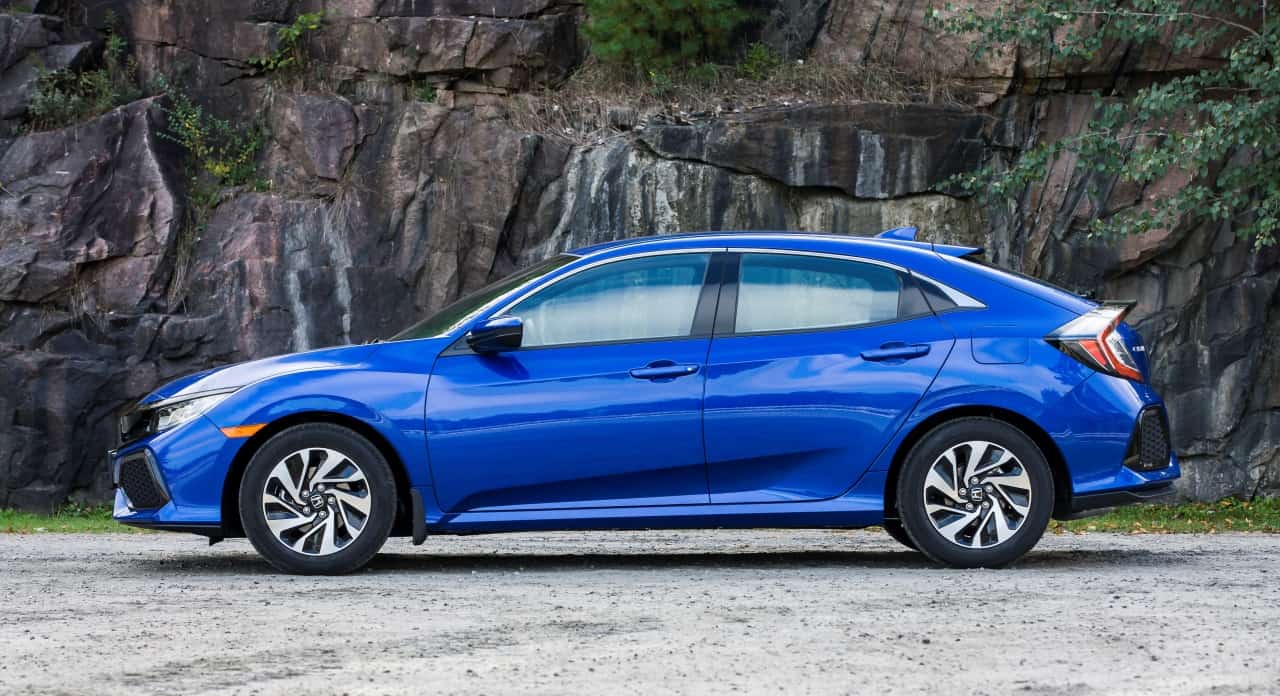 The Civic Hatchback has a bit of a higher price than the sedan, but the Hatchback comes with the 1.5 liter turbo 4-cylinder engine only, which is only available on the higher trim sedans. The LX Hatchback has a starting price of $21,390 for the manual transmission equipped cars, add $1,300 for the CVT.

As I mentioned earlier, the only engine offered on the Civic Hatchback is the 1.5 liter turbocharged 4-cylinder engine, with direct injection. This engine produces 174 horsepower and 162 pound feet of torque, on the LX trim. On the Sport and Sport Touring, the horsepower is bumped up to 180 HP, but with premium gasoline. I believe you can put regular gasoline in these trims and get the 174 horsepower, as the extra cost of about 30-40 cents per liter of premium gasoline is not really worth the 6 horsepower. Also, the same 1.5 liter turbo engine in the new CR-V produces 190 horsepower but doesn’t require premium gas. 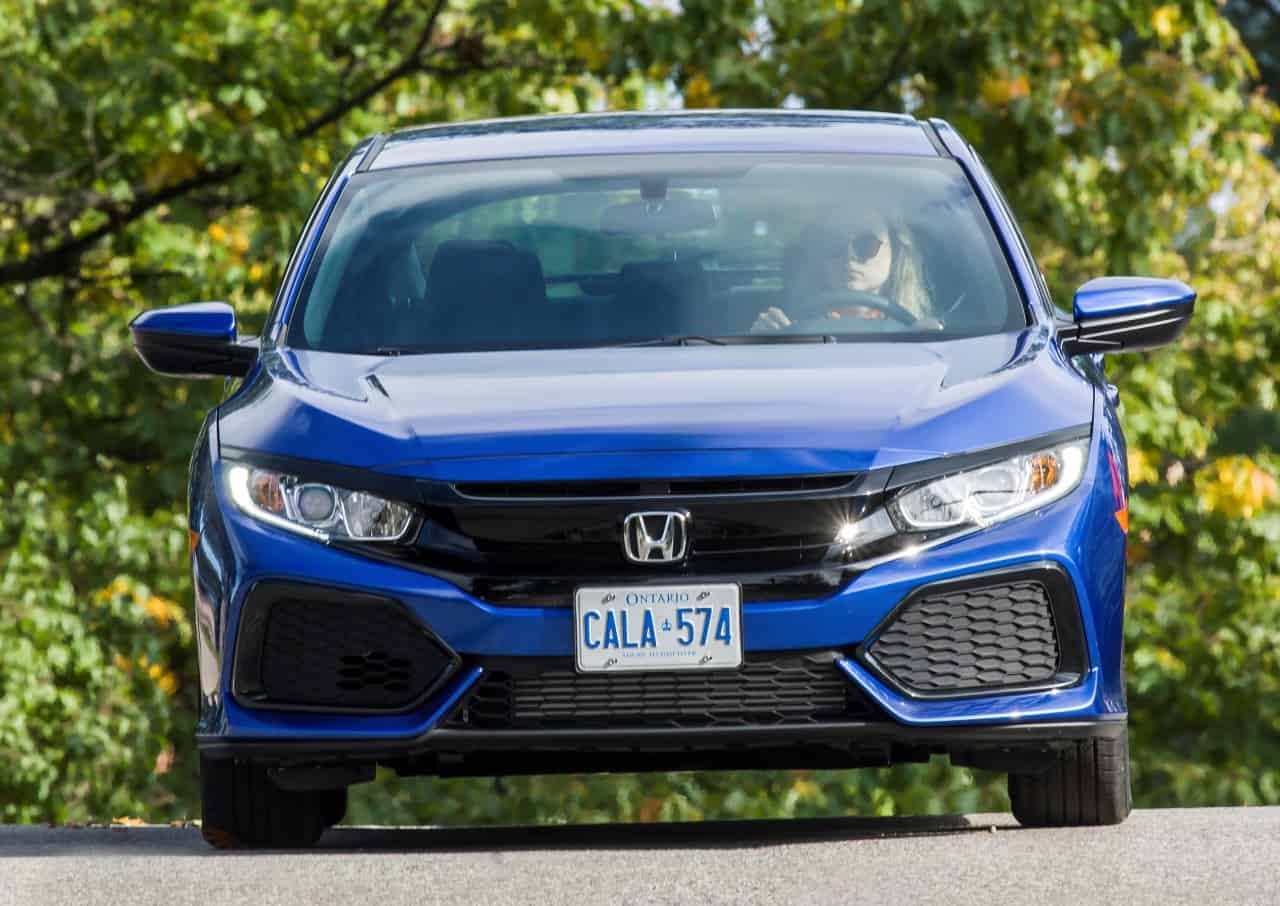 I have been a big fan of the 10th generation Civic, I think it’s a great value for the money, and it drives quite good. The Hatchback makes use of the same formula, I found it to be a little sportier than the sedan, maybe because of its shorter size, or maybe I just perceived it to be sportier because it’s a hatchback.

Overall, the Civic hatchback is a pretty sporty car, for a family car that is. It’s also quiet and comfortable, it’s everything the Civic sedan is, the only difference is the overall length is a little shorter and it is made in Swindon, United Kingdom. The Civic Hatchback is 113 mm shorter than the sedan but has the same wheelbase, which means the inside passenger space is the same.

The major difference between the sedan and hatchback is the way the cars look at the front and back, and of course the hatchback has a different profile. At the front, the air intakes are much larger and the chrome inserts are now black on the hatchback. At the back, it’s the same store, much larger openings in the bumper. I’m personally not a big fan of the styling, it took a while to get used to the sedan’s styling, but I’m finding it hard to get used to the hatchback’s. I think it’s just over-designed, the design needs to be much simpler and cleaner. However, I’m sure Honda is going to sell a lot of these, the sedans have been super popular, I see them everywhere. 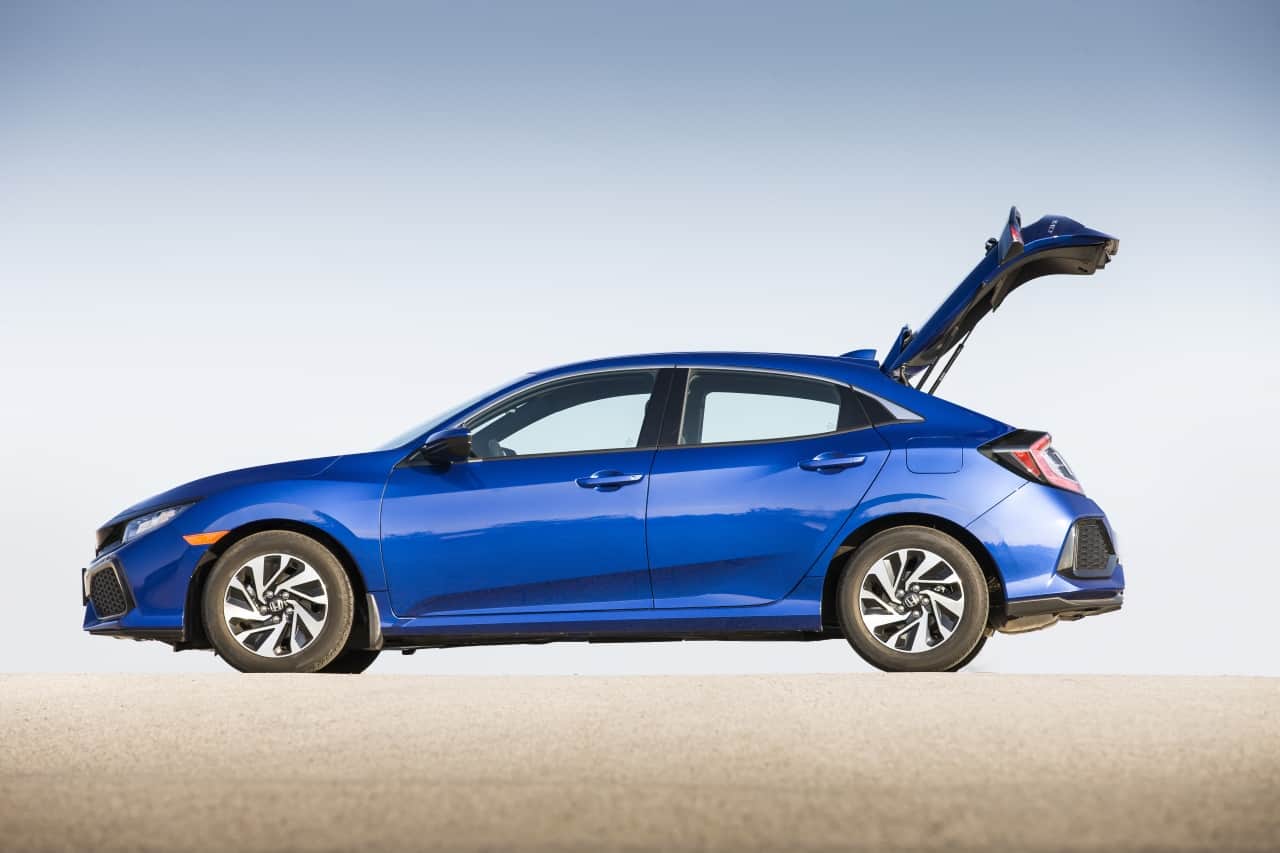 I think the Hatchback is a great addition to the Civic lineup, giving the Civic an edge over it’s competition, some of the competition does have hatchbacks but then they don’t have coupes. The upcoming Civic Type R is also going to be based on the Hatchback, giving the Civic an even bigger advantage. I think it’s safe to say, the Honda Civic is going to be topping sales chart yet again in 2017, making it 20 consecutive years of the most sold car in Canada.

For more information on the Civic Hatchback and other cars in the Honda lineup, visit honda.ca. 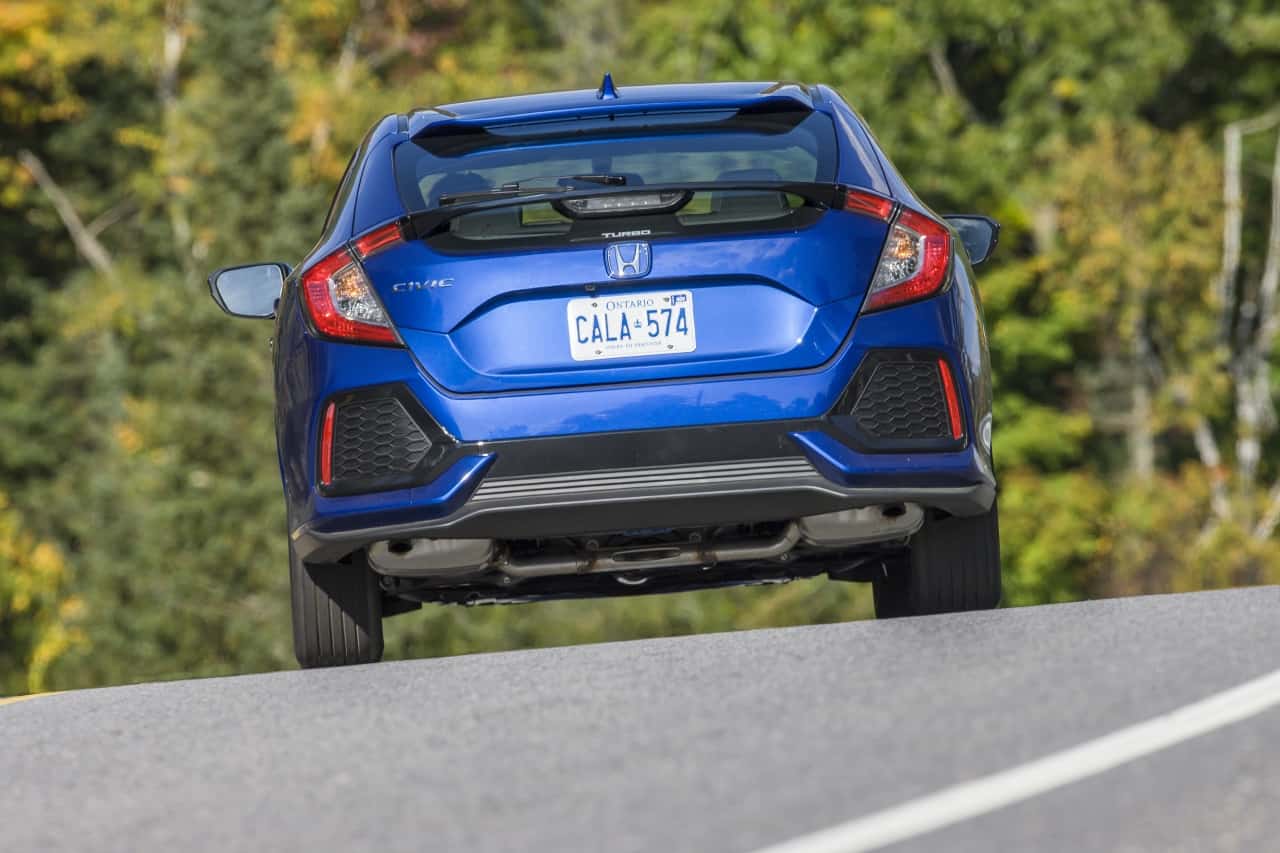 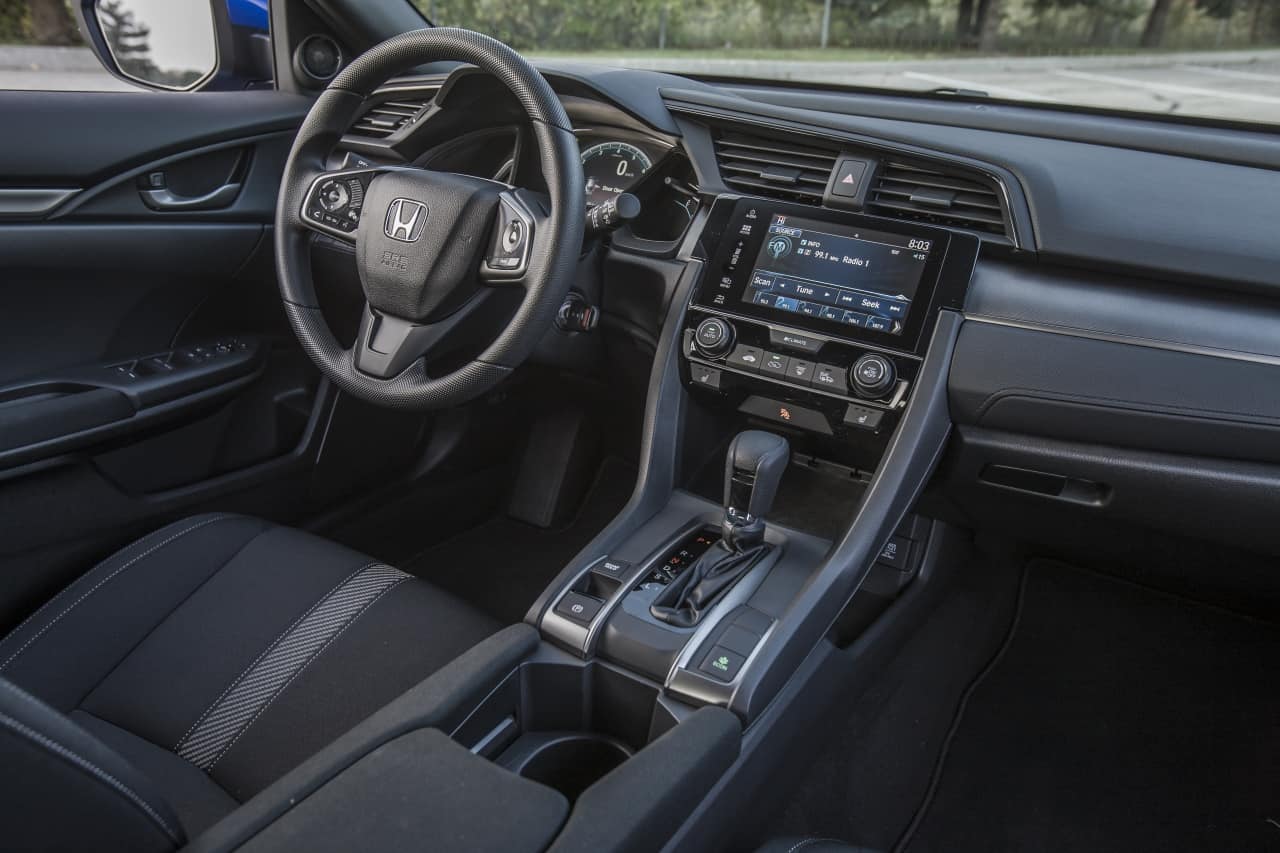 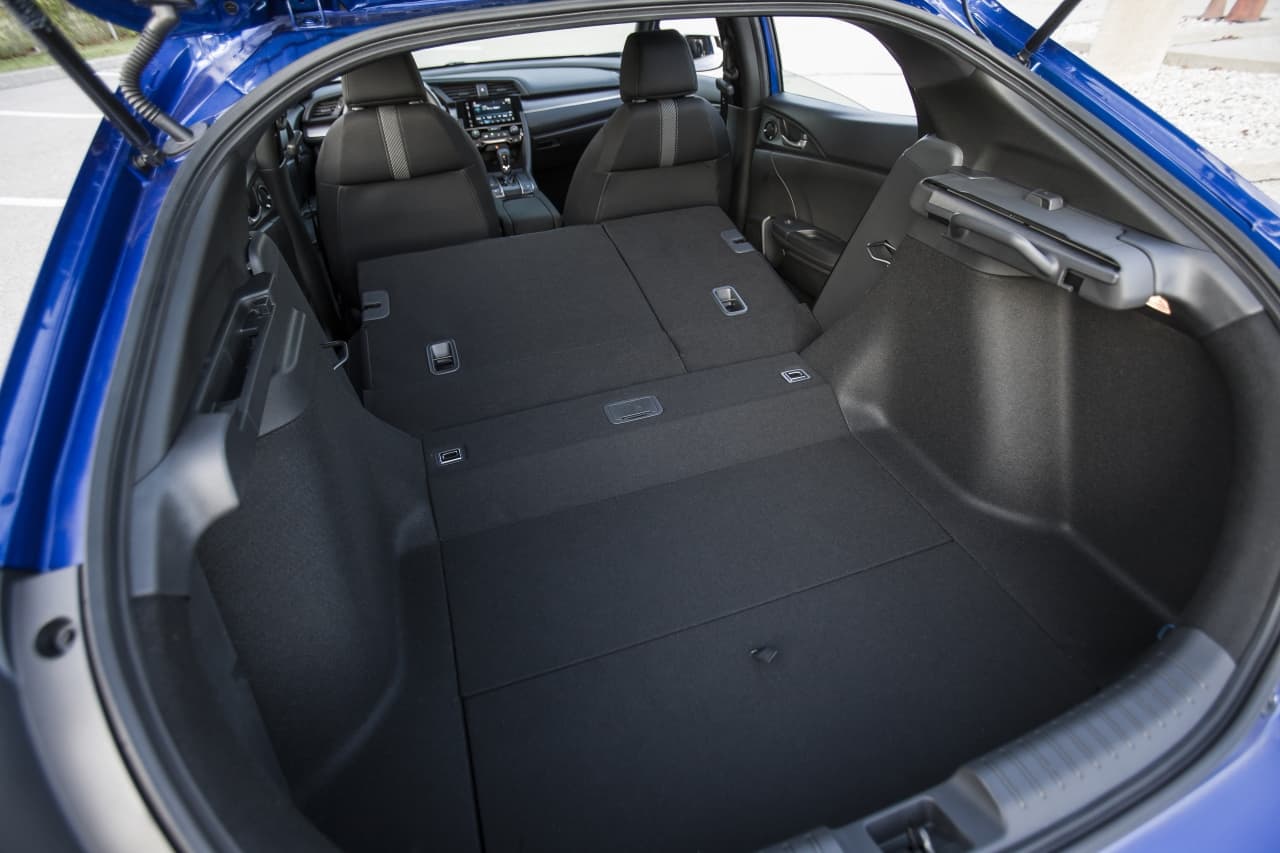 Originally published on January 19, 2017 in Cars