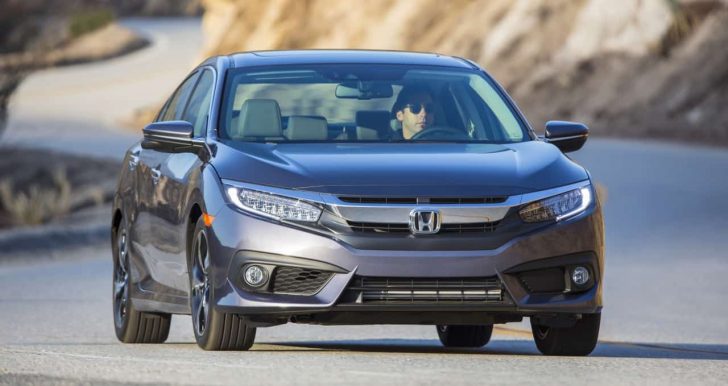 The all-new 10th generation Honda Civic has been making major waves since its introduction late last year. It has been winning awards such as the Canadian and North American car of the year, and other awards by individual journalists and magazines. The big news with the new Civic was the introduction of the 1.5 liter turbocharged engine.

We reviewed the top of the line 2016 Honda Civic Touring Sedan with the turbocharged engine, a few months ago, and we were very impressed with everything about that car. This week we’re reviewing the naturally aspirated 2.0 liter equipped 2016 Honda Civic EX with a Continuously Variable Transmission.

Personally I was extremely impressed with the new Civic, I normally don’t care much for family cars but the Civic was good enough to make me want one for my family. And obviously most of the journalists have been feeling the same way, they’re all loving an economy car, which is a rare thing.

This review is a bit different, as I’ll mostly focus on the 2.0 liter engine, if you want to read all about the other features of the new 10th generation Civic, click here for my previous review.

The 2016 Honda Civic offered with the naturally aspirated engine comes in the DX, LX, and EX trims, with prices starting as low as $16,155 for DX with manual transmission and topping off at $23,755 for the EX trim with “Honda Sensing” package.

The Honda Sensing package is a no-brainer to get, it adds in quite a few safety features for an additional thousand dollars, on the EX trim. This package consists of the following safety features, all for the low price of $1,000 (which is the lowest price you’re going to pay for this much safety equipment in any car currently available in the market place):

The biggest difference between our current review Civic and the previous one is the engine, and of course, the previous review car was the top of the line model, so it had a few extra bells and whistles and leather seats. The overall look of the car is the same, with smaller and different style wheels on our EX review car.

I liked the look of the Civic at the front, which is very elegant and grown up looking. I wasn’t too sure about the rear of the car, it just looked a little weird. But seeing new 2016 Civics for the last few months, I’m not as bothered by the rear end of the car anymore, now it looks more normal to me. My family and friends, on the other hand, still aren’t fans of the rear end. 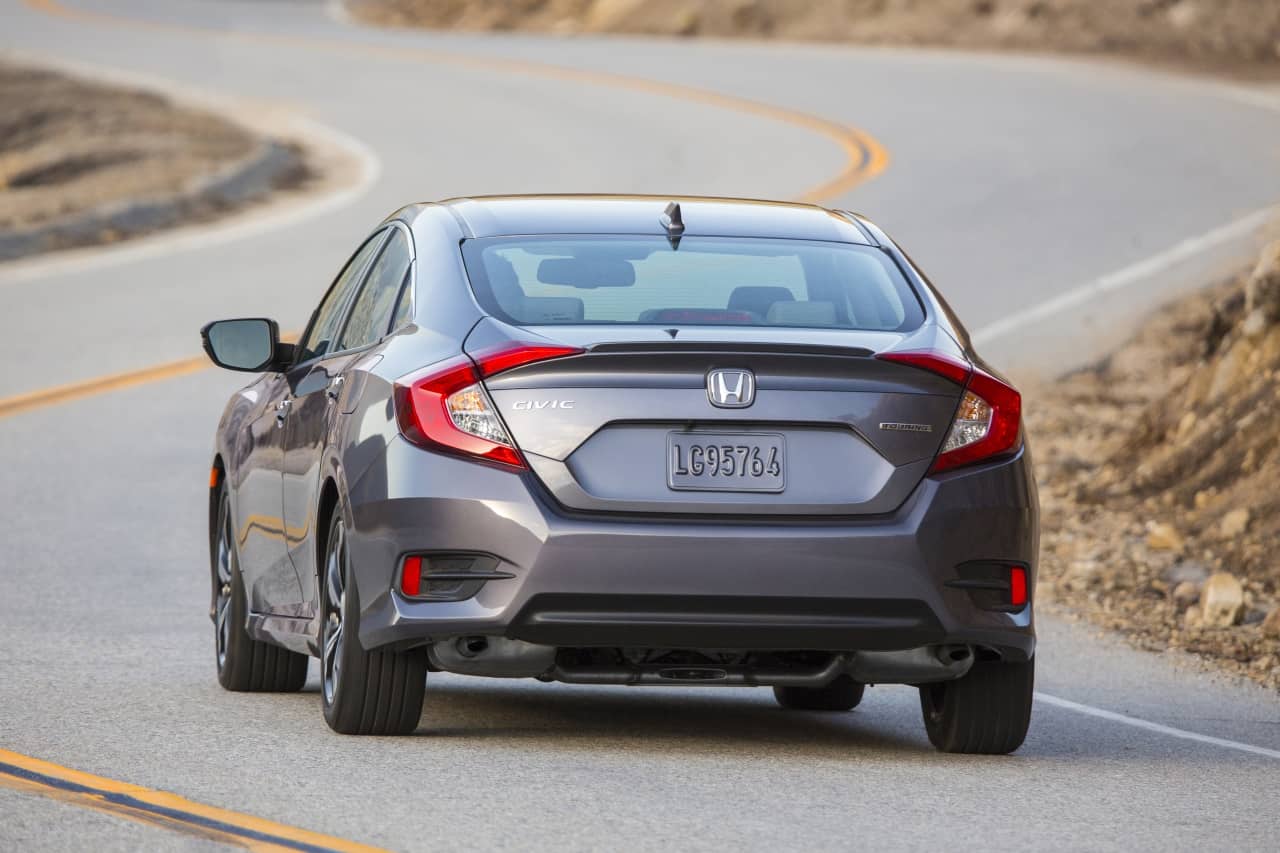 The iVTEC 2.0 liter 4-cylinder engine produces 158 horsepower at 6,500 rpm and 138 pound-feet of torque at 4,200 rpm. Power is sent to the front wheels via either a 6-speed manual transmission (standard on the DX and LX trim) or a Continuously Variable Transmission (available on the LX and standard on all the higher trims).

I know the talk of the town has been the 1.5 liter turbocharged engine, which is a great engine and I liked it a lot. But the non-turbo engine is no slouch, it produces plenty of power for normal driving and is pretty fuel efficient as well. This engine makes enough power to make driving the Civic quite a bit of fun, it easily keeps up with traffic and highway speeds and passing is done effortlessly. The CVT is very smooth and feels like a normal automatic transmission under normal driving conditions. It does feel a bit rubber band-like under heavy acceleration and the engine gets noisy under heavy load.

According to Honda, the 2.0 liter 4-cylinder engine on the Civic, with the CVT should consume 7.8/5.8/6.9 liters/100 km in city/highway/combined driving, which is a bit less efficient than the turbocharged engine equipped Civics. I was able to manage 6.2 L/100 km in mixed (50/50 C/H) driving, which is 0.2 L/100 km less efficient than what I was able to achieve on the turbocharged Civic. So the difference is negligible, at least based on my driving style. Now it’s up to you whether you want to buy the turbocharged or naturally aspirated engine equipped Civic.

The Civic has been the top selling car in Canada for the past 17 (or is it 18) years now, and I don’t see any other car dethroning it. And to make things even harder for competition, the Civic will soon be offered as a hatchback, and of course we can’t forget the upcoming Civic SI and Civic Type R. These two cars are aimed at a smaller niche market, but they give the Civic an edge over its competition. Only Ford is making performance oriented cars in this segment. We would love to do a head to head comparison between the upcoming Civic Type R and the Ford Focus RS.

For more information on the 10th generation Honda Civic and other Honda products, check out honda.ca.