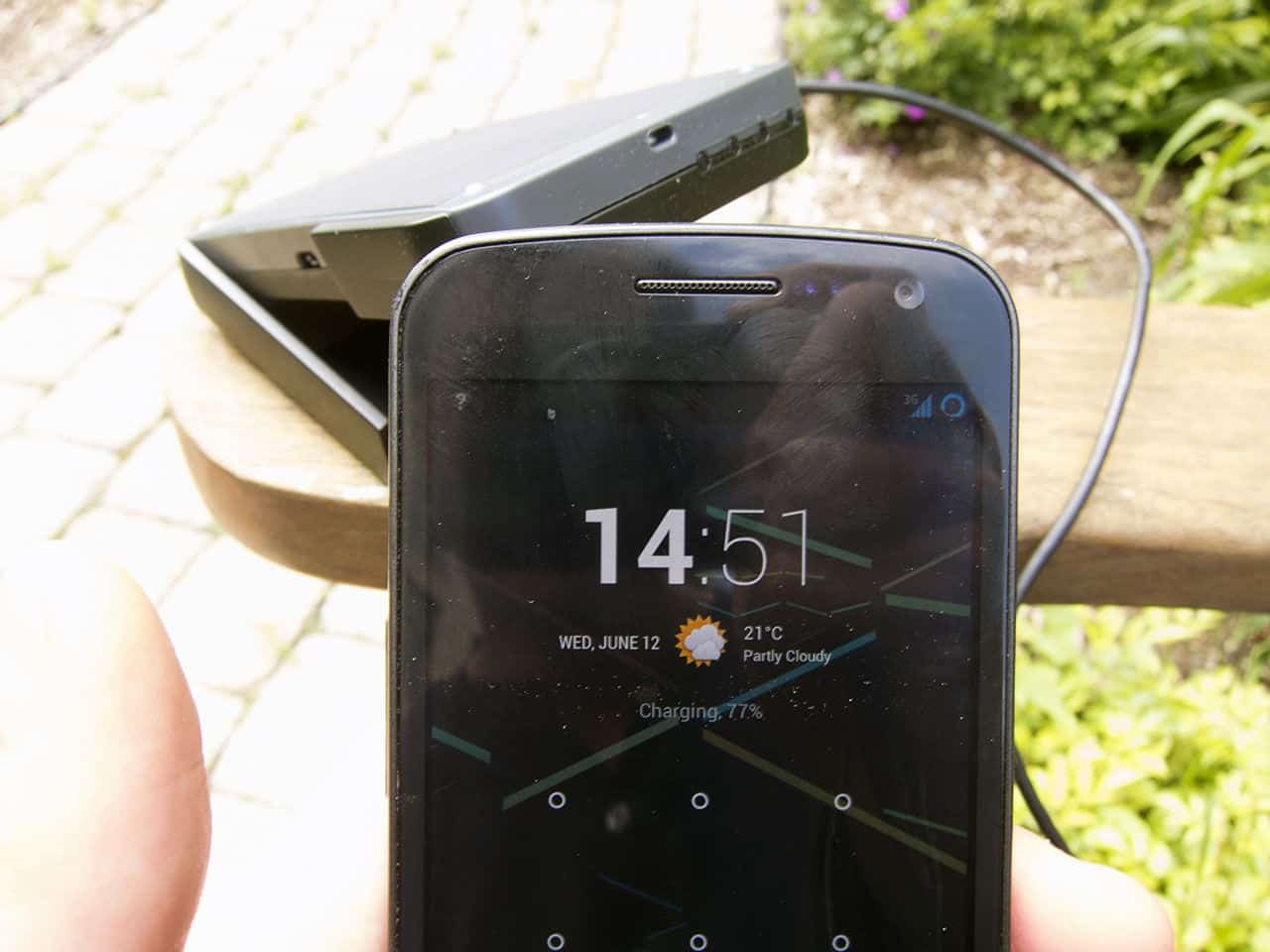 Since the 1980s, the promise of clean, inexpensive solar energy has been ever on the horizon, just beyond reach. You know, kind of like Cold Fusion and Mars’ colonization.

Lately that’s been changing, though, and we’re finally starting to see wide spread adoption of solar panels for homes, and now even smaller personal ones for charging phones, tablets, and other small electronics. One such personal solar charger is the WakaWaker Power. As you may recall from a few months back, I actually covered it briefly when it was still on Kickstarter. I was excited about it then, and now that mine actually arrived in the mail, and I’ve had a chance to test it for a week, well…

Full disclosure here guy, I’m a bit biased. You see, clean energy and emerging technologies that help make our world a better place get me pretty hot and bothered, and a person solar panel is firmly in that camp. I mean, man… it’s a fuckin’ solar panel that can charge your gadgets and gear. How awesome is that?

I can’t speak for the actual technology behind the WakaWaka power – you can find out more on the official website – but what I can say is that even during cloudy days, like in the photo above, the WakaWaka power still charges at a reasonable clip. In my experience, it takes about two full, 8 hour days of overcast sky to charge this sucker. I agree, it’s not exactly instantaneous, but it is free, convenient power, and the storage cell holds that charge for approximately 6 months.

On the left of the unit is a single LEDs which flashes as the unit charges, and on the right there are 4 LEDS which indicate how fully charged the battery is. The reason they’re off right now is because I brilliantly forgot to press the charge indicator button.

Also, see that little hole on the bottom of the stand? It too serves a useful purpose, which I’ll explain a little later.

Here’s the super bright LED lamp I mentioned in the title. It’s a lamp, it’s bright, and depending on how bright you set it, you can achieve up to 100 hours of illumination. This came in very handy when I was BBQing at night and needed a bright light to save myself from terrible burns.

Remember that “hole” I mentioned earlier? As you can see in the photos, you can use that to mount the unit on top of soda bottles, or hang it from say, your ceiling. Though the lamp is already quite easy to aim, this makes it even easier. Again, think camping, hiking, or end of the world survival.

The WakaWaka is Actually Inexpensive…

Solar technology, especially of the personal variety, has traditionally been quite expensive. That’s one of the main reasons I shied away for many years. But as the technology has improved, and adoption increased, the price has come down dramatically. You can actually pick up a WakaWaka Power for a measly $65 USD on Amazon. If you ask me, it’s a sound investment for power outages, camping, hiking, or those doomsday scenarios which are seeming all too likely.