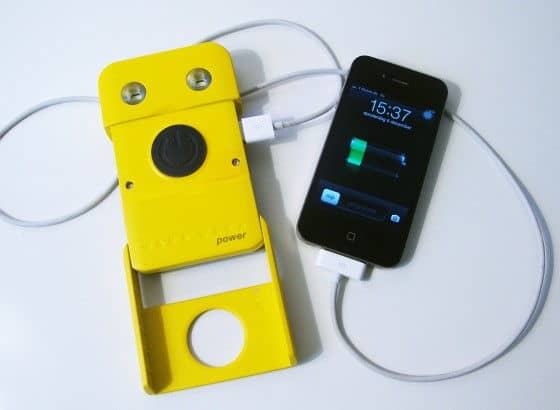 Through the course of the last few hundred years, the human race has changed dramatically. Where once we rode horses, cars now fill the streets. Where once there were torches, now there are light bulbs of every shape and size. As the late Carl Sagan once said, we’re an adaptable species. And in many ways we have adapted, but when it comes to our means of producing energy, well… we’ve got a long way to go, and that’s where the WakaWaka Power enters the picture.

Created by Camille van Gestel and a team of extremely talented people of a wide range of disciplines, the WakaWaka Power might just be the most efficient, least expensive compact solar power station on the market… or at least, almost on the market (more on that later). It’s capable of charging an Android or iPhone to 75% in about 6 hours, and on top of that, the built in high power LED light (yes, it has a light as well) will illuminate for another 10 hours or so. Not too shabby, right? 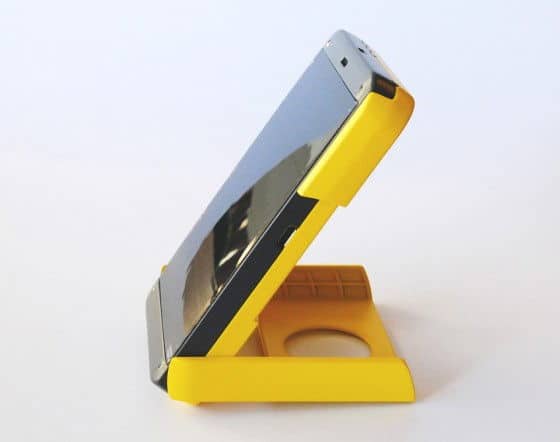 If you’re a frequent Kickstarter-er… then you might recognize the WakaWaka name from a project that Camille put together last year. Before he dove into a charging station, he created a solar powered lamp to provide people in developing nations with reliable light after the sun sets. Proper light is integral to say, reading a book, or studying, and it’s something that many of us take for granted here in North America. 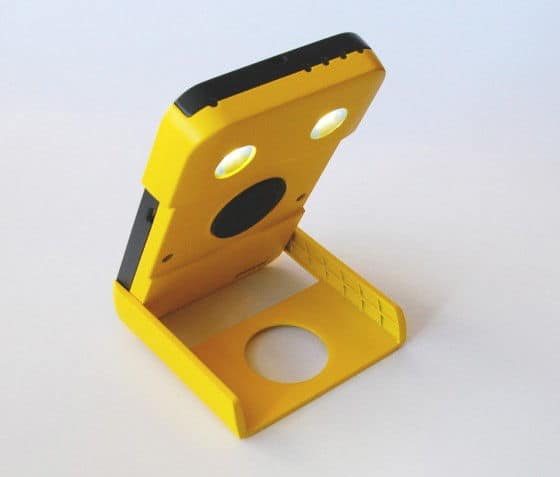 Notice that large circular cutout in the base of the station? Simply slip a pop bottle into the gap, and you can use the jerry-rigged contraption to cast light around your home in an emergency, or hell… simply just when you’re camping.

I think it’s safe to say that, despite the current technical limitations, and the the political resistance we’ve seen in the United States, that solar energy is going to be a huge part of our energy production pipeline going forward. Given the plentiful, free energy that the sun blasts us with each and every second, well… we would be idiots not to make use of it. The problem for people like you and me, is that solar panels are still rather expensive…. it makes it tough to dabble in them. That’s why I’m so excited that someone has created such a powerful, affordable means of solar energy, and I’ve shown that excitement through backing Camille’s project on Kickstarter.

Where can we buy the WakaWaka Power?

As you probably recall from earlier in the article, I mentioned that the WakaWaka power hasn’t quite reached the market yet. The reason for this is because – depending on when you’re reading this article – it’s still undergoing a campaign for funding on Kickstarter. At the time of this writing, the unit exceeded its funding goal of $50,000 by an additional $283,00! Once again, very impressive.

So you’ve got a few options here… if you’re reading this in time, head over to the WakaWaka Power Kickstarter page and make a pledge of $69 if you’re in the USA, or $79 if you’re international. That’s $10 off the eventual retail price, and you’ll get the device earlier than everyone else as well. Otherwise, you’ll just have to wait until Camille releases it on the official WakaWaka website. If you ask me, it’s an awesome deal for a great device, and you’ll be helping provide jobs for people in developing countries as well, as all the packing is going to be done in Haiti. I’m extremely proud to be a backer, and I plan to write a full review when the device arrives in May, 2013.