Continuing our coverage of the Trail Trek Tour, on day one we visited the SEMA show and went to a Baja 1000 qualifying with BFGoodrich Tires. Day two was the real fun day, where we were handed the keys to brand-new 2019 Toyota Tundra, Tacoma, and 4Runner, all in the TRD Pro trims, and finished in the TRD Pro exclusive Voodoo Blue colors. The objective of the day was to go to Wheeler Pass and see how these trucks preform off in the wilderness.

TRD, Toyota Racing Development, is Toyota’s performance division, products range from bolt-on parts to factory tuned vehicles like the ones we were testing. TRD badged trucks come in a variety of trims, some with visual upgrades and the TRD Pros are the top of the line vehicles with beefier suspensions, wheels and tires, and skid plates.

A Little Info On Our Test Trucks 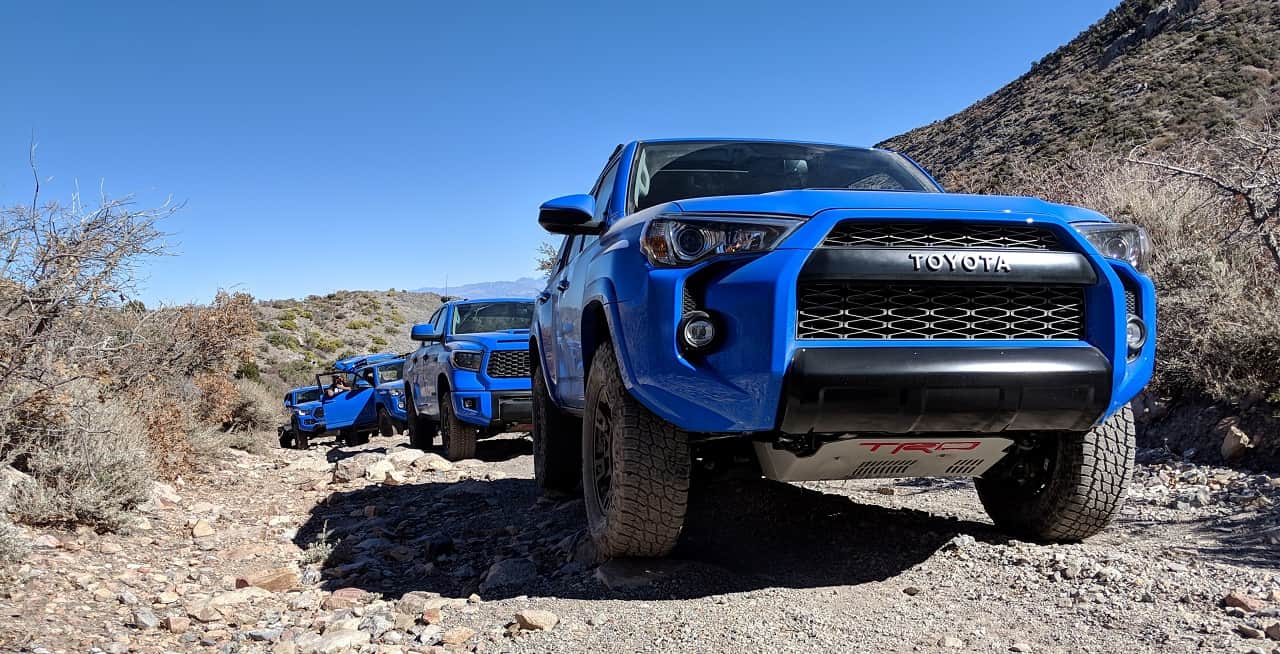 The 4Runner TRD Pro has a starting price of $46,415 US and is powered by a 4.0 liter naturally aspirated V6 engine, producing 270 horsepower at 5,600 rpm and 278 pound-feet of torque, mated to a 5-speed automatic transmission. The 4Runner TRD Pro comes with FOX high-performance shocks and TRD tuned front springs, it rides on black 17” wheels with all-terrain tires.

Of the three vehicles, the 4Runner was my favorite based on its looks, it just looks really bad ass with the small wheels and off road tires, aggressive front bumper, and the black roof rack. It just looks ready to be taken on the Dakar rally. 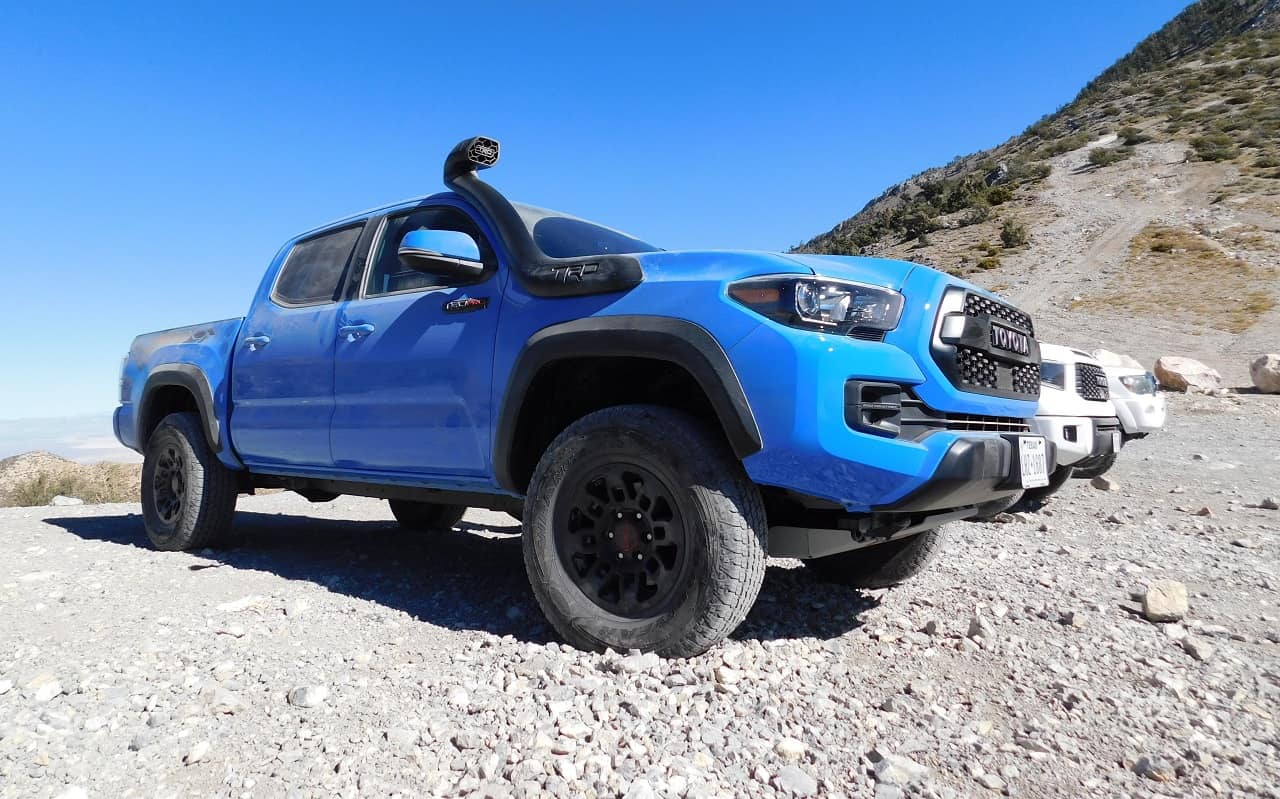 The Tacoma TRD Pro has a starting price of $42,660 US for the 6-speed manual equipped trucks and $45,365 for the 6-speed automatic equipped trucks. The Tacoma is powered by a 3.5 liter V6 engine, producing 278 horsepower at 6,000 rpm and 265 pound-feet of torque at 4,600 rpm. The Tacoma TRD Pro also comes with 2.5” FOX shocks, front skid plate, TRD black wheels, and an optional desert air intake. The intake makes the Tacoma look really cool, but looking cool is not the only function of this intake, it helps it breathe in fresh air when it’s being driven in sand/dusty conditions. 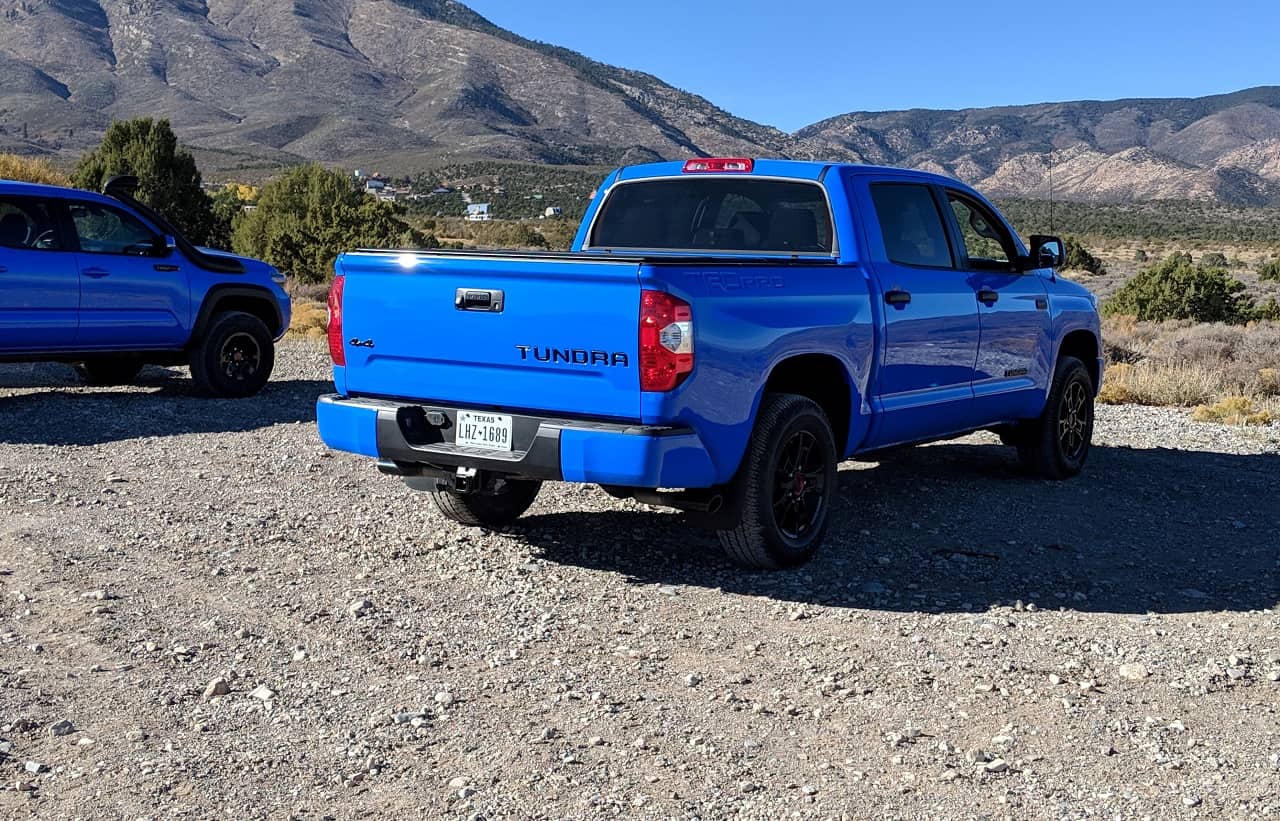 The Tundra was the biggest vehicle in our test fleet, the TRD Pro version of the Tundra has a starting price of $49,645 US and is powered by a 5.7 liter V8 engine that produces 381 horsepower at 5,600 rpm and 401 pound-feet of torque at 3,600 rpm, mated to a 6-speed automatic transmission.

Looks-wise the Tundra TRD Pro isn’t as distinct as the other vehicles in this group, but it does have some added features like black-chrome exhaust tips, which sound very nice. The Tundra TRD Pro is also equipped with FOX front and rear shock absorbers with piggyback reservoirs. 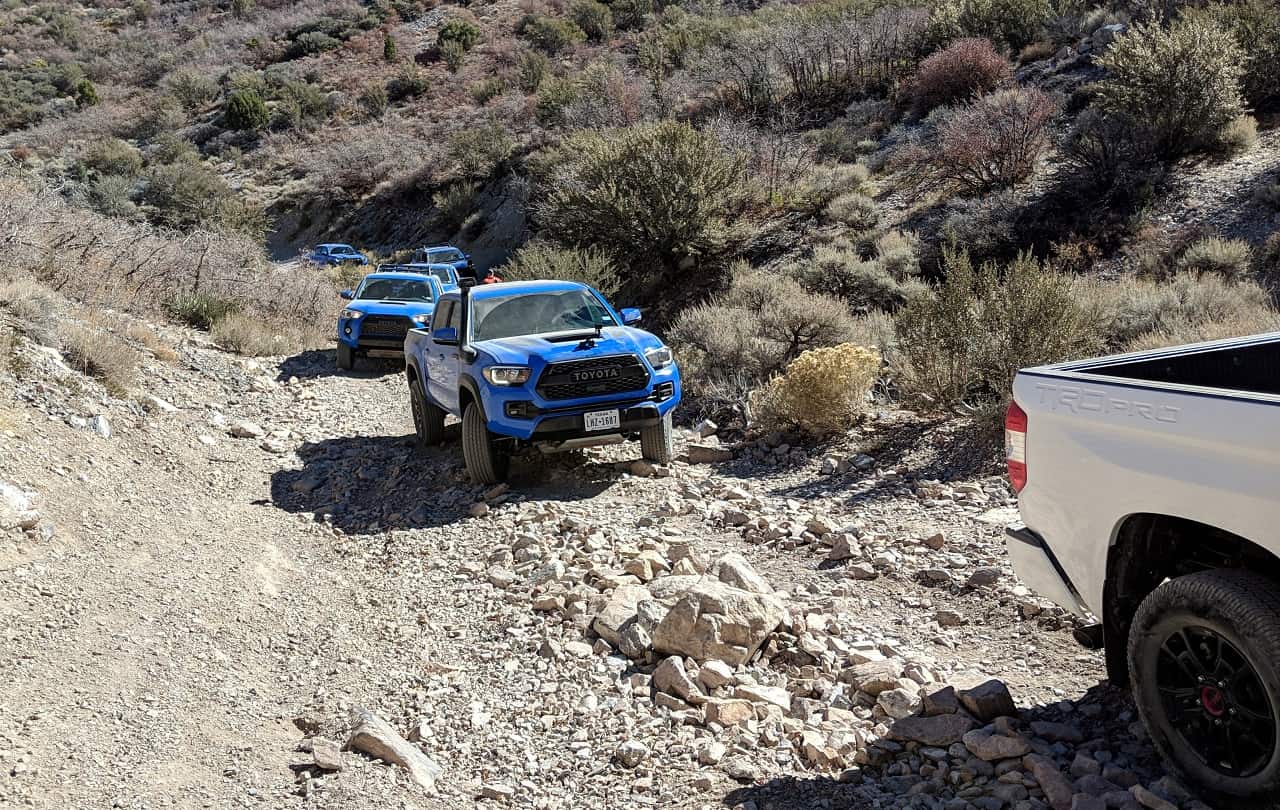 We all know Toyota makes some very tough trucks, I’m sure you’ve seen the Top Gear episode where the three clowns put a Toyota Hilux pickup truck through hell and it still starts up and is able to be driven. If you watch any video showing safaris in Africa, you’re more than likely to see Toyota trucks or Land Cruisers used as their main vehicles of choice.

The TRD Pro trucks we took off-roading come from the same DNA, and they performed very well on the trial with no breakdowns or damage, even though some of us from the group were off-road novices. The Wheeler Pass trail isn’t the toughest trail in the world, but it still has some pretty serious sections where you need 4WD low, a good amount of ground clearance, and beefy tires. Our TRD Pro trucks navigated these rocky trails with ease and the ride inside the trucks was relatively comfortable.

Based on looks, the 4Runner was my favorite, based on off-road driving, the Tacoma TRD Pro was my favorite. The size and ground clearance of the Tacoma was just right and the V6 engine had plenty of low end grunt to get us over the biggest rocks the trail had to offer. The other vehicles were just as good, but I felt most comfortable behind the wheel of the Tacoma on these trails. 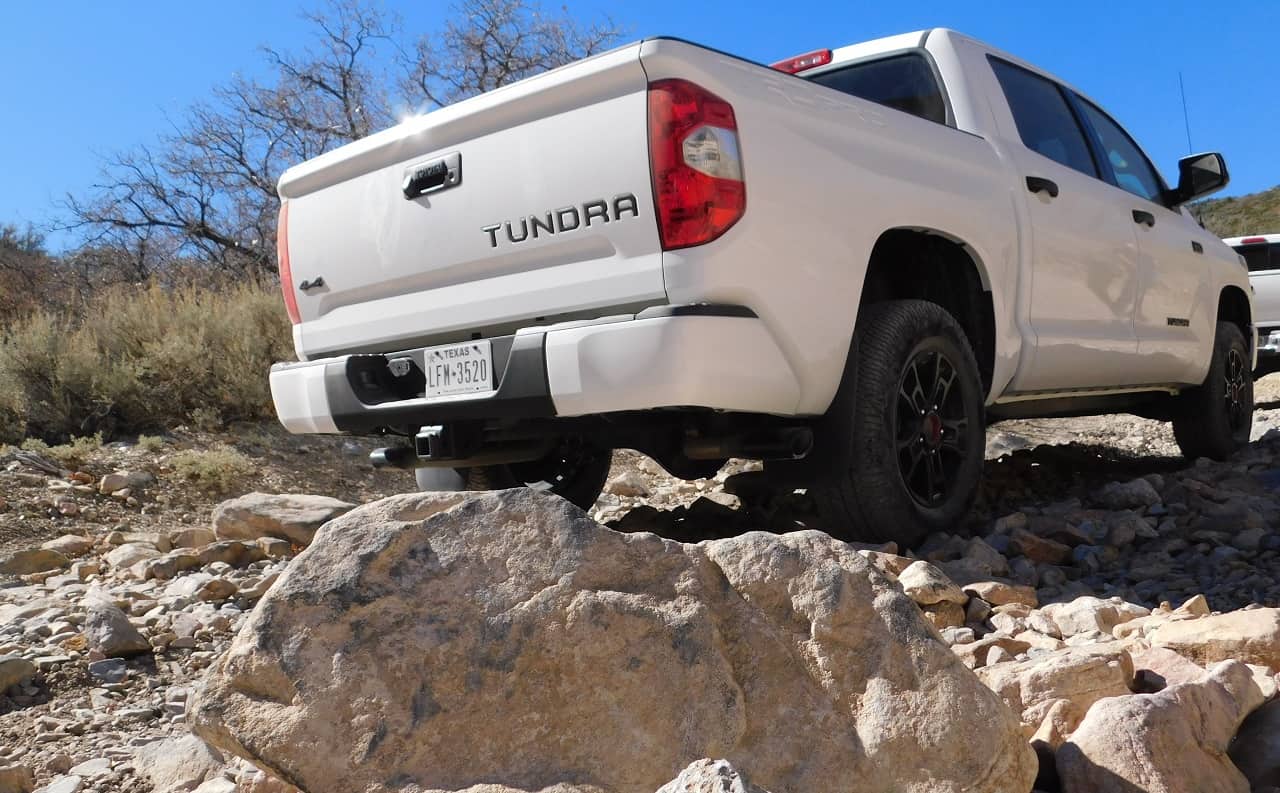 I was a little overwhelmed with the Tundra, especially in the tight sections because of its size. I came through just fine, but I didn’t want to be “that guy (that wrecked a brand new $50k+ truck)”.

What surprised me the most was how well these trucks behaved on the paved roads around Las Vegas. I was expecting a bit of a bouncy ride on the highways and city streets, which is the case with most/all body-on-frame vehicles. I think the beefy FOX shocks had a lot to do with the softer and comfortable on-road ride on these trucks, they almost felt like luxury cars.

Overall, it was a great experience taking these off-road capable vehicles off road. Normally when I do car reviews, the manufacturers don’t let us actually use the vehicles the way they were meant to be driven. This opportunity with the Toyota TRD Pro trucks was great for seeing how well these capable trucks would perform, if we ever left the city streets. 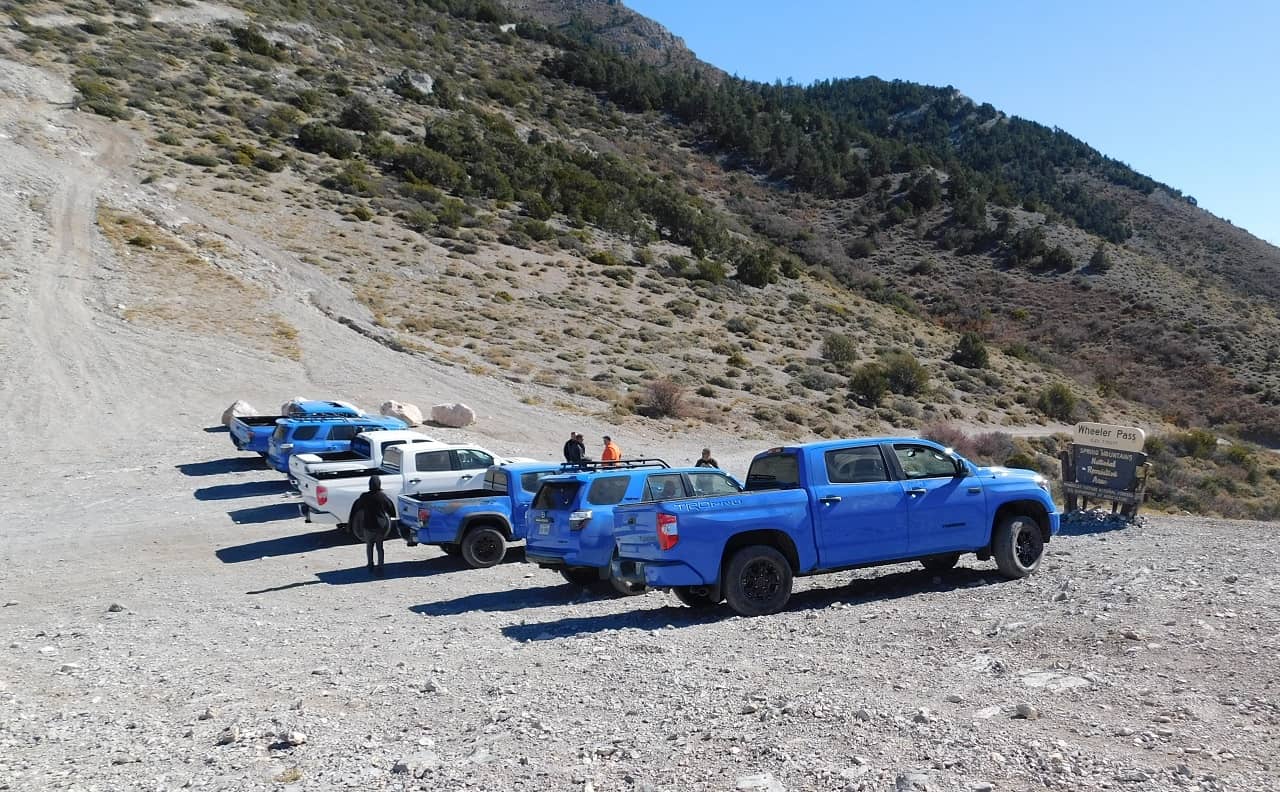 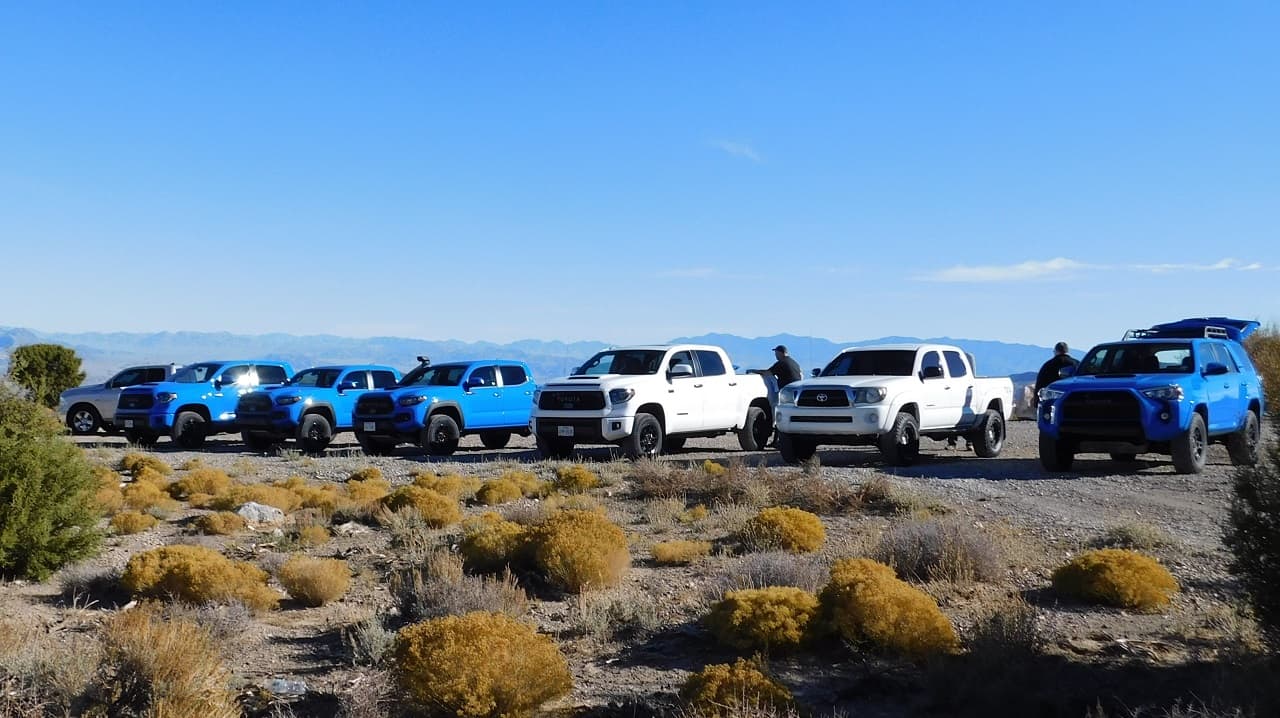 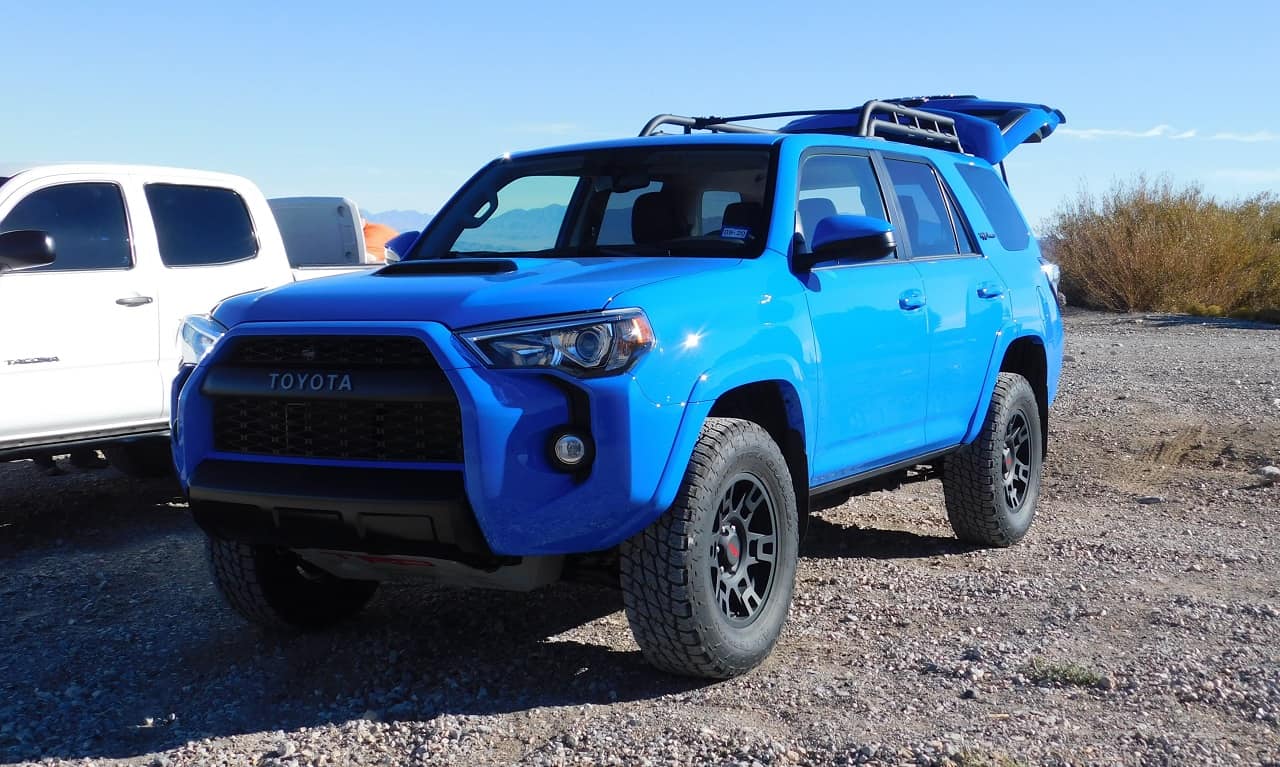 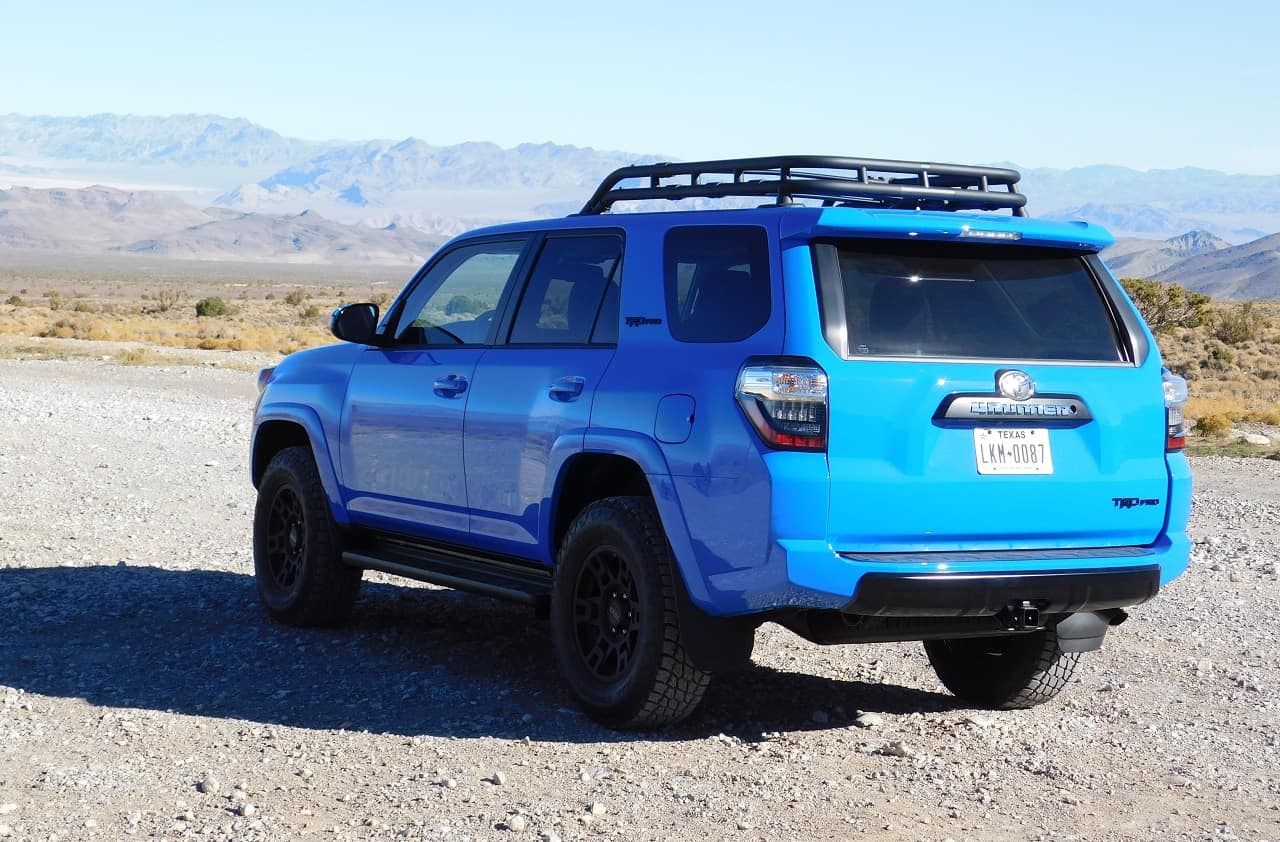 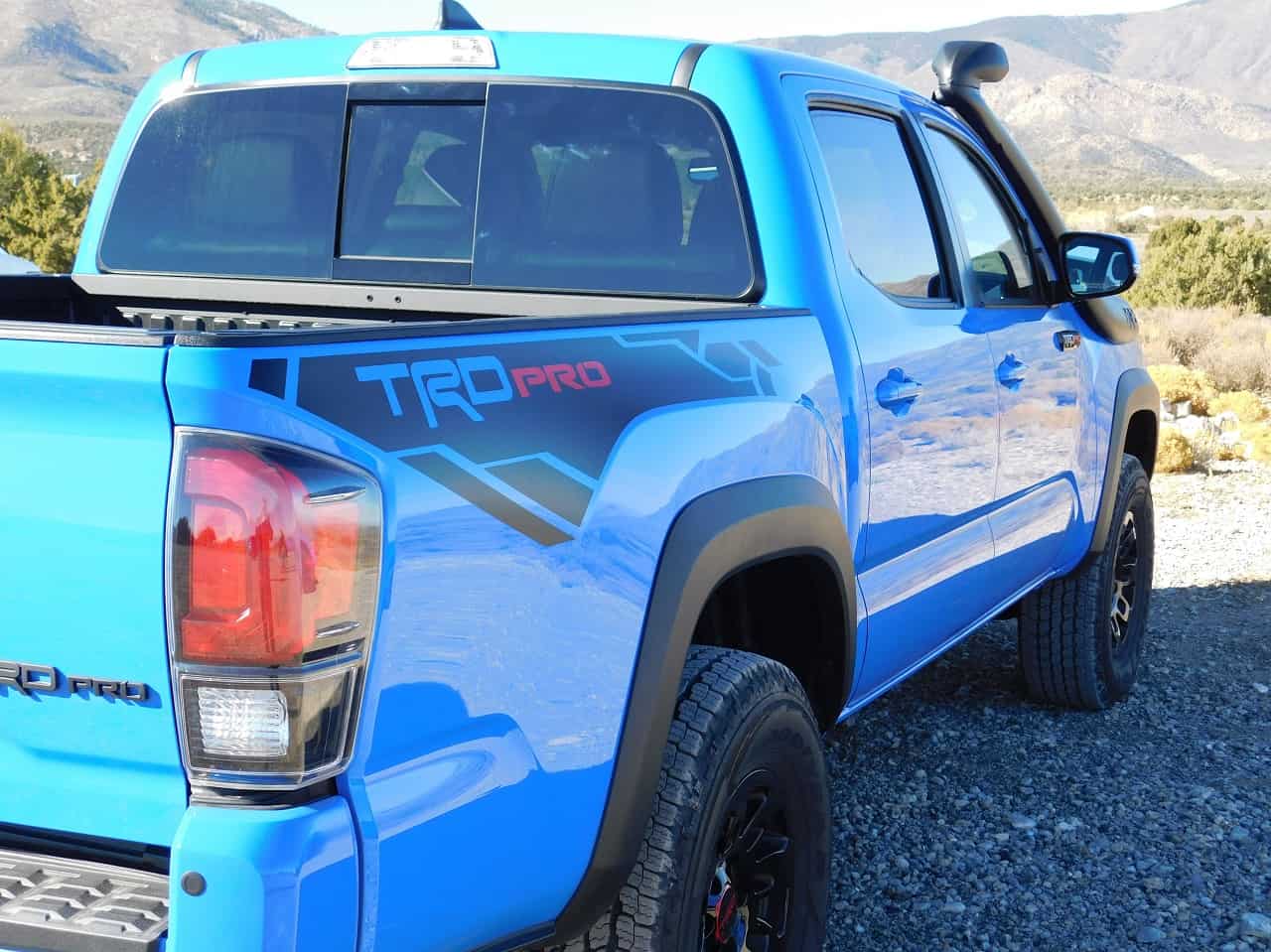 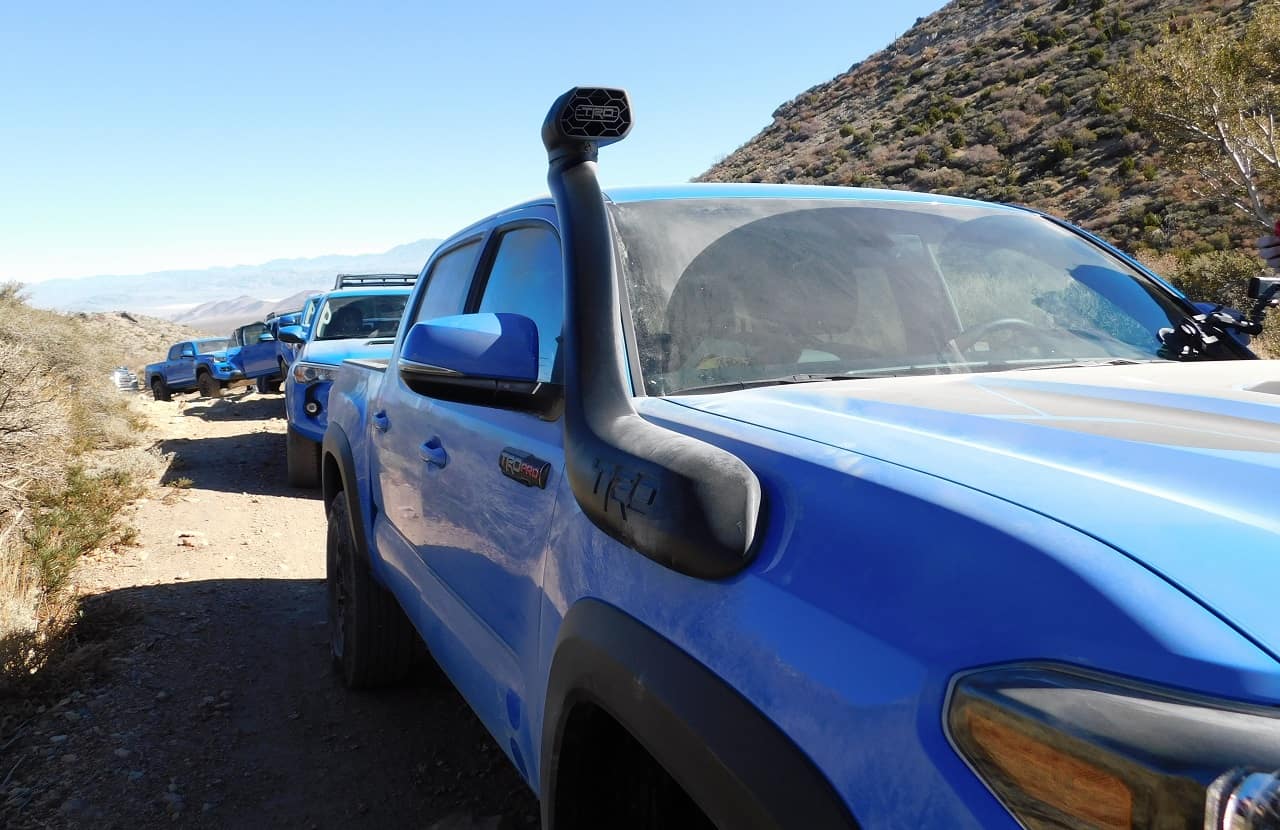 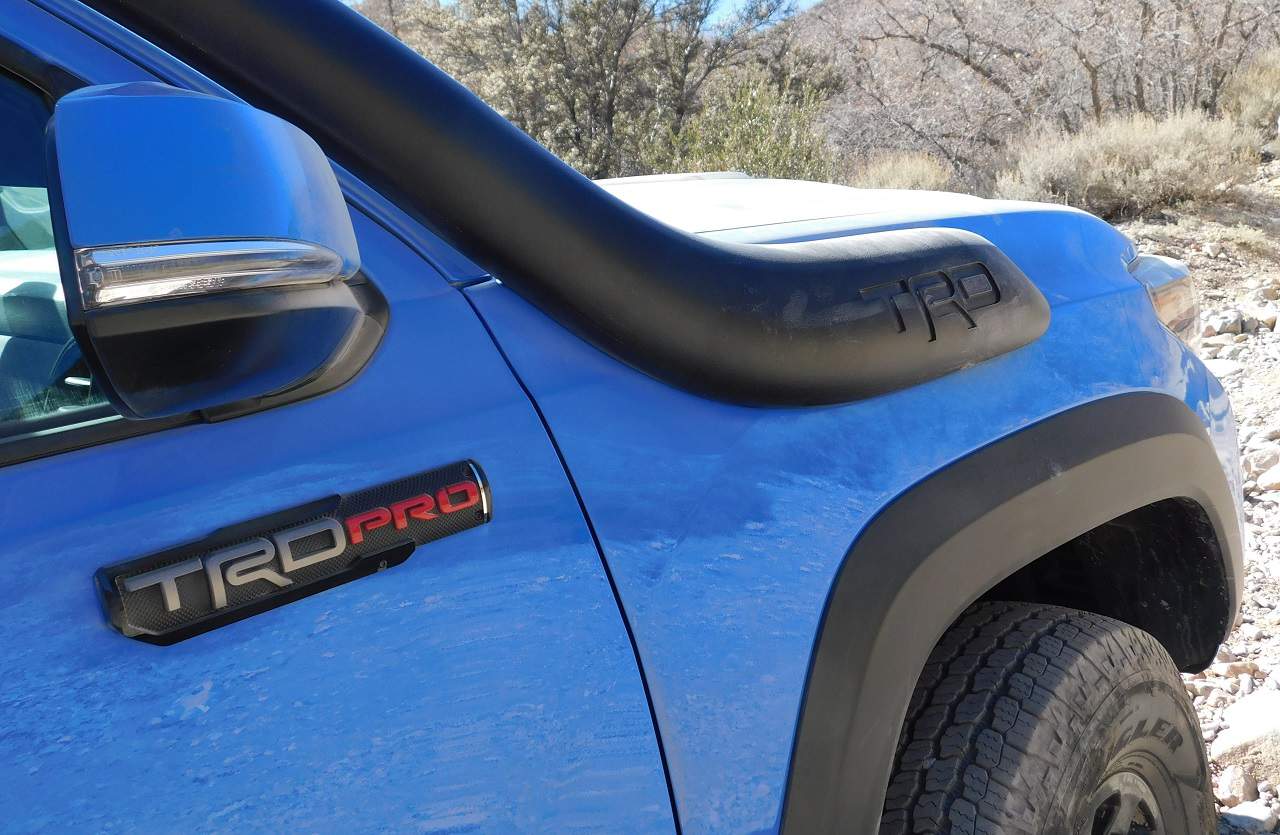 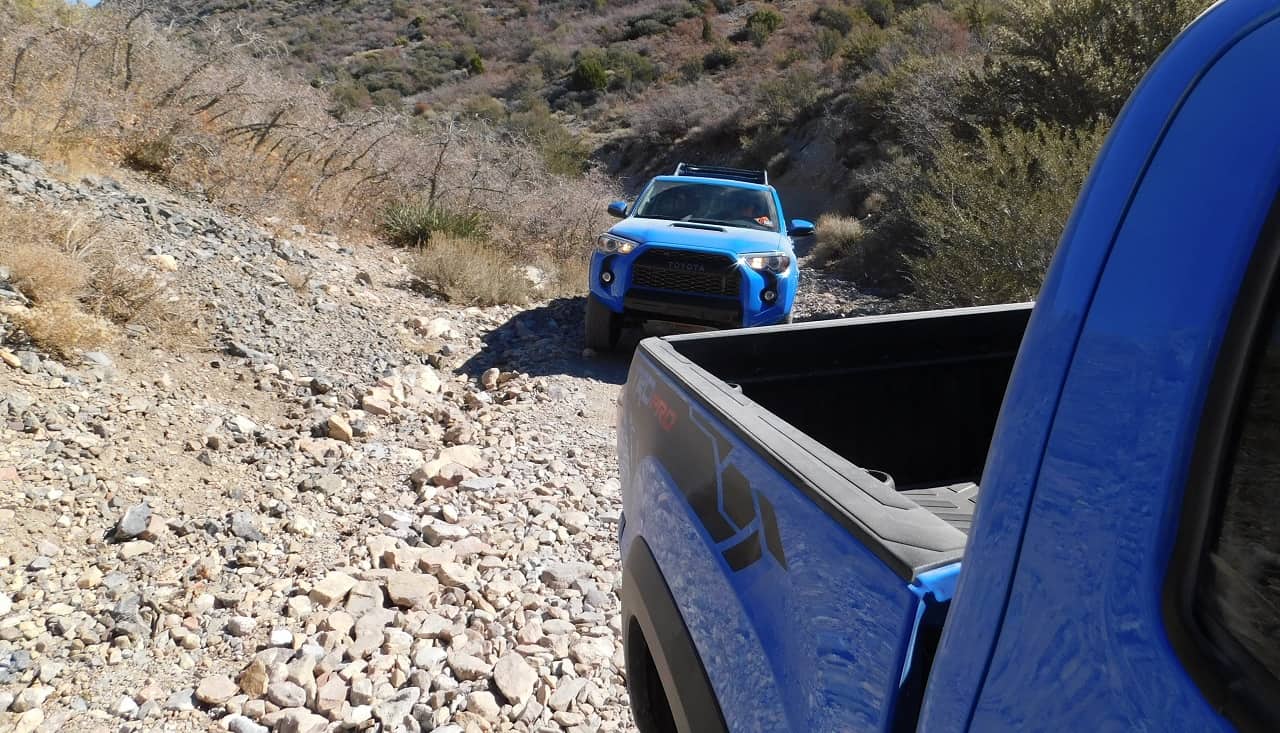 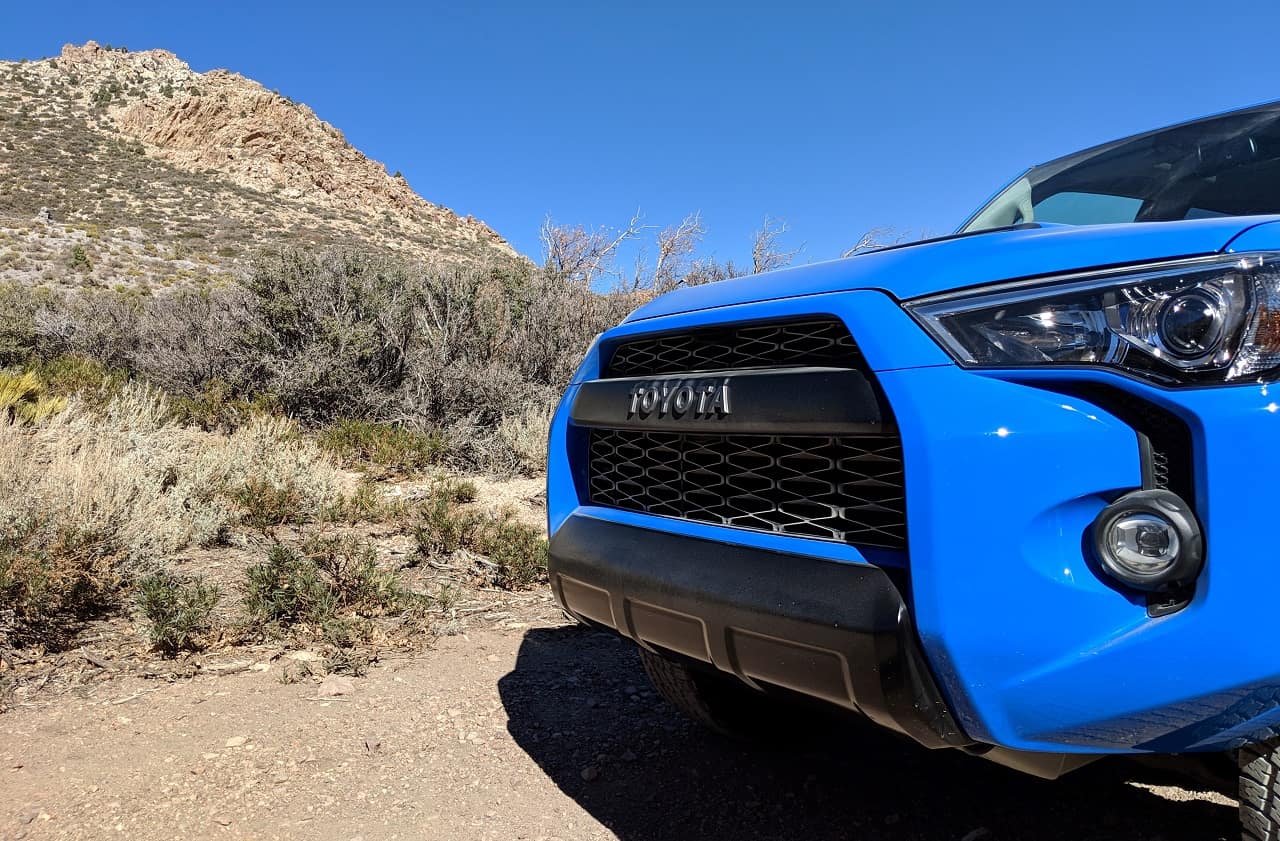 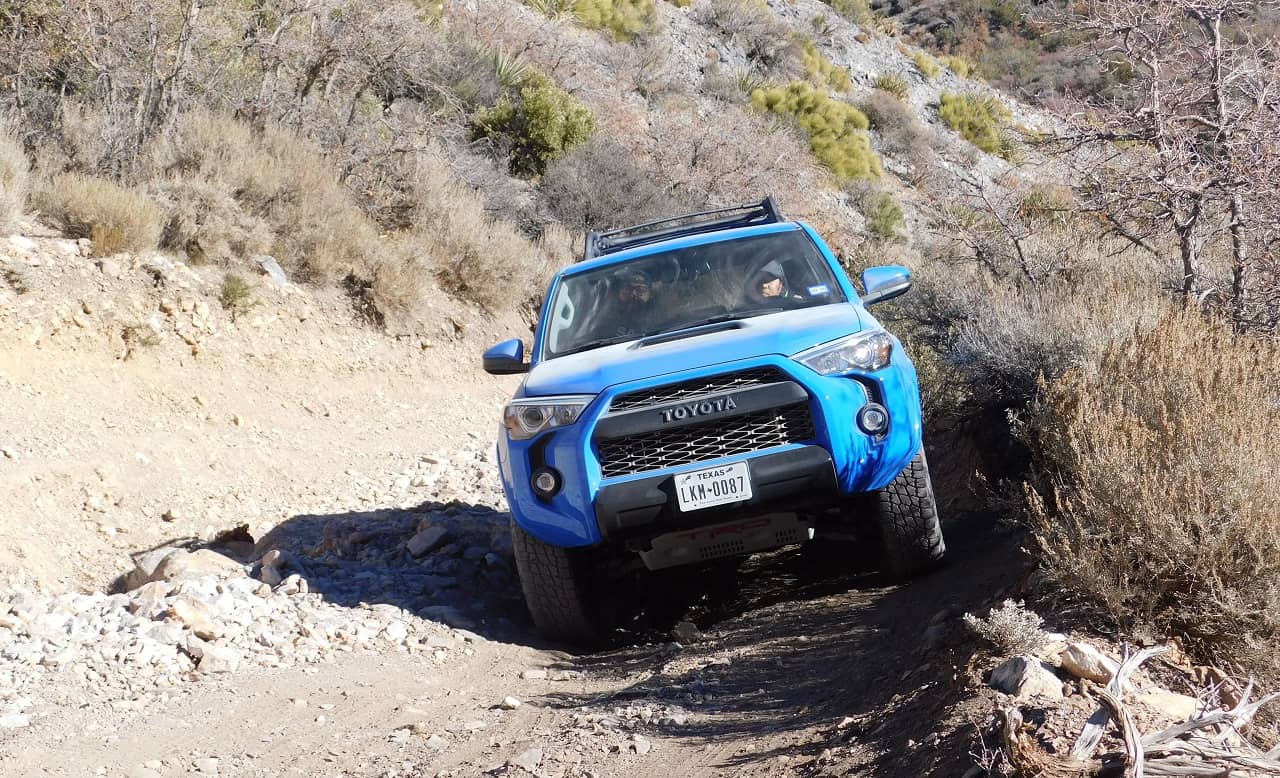 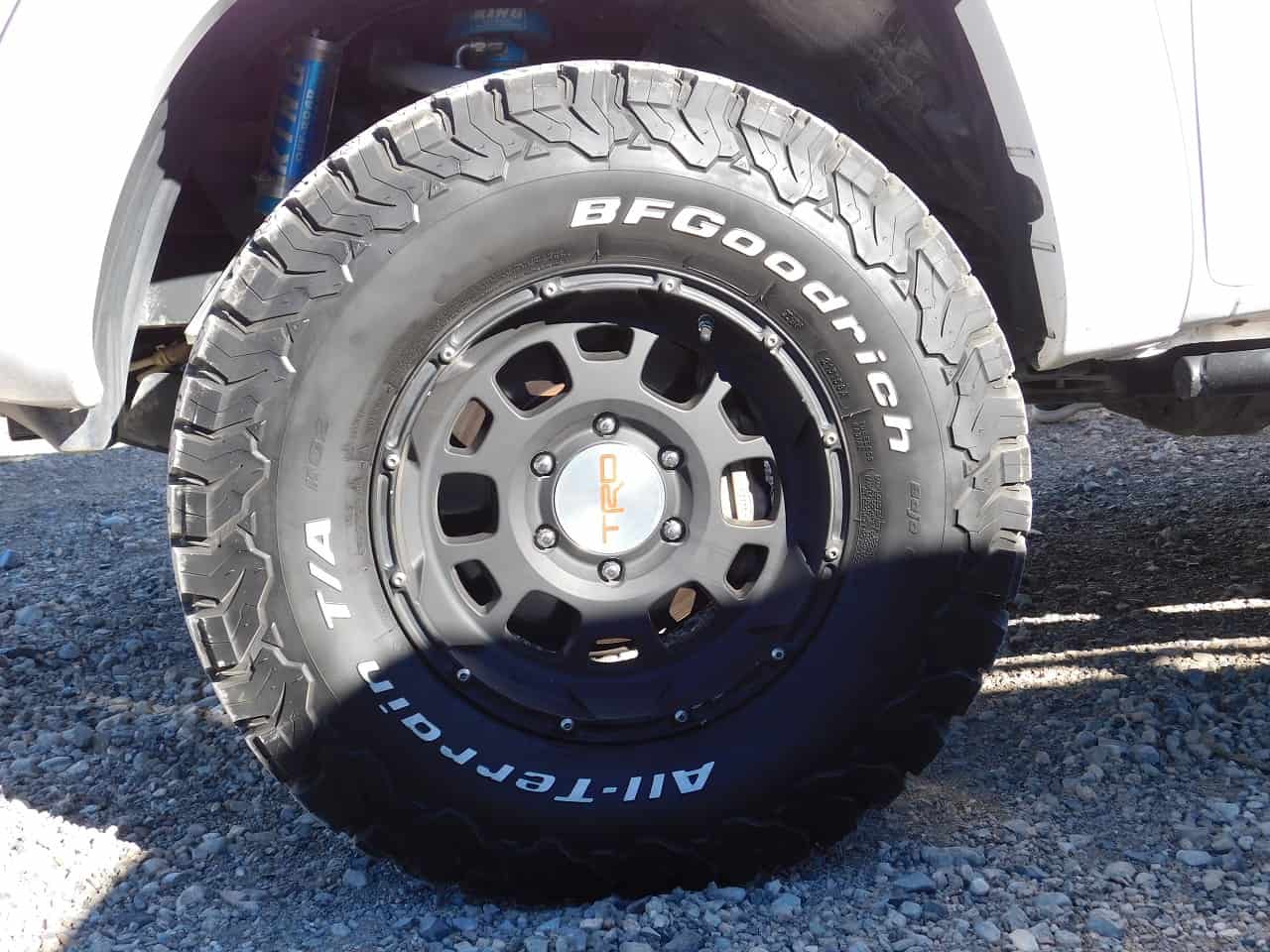 How Men Can Choose the Perfect Pair of Boots