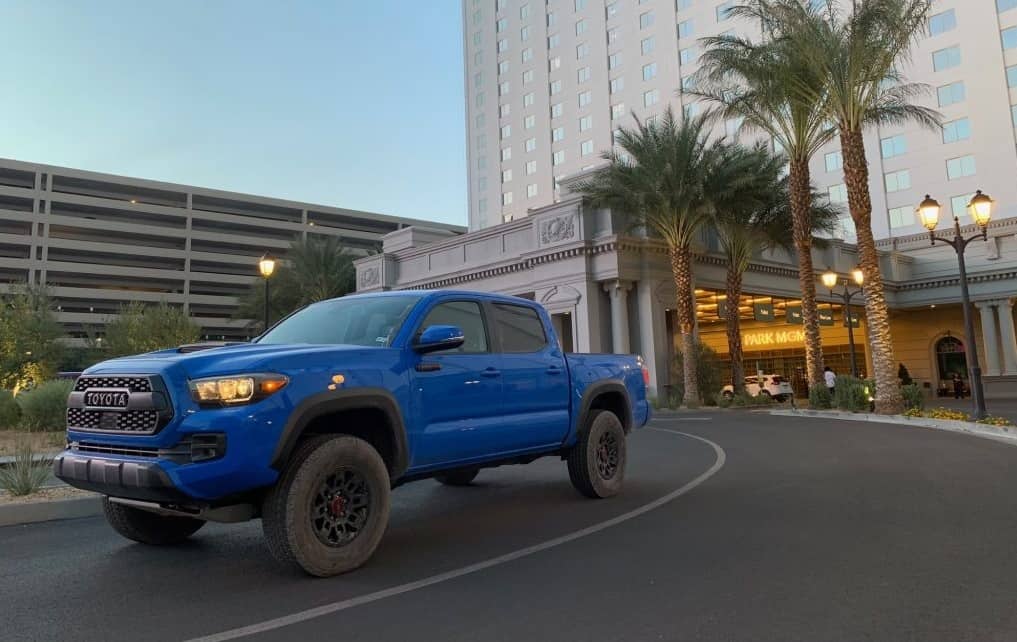 We were invited to the second event, which took place in and around Las Vegas. The title sponsors of the event were Toyota TRD Pro and MGM resorts, with a little help from BFGoodrich Tires.

The event included a stay at the newly launched Park MGM hotel, a visit to the SEMA show, a trip to Baja 1000 qualifying with BFGoodrich Tires at Las Vegas Motor Speedway, and a day of off-roading in Toyota TRD Pro trucks at Wheelers Pass in Nevada.

We will be bringing detailed coverage of the Toyota TRD Pro experience and all the cool places/restaurants we visited with the MGM Resorts crew in the very near future. Stay tuned…

The Sanction Backpack by Mission Workshop