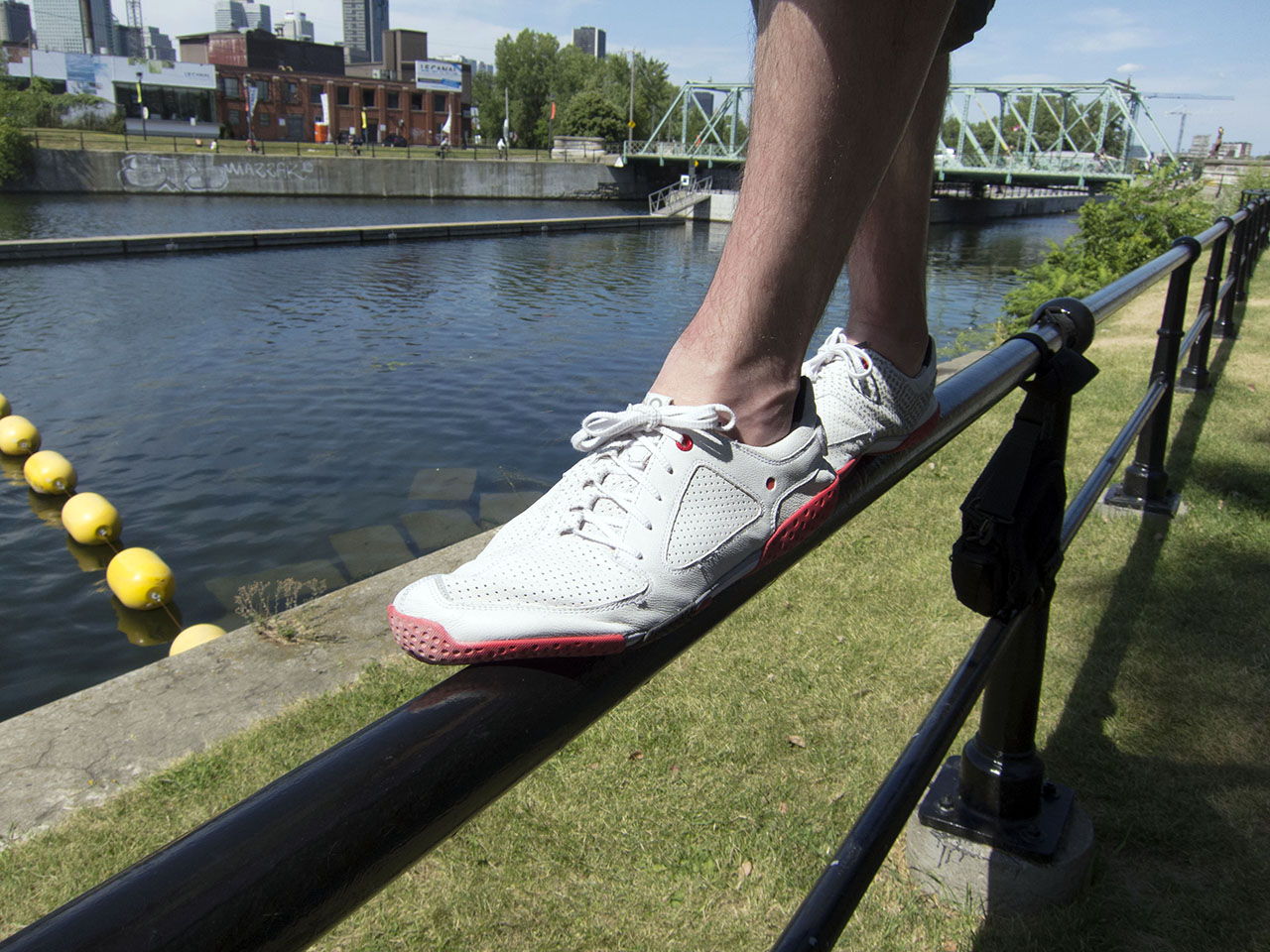 I’ve tested out a great many pairs of minimalist running shoes over the last two years. As someone who trains Parkour, and who travels on foot most of the time, “awesome shoes” have become one of my many obsessions. After all, there’s almost nothing more satisfying that a great new pair of shoes.

The trouble is that finding that perfect pair of minimalist running shoes (or even running shoes in general) has been quite the challenge. As more and more people have jumped on the “barefoot movement” and demand for this style of shoe has increased, we’re seeing a lot more variety. Unfortunately, many of the companies designing these shoes, well… kind of suck. That’s why, after testing out a pair of SKORA FORMs – a relative newcomer to the running shoe scene – I feel that I’m two steps closer to finding the perfect minimalist running shoe.

I always find it difficult to objectively review minimalist running shoes, because by their very nature, I feel they are, in general, far better than “traditional” running shoes by being so much thinner and lighter. Having said that, I enjoyed reviewing the FORM more than any other running shoe in recent memory. It isn’t the lightest or the thinnest, but it feels like the most “complete package” to me. SKORA has done a good job adding in just about every useful feature I could want in a minimalist running shoe, while maintaining a high level of construction quality. What more could a man ask for?

If you’re interested in finding out more about the technology behind SKORA shoes, or learning more about their company, then you can do so by heading to the official SKORA website.

The Skora FORM retails for about $185 USD, and you can order a pair on the official website or on Amazon. If you’re already buying on Amazon, then you may as well order it there and save on the shipping cost. It’s a nice little perk, especially when you’re spending almost $200 on a pair of shoes.