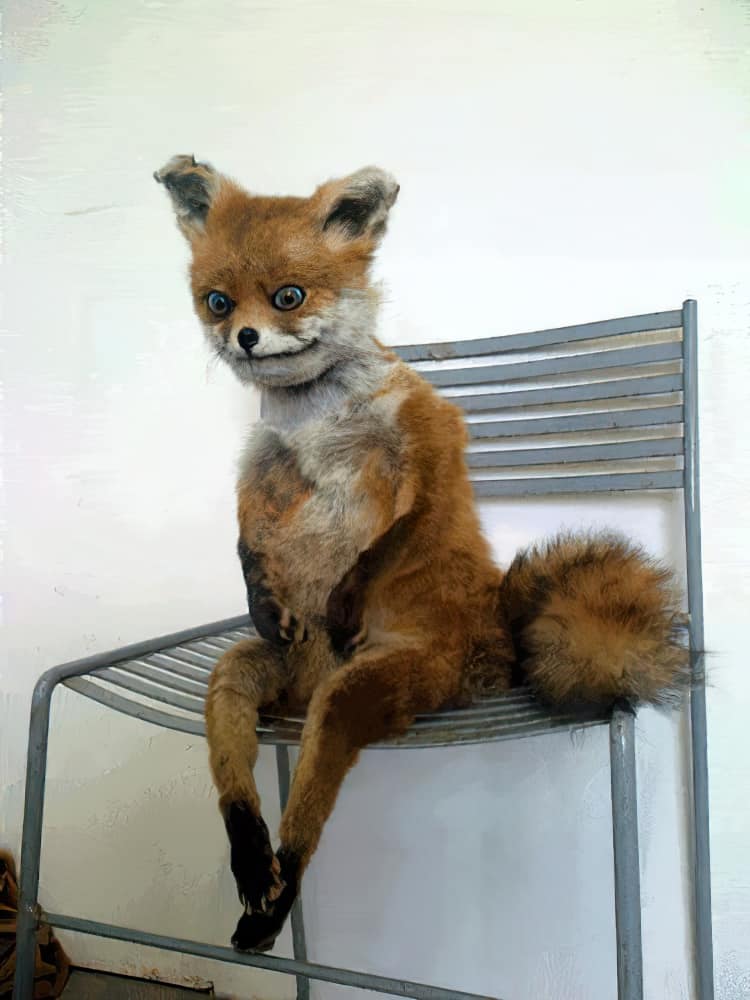 The internet is often a place of wonder. Anything a person could want to know is no more than a few keystrokes away. Whether looking up Einstein’s birthday or the latest and greatest pictures of terrible taxidermy, I’ve learned more about computers, science, technology, and the nature of things than any school could teach me. For that, I’ll be eternally grateful.

However, the internet is also full of awful, mind-searing phenomena. One of those is the proliferation of terrible taxidermy pictures. I don’t know who started this trend, but there are entire websites and social media accounts devoted to sharing photos of the worst stuffed animals you’ve ever seen.

These pictures are not for the faint of heart. They feature everything from animals with wonky eyes and mouths that look like they’re screaming in pain to creatures that have been so poorly taxidermied that they’re barely recognizable. Trust me; you will not be able to unsee these once you’ve laid eyes on them.

So if you’re feeling brave (or have a morbid curiosity), look at some of the most terrible taxidermy pictures out there. But beware, they might haunt your dreams.

You see, I stumbled onto a Tumblr page a few days ago that I immediately thought was fake. It was full of the images you’re about to see, and my mind immediately recoiled at the awful creatures I saw. Once majestic animals turned into creepy, wooden creatures with mangled, Picasso-like faces doing downright bizarre things. There’s one fox in particular that will forever haunt your nightmares. That much, I promise.

I showed the page to some friends, who were just as skeptical as I was. Surely no one would do such a thing to an animal, right? Wrong. Taxidermy is real, and people have been doing it for centuries. It’s pretty popular in certain circles. But even the most skilled taxidermists can sometimes make mistakes, and the results are often disastrous.

And then some don’t know what they’re doing but try anyway. The results, as you’ll see, are even worse.

So without further ado, here are some of the most terrible taxidermy pictures I’ve ever seen. I warn you; they’re not for the faint of heart.

What person wouldn’t want to step out of bed in the morning to find this ferocious feline hissing at them? Its evil face, frozen in time, will never fail to induce pants shitting for the bleary-eyed waking up after a restful slumber.

It seems these cool cats took the same drugs our friend above took, just moments before kicking the bucket. They’re either extremely excited, very high, or a combination of the two. Munchies, anyone?

I… I don’t even know. Just in case you’re wondering, yes… this is supposed to be a cheetah. I realize that may seem like a stretch, but trust me on this one. Its running days are over, but it makes for an excellent footstool—another example of terrible taxidermy.

This has got to be the saddest otter I’ve ever seen, dead or alive. Once again, what person would want this to adorn any part of their home? Do the owners lock it away, only to bring it out when they feel the need to cry themselves to sleep?

So… many… drugs. This picture is almost making me hallucinate just looking at it!

I can’t quite put my finger on it, but somehow I have trouble believing the cat’s face looked like this before it expired. I don’t know… something about the color of the eyes, perhaps? Yes, it must be that…

This is the fantastic fox that I mentioned earlier. If ever there excited a murder fox, this would be it. Deep in sleep, tucked into your warm bed, the murder fox slowly creeps forward, one paw at a time, just waiting to plunge its massive blade into your uvula.

I wanted to end this motley collection on a happy note. This is by far the jolliest dead lion I’ve ever gazed upon. Sure, its face may be mangled, and its tongue may look like an overcooked piece of tenderloin, but you know… can’t have it all.

Why are there so many hilariously bad taxidermy animals?

When I see some of the terrible work out there, like these lousy taxidermy animals, I can’t help but wonder: do these people not know that their work is a laughing stock? Does the taxidermist not understand that the lion he’s just completed looks nothing like the majestic creatures we see roaming the savanna? Surely they know these pictures will find their way online and be ridiculed for all eternity?

These pictures are of the worst taxidermy animals I’ve ever seen. And believe me, I’ve seen a lot of bad taxidermies. But these…these are something else entirely. Hilariously bad and yet strangely compelling. You can’t look away!

Wanna see some of the worst stuffed animals you’ve ever seen? Well, we’ve got just the place for you! More terrible taxidermy pictures for your entertainment and horror. Starting with the Orville Copter that Gina wrote about, followed by the mother load – the Tumblr full of user-submitted terrible taxidermy. You won’t be able to look away!

So go on, take a look. But don’t say I didn’t warn you… some of these pictures are truly terrible.

Have you seen any in person? Let us know in the comments!

5 Essential Male Activities You Need to Try at Least Once