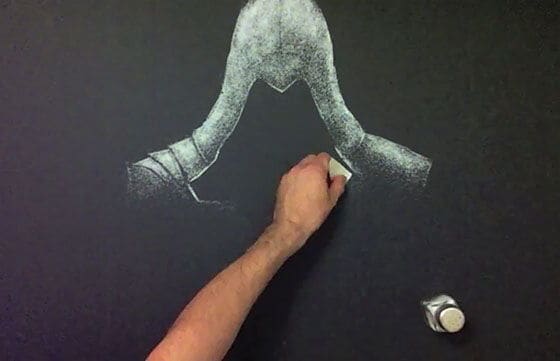 Though the release of Assassin’s Creed: Revelations has come and gone, devoted fans are still finding creative ways to create incredible tributes to the franchise. Bashir Sultani is one such person, and he’s managed to portray Ezio in an artistic medium that I wasn’t aware even existed. He created Ezio using only… salt.

Unlike the terrible movie starring Angelina Jolie, this time-lapse video of Bashir creating Ezio can only be described as “super awesome”, or possibly “it’s sad how much time he probably spent on that; does he actually have a life?”. The video starts off with a very salty Assassin’s Creed logo, and ends with an impressive looking portrait of our favorite assassin, Ezio Auditore.

Based on Bashir’s YouTube account, it seems he’s done dozens of art pieces using salt. Perhaps I’m just easily impressed, but this isn’t the kind of material that I would expect most artists to use. Sure, a person could use paint or even their own vomit, but salt? Now that’s just strange! Whatever his reasoning, though, the end result is pretty damn cool. Bashir, if you’re reading this… I would like to commission a portrait of myself with a monkey on my shoulder. I mean this in the truest sense, ie: an actual monkey, not a bad habit. What person wouldn’t want to own a monkey?

If you’re interested in seeing more of Bashir Sultani’s incredible works of salt, I highly recommend heading over to his YouTube page. It’s chalked full of time-lapse videos of him doing his thing in a way that’s almost mesmerizing.