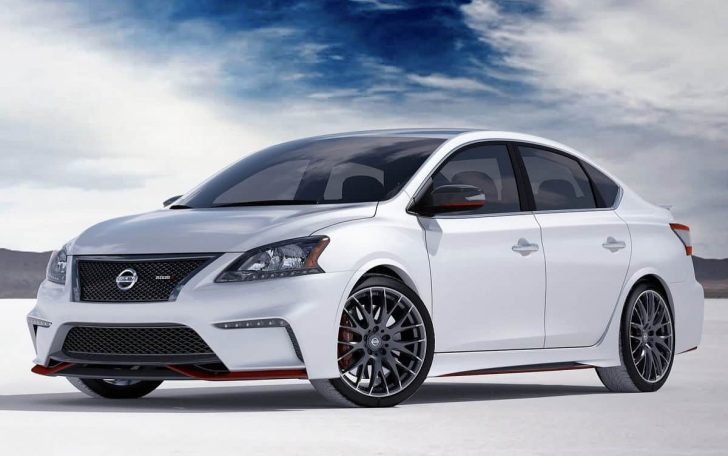 The original Nissan Sentra SE-R from the early 1990’s was a total sleeper and unfortunately, it went unnoticed by many. It was a fun little pocket rocket vehicle and was brought back to life in 2002 as the Nissan Sentra SE-R and the SE-R Spec V. Back in 2002, I was in the 11th grade and was super excited when my dad purchased the vehicle. It featured a 2.5-liter four-cylinder engine producing 175hp and 180 lb-ft of torque, six-speed manual transmission (in the Spec V), and Nissan R34 GT-R inspired front fascia. It was a good looking, great handling, sporty family sedan which is why I was very disappointed when Nissan cut the SE-R Spec V from its lineup for the new-generation of the Sentras which came out this year.

But there is some hope for a steroid infused Nissan Sentra with the revealing of the 240 horsepower Sentra NISMO Concept at the LA Auto Show. The new 2013 Sentra is leaps and bounds better than the previous generation in terms of looks but it could certainly use more power and this concept has the answer. The standard 1.8-liter four-cylinder is rather boring but with the addition of a turbocharger from the NISMO boys along with other fine tuning, the vehicle develops 240hp and 240 lb-ft of torque. I like the sounds of that!

The four banger is mated to a six-speed manual transmission and features a limited slip differential for enhanced handling and grip. Just like the SE-R models, the suspension on the Sentra NISMO Concept has also been updated with performance shocks and springs and now sits on 19-inch RAYS aluminium-alloy wheels wrapped in 225/35R19 Michelin SS performance tires. For added stopping power, the vehicle features Brembo brakes.

And from the outside, the aggressive styling and changes are quite evident with an aerodynamics package that restyles the front and rear bumpers, adds a rear diffuser, side skirts, trunk lip spoiler, new front grille, and NISMO’s trademark red accents throughout the vehicle. The interior shots are not available at the moment but you can bet the cockpit of the vehicle will be a lot different. The front seats will be from Recaro with custom black leather, a sports steering wheel with red leather, and a matching shift knob. The instrument cluster will feature a satin carbon fiber finish and dark chrome accents.

No word yet on whether Nissan will actually make the Sentra NISMO available for purchase but Nissan is selling the 370Z NISMO, Juke NISMO/RS, and the upcoming GT-R NISMO. So why not a Sentra NISMO as well? Fans have already been begging Nissan to bring back a high-performance Sentra straight from the factory for the past year. So keep your fingers crossed and let’s hope something comes of this.

Delight Your Friends and Family with a Jacquie Law

Egyptian Sights to Watch Out For On Your Next Egyp

Hone Your Skills by Playing Free Poker After Regis

The Many Names of CBD Hemp Oil https://www.unfini

Enjoy Attending A Live Football Match With These 3

Cinera Edge: Cinema Viewing Will Never Be The Same