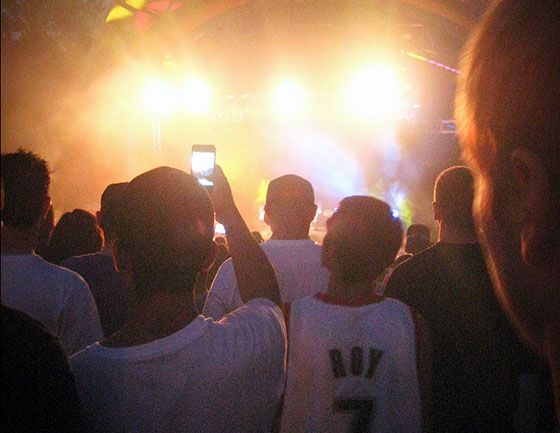 I think it’s safe to assume that most of you like music. You probably listen to it on your commute to work, on the subway, and when you’re sitting at your desk pretending to get work done. Yes, you even dance to it when you’re out at clubs and concerts. The latter two involve actually spending time with other people, and that’s what I want to focus on.

I have an absolutely massive music collection thanks to the likes of Apple iTunes and other online music buying locations, and that’s great… I can listen to music any time I like from the comfort of my chair, or the torn up seats of the subway. But there’s something special about enjoying music with other people, especially in a massive crowd. Everyone is there to do the exact same thing; dance and enjoy themselves. In the process, you even get to see your favorite band, and probably in a way that’s simply not reflected when you listen to them on your phone or sound system.

Staying Sane, Getting Out for Cheap

If you’re like me and often find yourself at home or in the office and need a change of pace, try picking out concert tickets to a few shows over the next few months. They’ll give you something to look forward to, and they’ll undoubtedly succeed in forcing you to leave the house because a) you’ve already spent money on them and b) they’ll be events that you’ve scheduled well in advance. Sometimes we just need an excuse to get out, especially if we’re unemployed or work from home. Believe me, I say this from experience… sometimes I have to force myself just to go for a walk.

If you’re self-employed, this is a no-brainer, but for those of you that are unemployed, you may be asking “why the hell would I spend money on concert tickets when I can’t get a job?”. It’s a fair point, and though my advice may sound counter-intuitive, I think the mental break from today’s job market is worth the cost of admission. Unless you’re completely destitute, it’s worth treating yourself to something every now and again. You can pick up concert tickets online, or at a slew of other local vendors for cheap, and you’ll get a memorable night and a bit of a break out of the deal. After that, hopefully you’ll feel energized and ready to get back to your work, or continue looking for work.

If concerts aren’t your thing, don’t worry, there are plenty of things you could do with your time. The point is to get out of the house. Don’t be one of those people that burns out from working too hard – be it at your job, or at the task of finding a job. You’ll be no good to anyone if you don’t have fun every once in a while, and that will be a sad sight indeed.

If I haven’t given you enough excuses to get out, have a look at this list of ten reasons that concerts are good for one’s health. Some of them are a bit of a stretch, but worth the read anyway.

Originally published on May 8, 2016 in Life Advice, Music