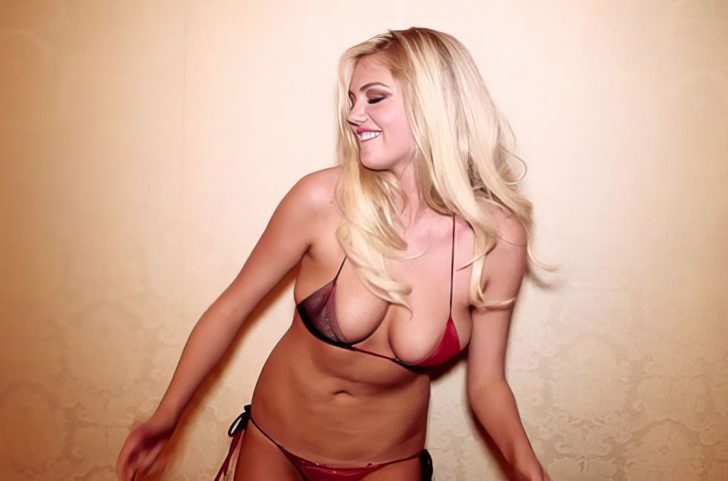 Kate Upton Cat Daddy Video – Was This Meant to be Public?

Before watching this immensely educational dance video by my favorite model and actress, Kate Upton, I had no idea who or what a “Cat Daddy” was, and I had certainly never heard of Terry Richardson. As I said, this video was truly educational for me.

I learned all about Cat Daddy, which turned out to be the name of an unreasonably terrible rap song by a group called Rej3ctz. I also learned that Terry Richardson is some sort of big-shot fashion photographer, though I have no idea why he was filming Kate dance. I sincerely hope that his connection to her isn’t related to one particularly classy quote of his which goes “it’s not who you know, it’s who you blow”. I think that would be rather unfortunate for Kate.

I don’t recommend watching this at work, but otherwise it’s a lot of fun. Kate seems like a genuinely nice person, and it’s always interesting to see footage that’s a little more candid.

Though Kate Upton’s dancing skills lack the style and grace of someone like, say… myself, she’s certainly not lacking in the looks department. She first debuted in a 2012 issue of Sports Illustrated, and now she’s taking the world by storm with videos such as Peter Cottontail, and feature length films such as the 2012 remake of The Three Stooges. I don’t know how she managed to survive the filming of the latter, but she’s clearly stronger than I am. I don’t think I could sit through such a film, much less have to partake in one. Money really is an amazing motivator.

If you’re interested in finding out more about Kate, her career, and what she’s working on, head over to her official website. Perhaps she’ll release more dance videos for us to learn from.