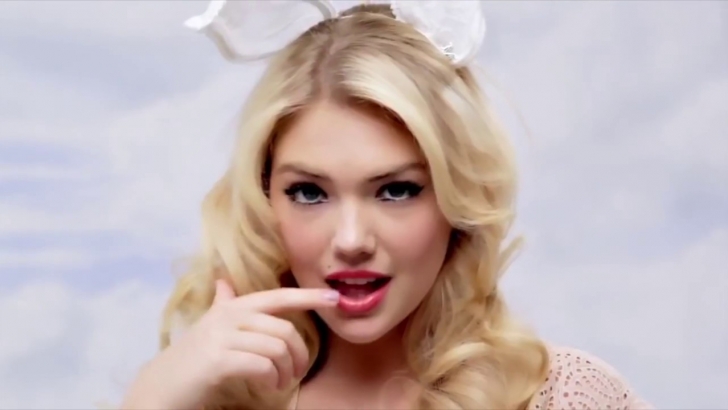 Easter has come and gone, but you don’t need to watch this video on that holiest of days to enjoy it. Starring supermodel Kate Upton, her new video titled “Peter Cottontail” shows the lighter, sexier side of Easter. If you’ve ever wanted to see Kate prancing around in barely anything at all, well… now’s your chance.

If you’ve seen the original 1971 Easter movie of the same title, you may be in for a bit of a surprise. The fun, wholesome sing-song music remains, but the characters (now reduced to just one, Kate Upton) is wearing far less clothes than the original version – just some lingerie from Agent Provocateur

. Personally, I think director Emily Weiss had the right idea moving things in the direction that she did. This version is a lot more… contemporary.

Though I quite enjoyed this largely pointless video, I do have a single concern; hot glue. Given how much of her skin was exposed, it seemed like a really bad idea, unless it’s fake hot glue. Hot glue and nipples just seems like an extraordinarily bad idea to me. I think I cringed every time she waved the glue gun around, and even more so when she was jamming the glue covered eggs down her top; yikes! Well, it seemed to work out for the best at least, and she’s done numerous photo and video shoots before, so I imagine she knows what she’s doing. 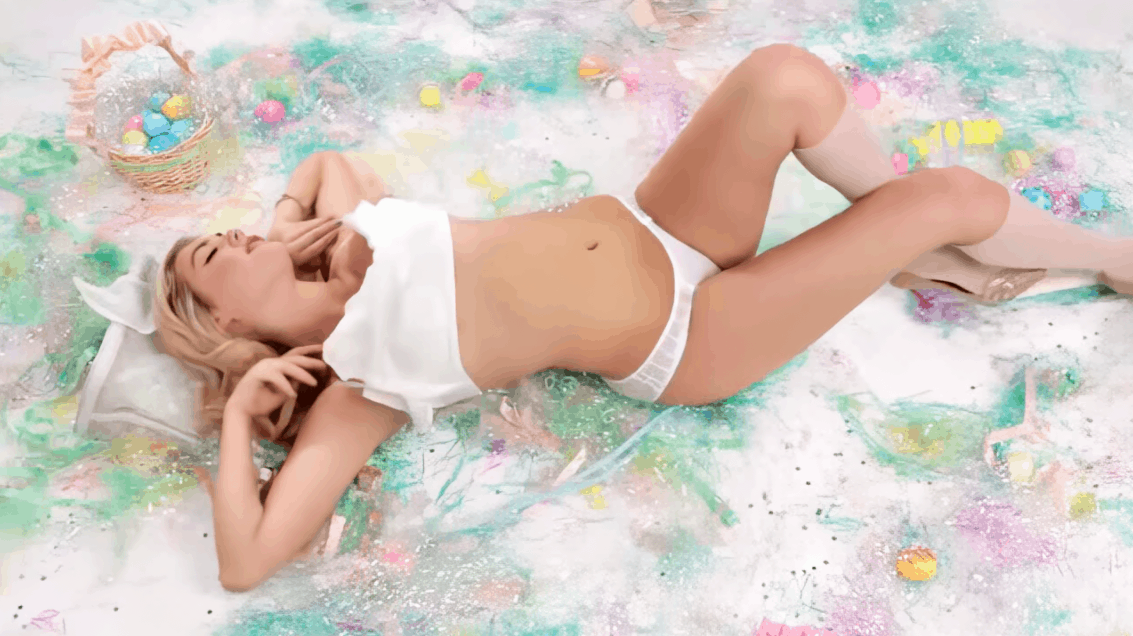 If you hadn’t already noticed, we actually wrote about Kate Upton a while back when Sports Illustrated featured her back in February. The theme was different, with loads of beach bikini shots, but it’s definitely worth checking out if you haven’t seen the collection already. Perhaps if we’re lucky she’ll do something Christmas themed later this year.