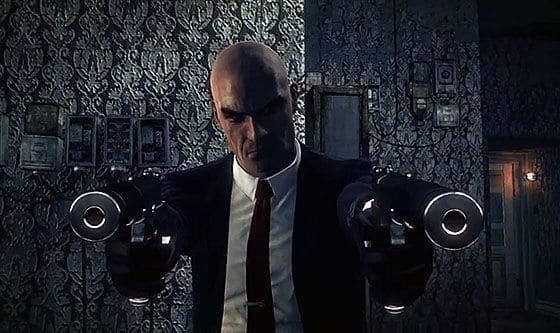 Hitman: Absolution – Tools of the Trade

IO Interactive sure took their sweet time, but they’ve finally won me over. They’ve improved their marketing over the past few months, and they had the good sense to bring back David Bateson – the one and only voice of Agent 47.

Today they’re stepping it up a notch by showing us the tools of the trade in Hitman: Absolution. As you would expect, Agent 47 has access to a wide, wide ranges of both close and ranged combat weapons. In fact, I think some of them are going to surprise you a bit. I don’t want to spoil anything, but if you’re a long time fan of the series then I think you’re going to be impressed by one particularly stabby traditional Japanese weapon.

Tools of the Trade

Earlier I mentioned that IO Interactive’s marketing has improved a lot, and no where is that more apparent than in their recent focus on showing us players some stealthy gameplay. The earlier trailers had a huge focus on blasting everything in sight, and while there’s absolutely nothing wrong with that place style, that’s not what I think of when I play Hitman games. No, instead I imagine Agent 47 skuling around in the shadows, quietly taking our targets. Thankfully we’ve seen a lot more of that lately, and with hints of plenty more to come. We’ve got the assault rifles, sure, but we also seem to have plenty of stealth weapons too.

Hitman: Absolution is just a few months away at this point, and I can say with all sincerity that I’m really excited now. After the whole ninja sex nun debacle, I had virtually sworn the company off… the affair was simply too ridiculous. They’ve gotten their act together, though, and lately everything they’ve released has gotten me excited again – especially the news of David Bateson‘s return. IO, keep up the good work.