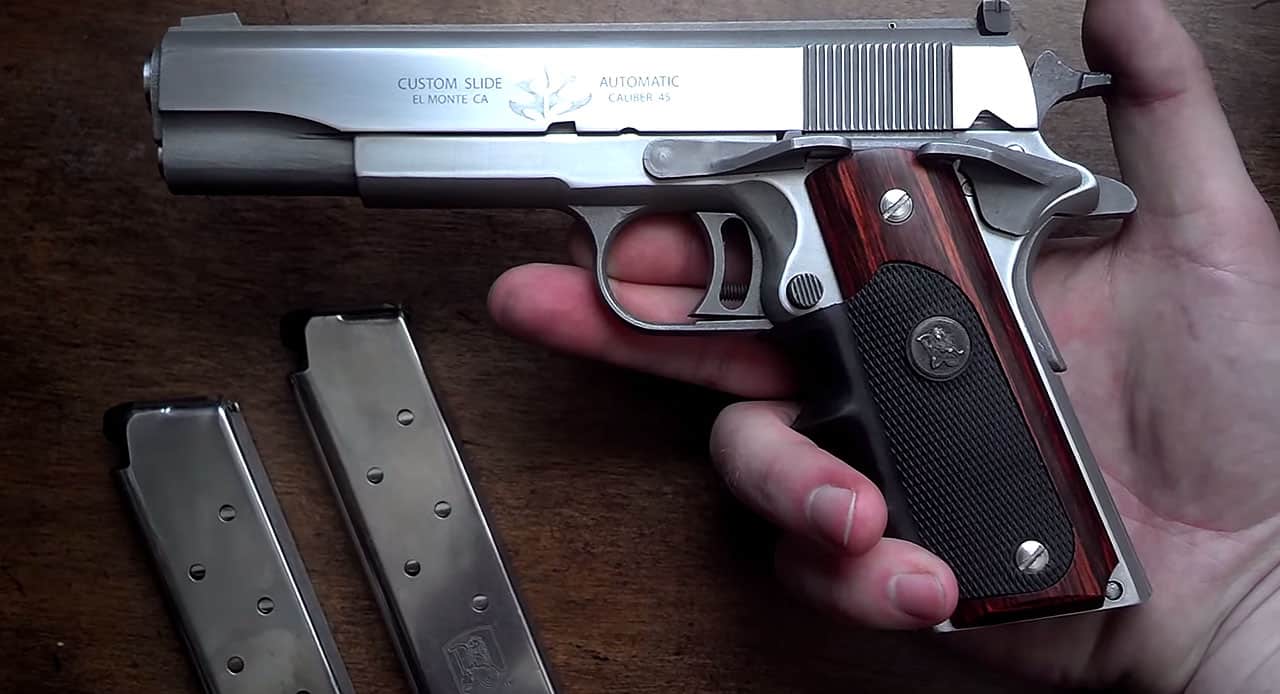 One of my favorite video game characters is Agent 47, the anti-hero protagonist of IO Interactive’s Hitman series of video games. He’s stoic, has a dark sense of humor, and is highly talented at blending into his surroundings to infiltrate tough-to-enter places. He’s a man of many talents.

As one would expect, he’s also adept at killing people using various weapons and equipment. He can take out a man at a distance using a scoped rifle or get in close using his garrote or one of his many handguns. He even has a favorite: his Silverballer .45ACP handgun.

Based on the real-life Colt M1911A1 from Arcadia Machine & Tool, Agent 47’s signature weapon is as deadly as beautiful. I’ve enjoyed using it in the many Hitman games, but I wondered: does a replica of the Hitman silver ballers exist?

It turns out that there are at least a few realistic-looking replicas of Agent 47’s Silverballers, and they look pretty much spot on. Here’s an example:

Aside from the missing medallion, this one looks pretty sharp. It’s got that beautiful patina I love to see, which is funny considering I’ve never owned and will probably never own a firearm. Perhaps it reminds me of a good pair of denim? In any case…

In addition to the one seen in the video above, another person made one by modifying an AMT Hardballer. I understand they’re pretty standard, so you could pick one and change it to look like Agent 47’s iconic Silverballers without much work.

I’m no gunsmith, but the significant changes are the addition of Pachmayr grips and the custom engraving we Hitman fans know and love. If you’re interested in making your Hitman silver ballers, please do! It’s such an iconic-looking firearm, and I would love to see your take on this gaming classic.

While you’re at it, take a bunch of pictures, and I’ll update this article to include them! I’ve just collected everything I could scrounge up.

I just found another replica that someone made, pictured below. I can’t find the source, though. If you know who made this, please let me know, and I’ll update this article.

Where can you buy the Silver Baller handgun?

Unfortunately, this gun isn’t for sale, at least not as a completed replica. That means you’ll need to create your own ICA Silverballer like everyone else based on the specs I’ve outlined in this article. It seems like an enjoyable project if you’ve already got the right equipment.

I don’t know about you, but I’m pretty excited for the next Hitman game that’s coming out in just a few short months. I enjoy the intellectual aspect of the Hitman games. They’re very strategic, almost like a chess match. The world needs more stylish, thinking games.

Candylion: The American Cosplay Model Whose Photos Will Take Your Breath Away