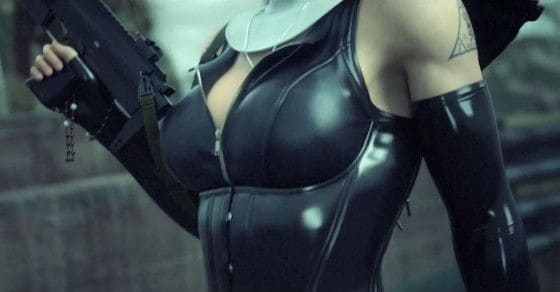 IO Interactive just released a Hitman: Absolution trailer they’re calling “Attack of the Saints”. If you’ve played any of the previous Hitman games, you have a pretty good idea what the franchise is like. You sneak around, carry out contract killings, and all of this is set in a slightly twisted world with dark humor and yes, even the occasional amount of titillation. Then you watch this trailer, and… well… I’m simply at a loss for words.

Hitman: Absolution – Attack of the Saints

The main question on my mind right now is why? Why oh why did you decide to punish fans of the series by not only making the game a seemingly action filled shoot-em-up, and then rub salt in our wounds by releasing a trailer so cheesy, even Adam Sandler would be uncomfortable watching it. I’m all for boobs, and even sexy gun wielding nuns, but not in a Hitman game. When I want to see sexy nuns romp around, I’ll download a video for that specifically, thank you very much.

I apologize for the lack of focus on this post, but I’m still feeling shellshocked by the sheer absurdity of this trailer. I’m starting to think that my Agent 47 and Diana romance theory wasn’t too far off. It’s a shame too, because visually the team that created this did a fantastic job. Hell, even the combat and fighting was well done and varied, but the sexy battle nuns are just too much for me. IO, please tell me this was an elaborate joke.