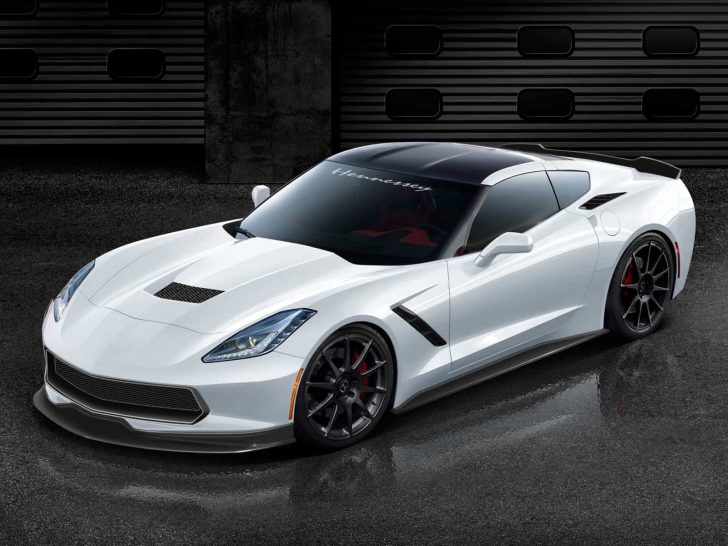 Our favorite American sports car, the all-new Corvette C7 Stingray, hasn’t even hit the showrooms yet, but that doesn’t mean aftermarket tuners aren’t’ already working on improving its looks and performance.  Like the good folks at Callaway, with their C7 Corvette hatchback, Hennessey Performance has some major upgrades for the new Corvette.

The new Corvette Stingray already comes with plenty of power, the V8 pumps out 455 horsepower and does the 0 – 60 mph sprint in less than 4 seconds, but some people just need MOAR POWER!

The top of the line HPE800 and HP1000 take things to the extreme with 800 and 1,000 HP respectively.  These engines are turbocharged and come with a lot of engine modifications, see images below for details.

In addition to increases in power, the Hennessey Performance Corvette also receives cosmetic and aerodynamic upgrades.  The upgrades include carbon fiber spoiler, side skirts, and diffuser.  The cars will be offered with 10-spoke H10 wheels with Michelin Pilot Super Sport rubber.  Hennessey will also offer interior, suspension, and brake upgrades at a later date.  Via: Hennessey