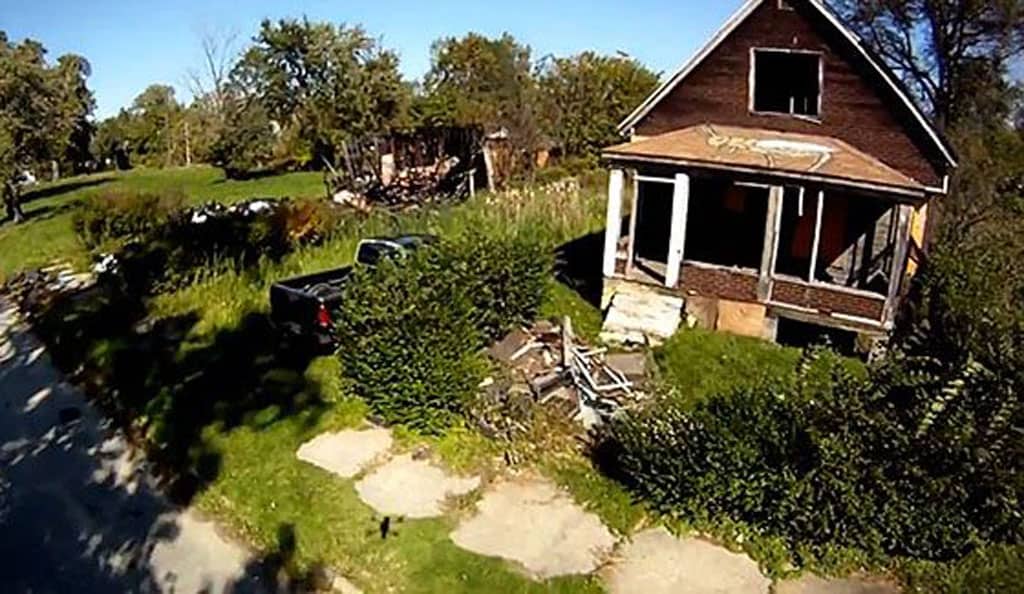 It’s chilling to realize that in the United States, one of the most powerful countries in the world, there exists an entire city that’s crumbling to the ground.

Detroit was once a modern, thriving city – home to hundreds of thousands of people who went about their daily lives working, relaxing… having sex. As time went on, and the automotive industry in the USA started to collapse, so too did Detroit. What you’re about to watch is a kind of highlight reel of that desolation, but seen from a very unique perspective: the sky.

I’m almost ashamed to post this, as this is “ruin porn” in every sense of the word. Real people used to fill these homes and streets, and much of that has been lost in time. If not for the “beauty” of the footage and music, and my desire for people to know that a first world place like this actually exists, I would have refrained. I believe that it’s worth considering that any of us could live just like this… in the husk of a burned out city. More places like this are just a few bad economic decisions away.

This footage was taken by a fellow named Tretch5000, which he recorded using a Scarab QUAD X Stealth-FPV Reconn Quadrotor. I know, it’s a bit of a mouthful, but Tretch claims it’s the best Quadcopter he’s ever owned. Based on the footage, I would have to agree with him. The places he showed us are exceedingly depressing – especially when you realize there’s almost no people in any of the shots – but I find it impressive that such an inexpensive piece of technology allows an average person to take such moving imagery. As with the Quadcopter footage of a Polish riot, perhaps videos like this will be a huge force towards social change. One can only hope.

1 thought on “Drone Over Detroit – A Modern Crumbling City”