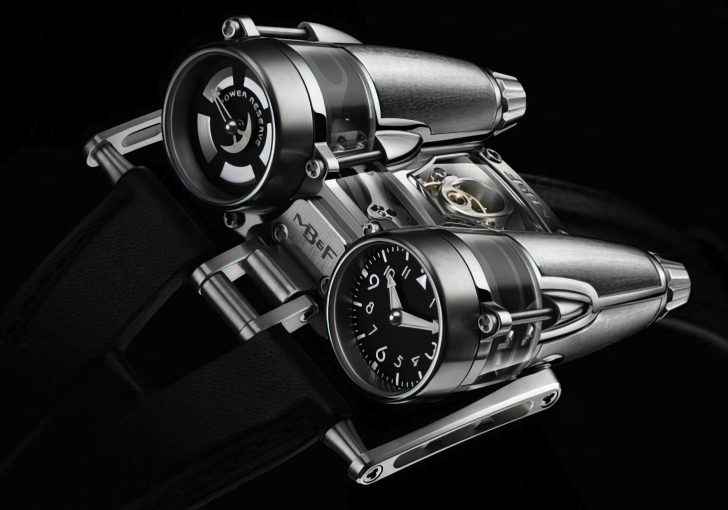 The watch has a very complex looking design and is designed to look like a jet engine.  The HM4 Thunderbolt is a beautifully crafted piece of art and is sure to attract a lot of attention and compliments.  The functional part of the watch (telling time) was designed with simplicity in mind; it uses the traditional hour and minute hands.  The cylinder on the left has the power reserve indicator and the one on the right tells time.  It took the MB&F team three years to develop the HM4 Thunderbolt.

Some geeky information on the HM4 Thunderbolt:

The watch’s engine consists of 311 components and each one was specifically developed for the Thunderbolt.

The watch can be manually wound or charged by the movement of the wrist, which is assisted by two parallel mainspring barrels.  The HM4 Thunderbolt has a 72 hour power reserve and beats at 21,600 bph/3HZ.

So how much does the Maximilian Büsser & Friends Horological Machine No.4 Thunderbolt cost?  A cool $158,000!!!