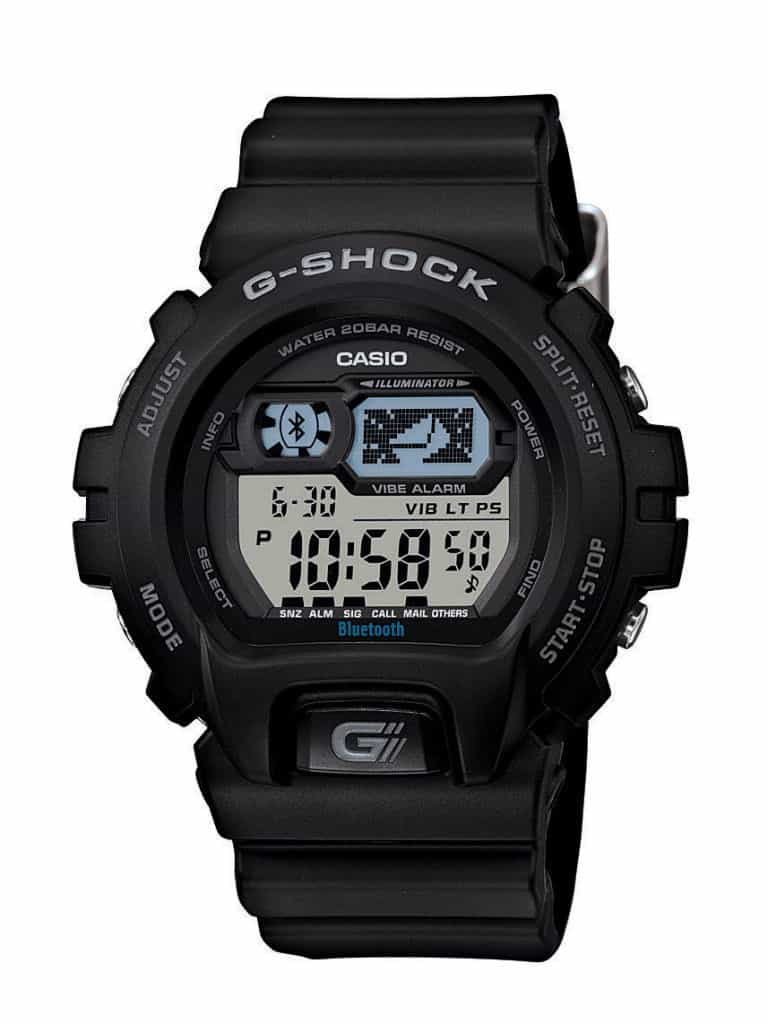 The world of watches is going to see some major changes with the introduction of “smart watches”.  It has been rumored that Apple will be introducing a smart watch in the near future, how true that rumor is, who knows?  What we do know is that Casio is introducing some re-worked smart watches, although they like to call them “Bluetooth Smart”.  If smart watches are not your thing, click here for a wide selection of traditional watches.

The watches are the G-Shock GB-6900B and GB-X6900B (large); if you recall, we wrote about the Casio G-Shock GB-6900 Bluetooth LE watches last year.  The new versions of the Bluetooth G-Shock watches feature Casio’s “Generation 2 Engine” quartz movements and some added features.

The new Casio G-Shock GB-X6900B and GB-6900B watches come with some impressive features; the watches can be synced to your smart phone and control the music player’s volume, play/pause, and next/previous song functions.  The watches can also be controlled from the phone, like setting up the alarm, world timer, and synchronization of time with the phone.  This feature is especially useful because it can be a pain to set alarms etc. on the watch itself because of the small buttons and display screen.

Users get alerts on their G-Shock watches for the following: incoming text messages, incoming calls, incoming emails, incoming social media alerts (Twitter, Facebook etc.), calendar events, one-touch muting of the phone, and phone finder (when in range).  The watches worth with IOS and Android powered phones, the current list of compatible phones is pretty short; the watches work with the iPhone 5, 4S, and Samsung Galaxy 4, Casio is working on making the watches compatible with more phones.

These watches are expected to be available in the second half of the year with an expecting price of around $200 each.  Via: Casio