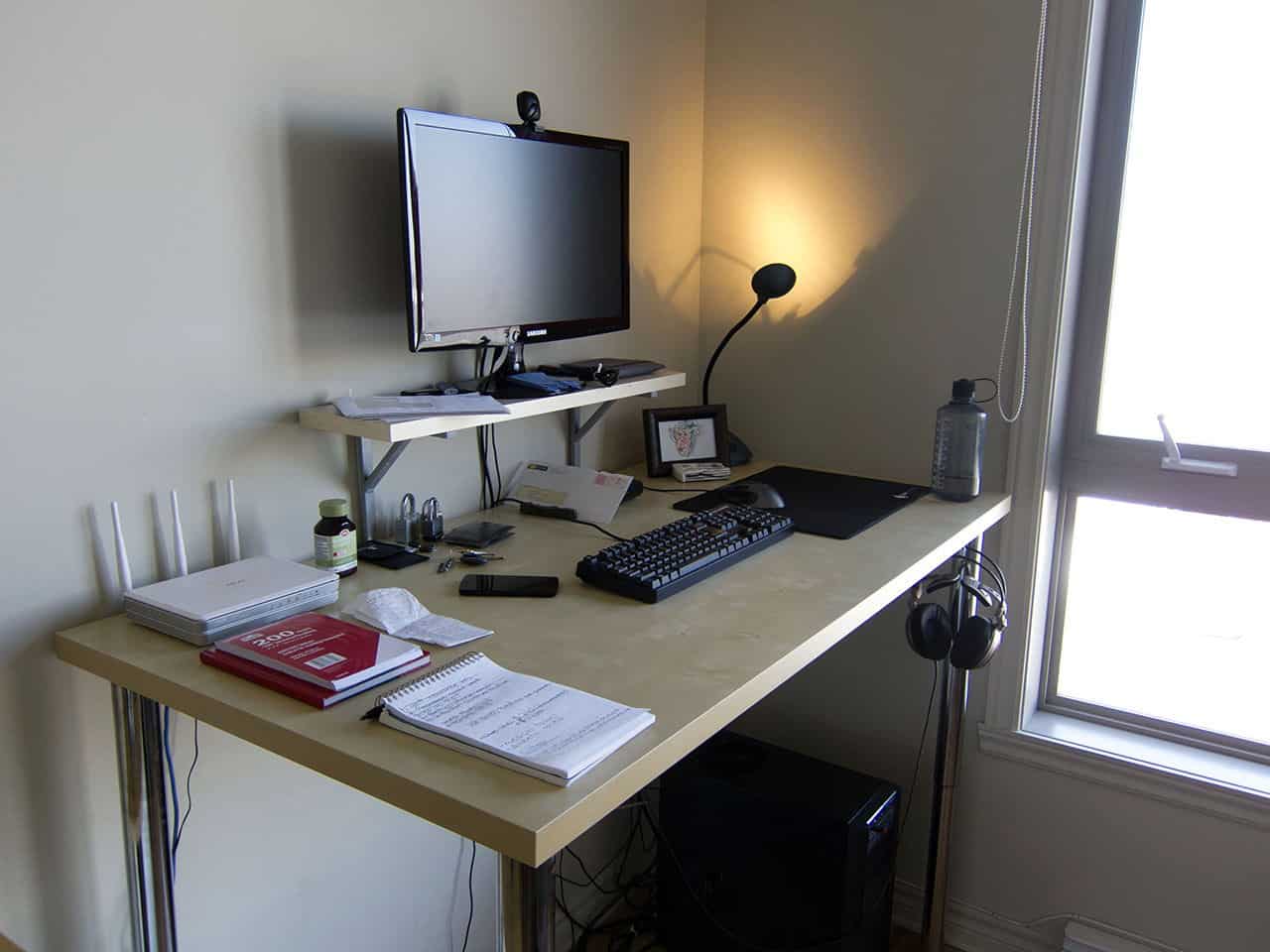 A while back I read an article claiming that “sitting is the smoking of our generation”.

Hyperbole? Yeah, I’m fairly certain, but I also believe that sitting on one’s ass all day probably isn’t a great idea. After all, our ancestors didn’t do a whole lot of sitting, and our physiology hasn’t changed very much in the last 10,000+ years.

So with a desire to get on my feet a bit more, I embarked on a journey to create an inexpensive standing desk. Turns out it wasn’t that difficult.

There’s this overview/review on The Wirecutters that features a wide range of pre-built standing desks, and what I quickly realized is that if you buy one straight up, you’re going to shell out a fuck-ton of money for it.

I don’t know why they’re so damn expensive, but I suspect it has something to do with desk companies picking up on the trendiness of standing desks, and wanting to slam early adopters before everyone starts using them. Which, might I add, I believe a great many people are going to do. You’ll feel great, but more on that later. 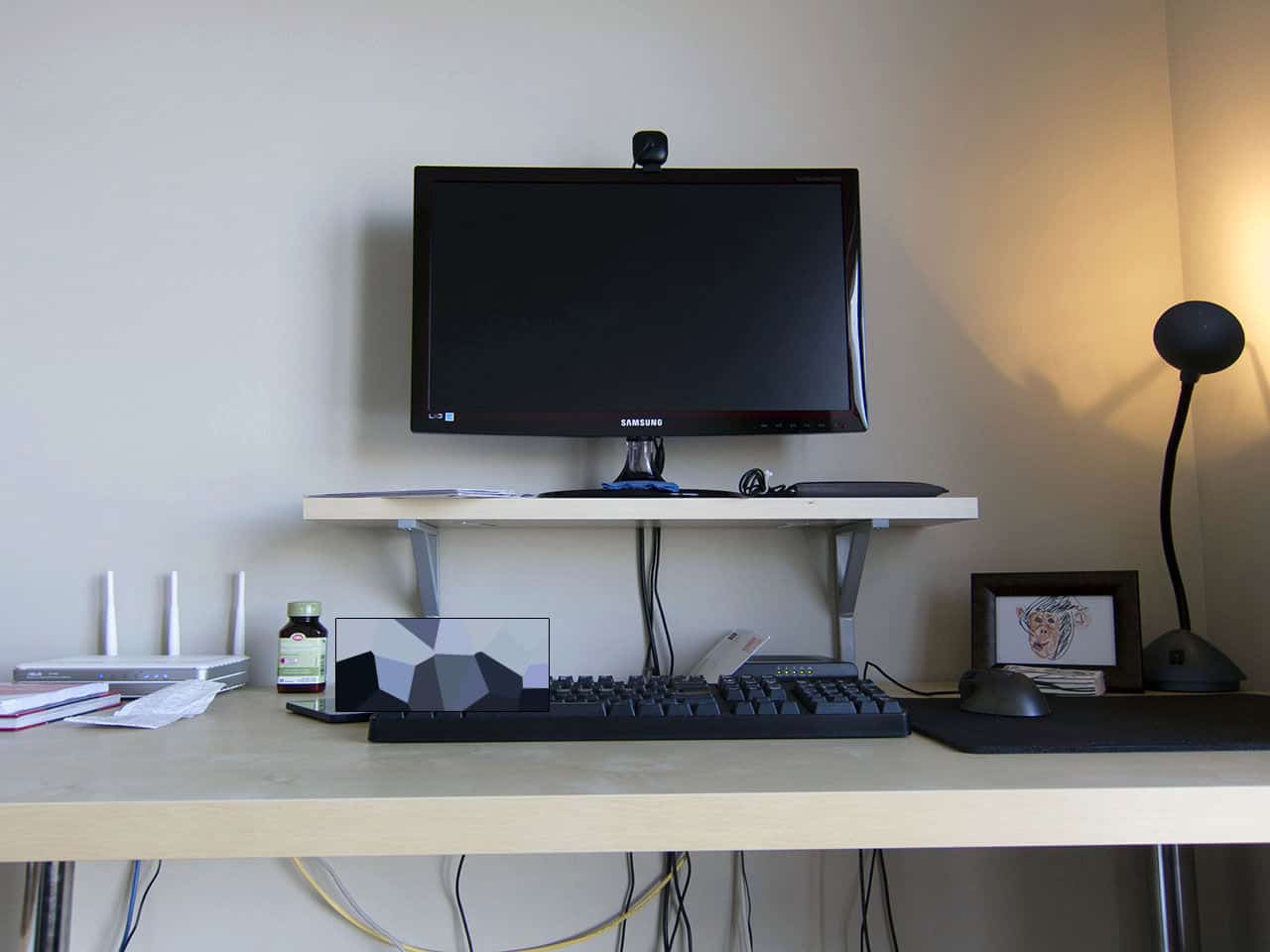 Thankfully, if you’re skilled enough to turn a few screws and clamp things together, then you can build a simple, inexpensive standing desk using Ikea parts for about $130 total. It’s very, very simple, so I’m going to list off the parts and give you only the most cursory of explanations.

If you can’t see what I did using the pictures, well… I’m sorry. 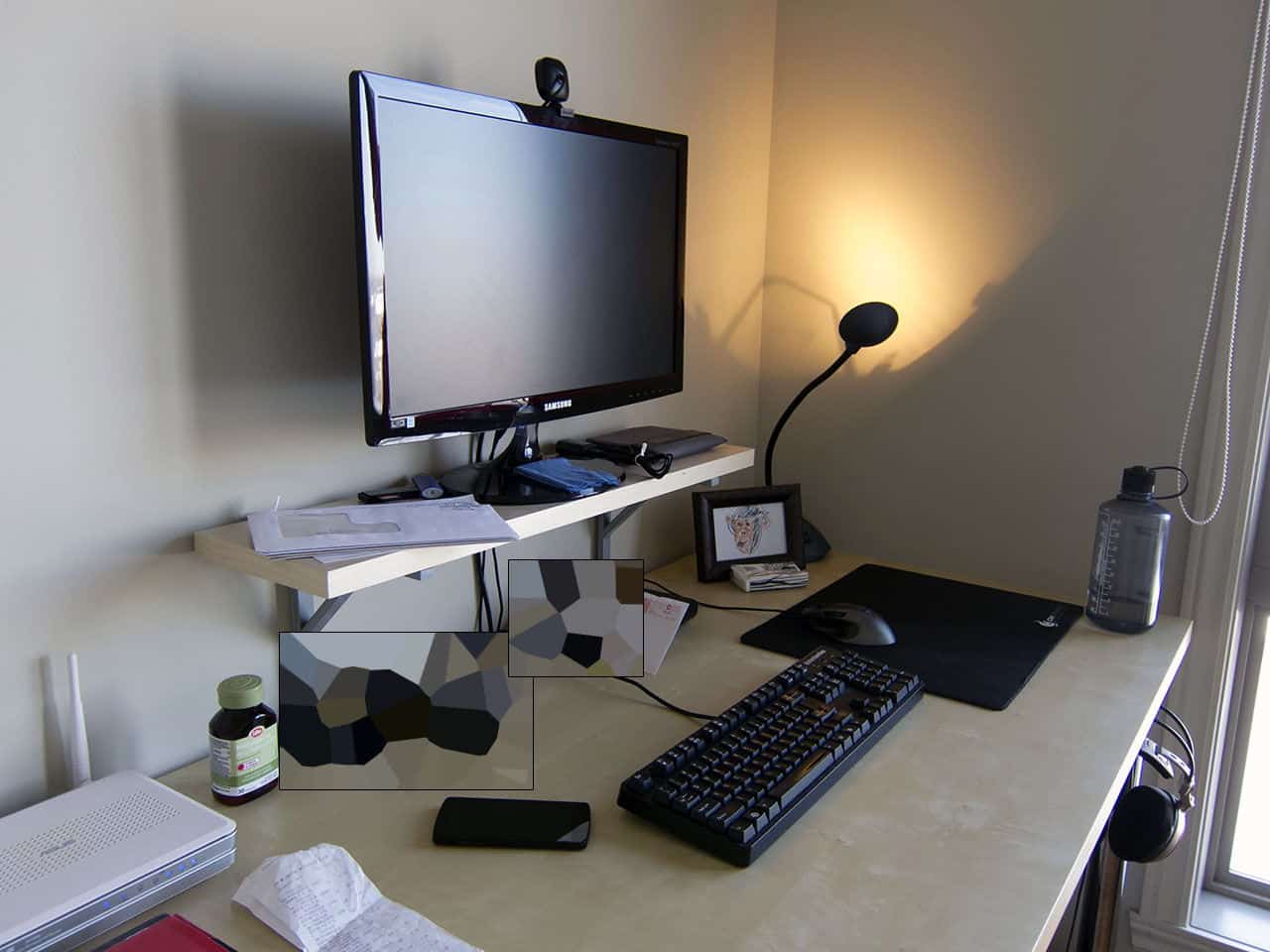 My setup is very simple, using only 4 parts. A monitor riser (shelf and clamp brackets), the table surface, and chrome legs. Unless you’re short, you must use the chrome legs! Otherwise this is going to be a massive, inexpensive standing desk… paper… weight.

The reason the chrome legs are important is that, simply put, their maximum height is significantly higher than the other finishes of this same leg. I don’t know why IKEA chose to do that, but they did. Please note that the chrome legs just happen to be the most expensive, which sucks, but what do you do?

Aside from that, just figure out how high you need the desk to be using this handy calculator, adjust the legs, and put this sucker together.

Well, it’s basically like being felated all day by a thousand angels, and by that I mean it’s pretty invigorating.

I don’t know why, but I find that I’m a heck of a lot more productive when I’m standing. When I start work in the morning, I feel like I’m actually doing something useful like inventing something, or doing carpentry. I’m doing neither of those things, but it sure does feel like it.

In short, I highly recommend it. Your feet are probably going to get tired the first few days, but it’s a good kind of tired.