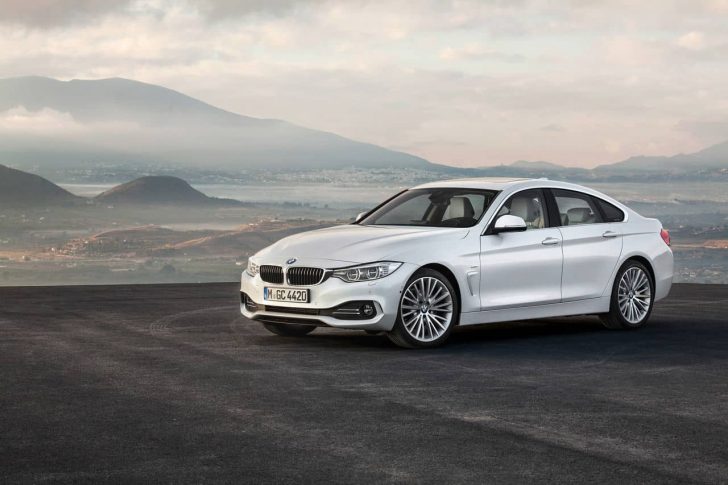 BMW cars’ nomenclature has become quite confusing over the years, just a few years ago their sedans’ names started with odd numbers (3-Series, 5-Series etc.) and their coupes (stand-alone coupes that is) had names starting with even numbers, like the 8-Series and even the Z4.  Then they introduced the 6-Series coupe, which was in line with their naming scheme.  But then things became confusing with the introduction of the 6-Series Gran Coupe sedan.  Last year BMW started calling the 3-Series coupe 4-Series, which made sense, but then things turned upside down once again with the introduction of the 4-Series Gran Coupe sedan/hatchback.  So it’s a bit confusing, to me at least…

Anyways, with the introduction of the BMW 4-Series Gran Coupe, you can now have many flavors of the very popular 3/4 Series entry level sports sedan/coupe etc.  You can have a regular sedan, wagon, coupe, convertible, gran turismo, and this sedan/hatchback/coupe thing.

I’m already a fan of this class of cars from BMW, if not their weird models like the Gran Turismo, and I think the 4-Series Gran Coupe looks even better than the 3-Series sedan.  The 4-Series Gran Coupe looks more aggressive, probably because it is ½” wider, ½” longer and 1 ½” lower than the 3-Series sedan, and has a more raked rear window/C-Pillar.  The more aggressive roof on the 4-Series GC probably does take away from the rear headroom, but who cares about the rear passengers anyway.

As expected, the engine choices for the 4-Series GC are the same ones found in the 3/4 Series models; the 428i GC is powered by a 2.0 liter turbocharged 4-cylinder engine producing 240 horsepower and 255 pound-feet of torque.  The 435i GC is powered by the 3.0 liter turbo 6-cylinder engine producing 300 HP and 300 lb-ft of torque.  Both engines come with 8-speed automatic transmissions only, in North America, with the AWD offered on the 428i only.