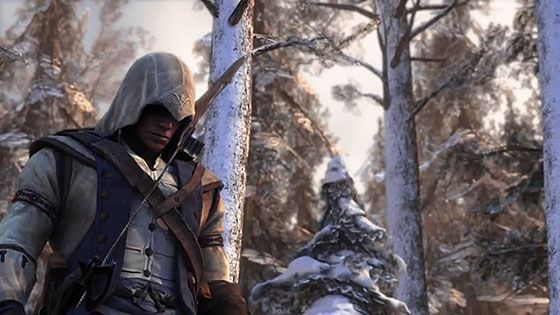 It’s all happening so fast now. Just a few weeks ago we heard rumors that Assassin’s Creed 3 was in the works, and had been for some time. About a week later, someone leaked a few images from the game, and Ubisoft decided to throw in the towel and release the AC3 cover-art as a gift to the community. It’s only been a few days since then, and now Ubisoft has dropped a real bomb with the release of this brand new Assassin’s Creed 3 Official Debut Trailer.

The trailer starts out with Connor, our newest assassin friend, twirling a tomahawk around in the woods, and then proceeding to do what he does best. Gone are the days of Ezio Auditore and his charming Italian self. Where Ezio was quite the talker, Connor prefers to let his actions speak for themselves. Born of British and Mohawk blood, he’s sure to kick some ass in New York, Brooklyn, and the massive forested surrounding areas.

I really like Connor so far. He hasn’t actually said anything yet, but what I enjoy is the way that he gracefully traverses the world, and the speed and no-nonsense manner in which he dispatches his enemies. It also doesn’t hurt that he looks so damn cool. His outfit reminds me a lot of Altair from the original Assassin’s Creed, and I think that’s a good thing. Altair looked a lot more agressive than Ezio, and I feel the same way about Connor. I also like that the player can now climb trees. I’m guessing that we won’t be able to do this with *all* trees, but given how large the forest and countryside areas are supposed to be, this added feature should be super handy for stealthily dispatching enemies from above. 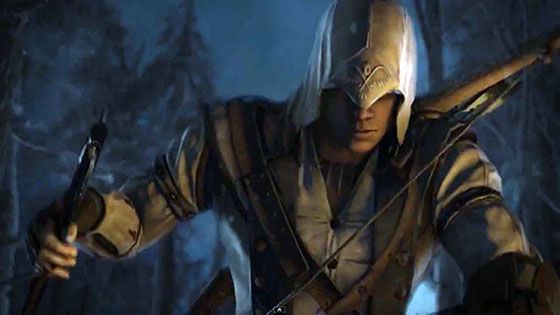 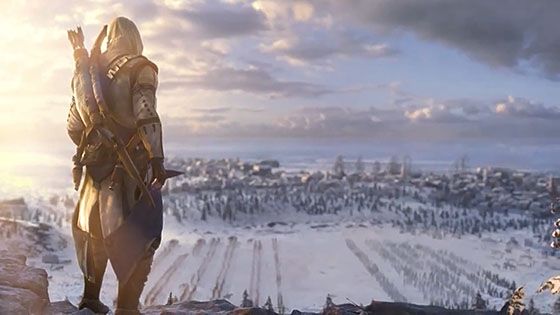 Overall I’m pretty damn excited, and this trailer has certainly re-ignited my interest in the franchise after what I considered a very lacklusted Assassin’s Creed: Revelations.