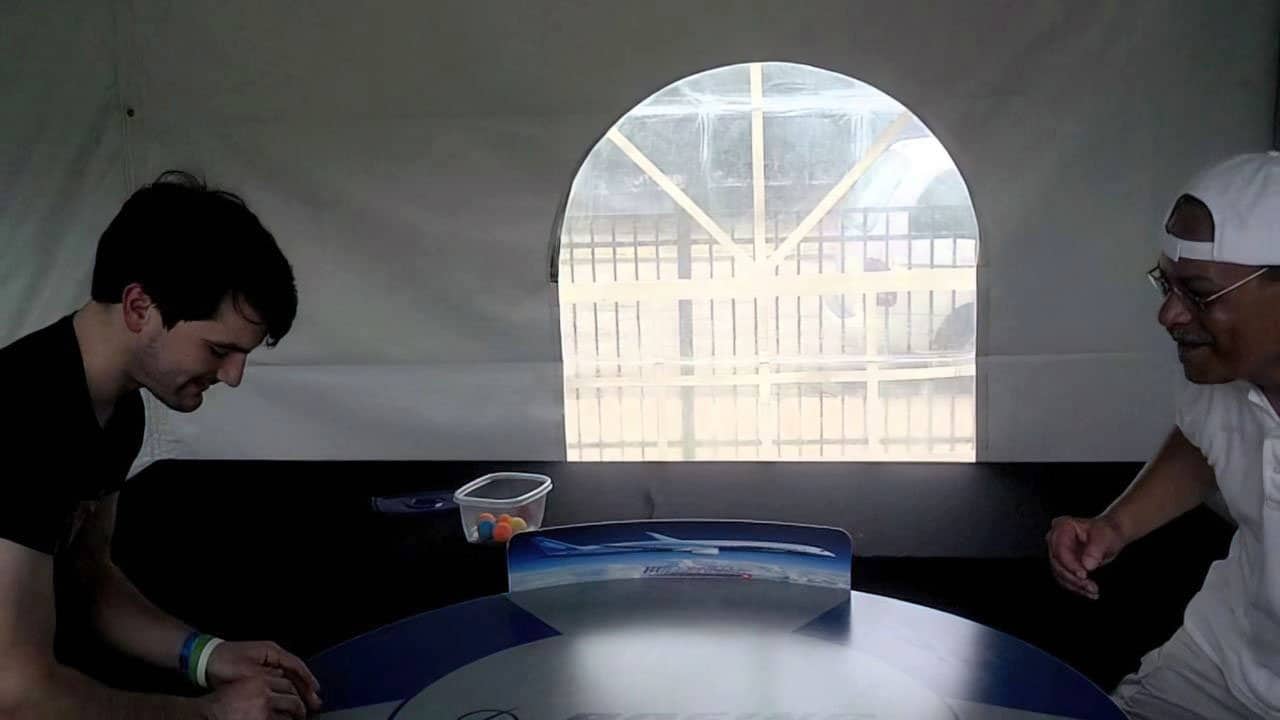 Tracing the game’s evolution from a life-consuming passion to an inclusive sport.

Have you ever heard of BulletBall? If not, it’s a version of table tennis with a few tweaks: instead of paddles, you use your hands or arms to move the ball back and forth across the opposite sides of the table. The playing area is a circular table with two guardrails (as opposed to a rectangular table).

Sounds pretty interesting, isn’t it? There’s more to BulletBall, however, than meets the eye. The game’s inventor spent his life developing this high-caliber table game and faced terrible circumstances doing so (even suffering humiliation from reality TV). The only laurel on his head is that this game is officially recognized as an inclusion sport.

Let’s visit the history and timeline of this exciting game.

The 1980s: Creation and Development

BulletBall was invented by Marc Griffin and his ex-wife Delores Griffin in the mid-1980s as a hobby. Since BulletBall was designed to be both comfortable and competitive, players may pick whether they want to sit or stand while participating. Like table tennis, the game’s objective is for you to return the ball to your opponent’s colored side of the table as quickly as possible.

Marc’s friends and family were among the first to test out Bullet Ball during family gatherings.

2006: Getting featured in American Inventor

Griffin’s passion for the game led him to believe BulletBall was going to be an Olympic sport. In 2006, he was featured in the reality show American Inventor (not Shark Tank, like many people believe), in which he shared the struggles he experienced while developing and keeping the game. He quit his job and sold his car, house, and wife’s wedding ring to keep the BulletBall afloat. The judges then squashed him, but his painful experience in the show went viral and he became known as the ‘BulletBall guy’.

Griffin gained popularity as he became the subject of memes, and his video during the show was dubbed as “one of national television’s most cringe-worthy performances.” He achieved better luck when he marketed it as a sport that can be played whether sitting or standing-allowing the game to be categorized as an inclusion sport.

2009: Bulletball as an Inclusion Sport

The National Center on Health, Physical Activity and Disability (NCHPAD)’S official website, nchpad.org, officially published information about the BulletBall as an inclusion sport. This achievement has elevated the game’s status from a failed invention to a worthwhile game that can be played together by abled and differently-abled persons.

Inclusion Sports, coincidentally, is also the name of the company Griffin put up together with his brother Charles to market the game.

After spending ten years of his life working on the game, Griffin published a book about his experience while developing the game. Entitled Endless Dreams, the book has a five-star review on Amazon. The book stresses the importance of faith and determination while chasing your dreams.

What equipment do you need to play BulletBall?

The only other piece of equipment needed is the versatile BulletBall Table, which a person can use for several tasks in addition to shooting the brightly colored foam’ bullet balls’. The table’s removable side rails make it very easy to store and transport. The BulletBall table can be of two types: the tabletop version and the full version.

What are the rules of BulletBall?

To begin, the BulletBall sits in a triangle shape in the center of your tabletop. It must remain within the triangle, whether served free-hand or held. Each player has two chances to place the filled ball in the triangle.

One point is awarded to the opposing side if both serve attempts are unsuccessful. A typical game lasts for 21 points, or many points have been agreed upon, similar to table tennis. In the event of a tie, players must use a victory margin of two points.

Before each opponent may touch the ball, it must first cross into their playing area. The ball must enter the colored area of the opponent’s colored playing area (without missing the mark). A player loses a point if the ball misses this mark.

During play, the ball must never touch side rails. You get one more chance to return your opponent’s ball by just touching it one time if the ball comes off of the side-rail and back into your area.

Bulletball is an enjoyable game to play, regardless of the traumatic experiences its creator has experienced. As a game that levels the field between abled and differently-abled persons, it has come a long way from being labeled a hopeless case into a good, legitimate game.

History of the Hitman Logo – What’s the Story?