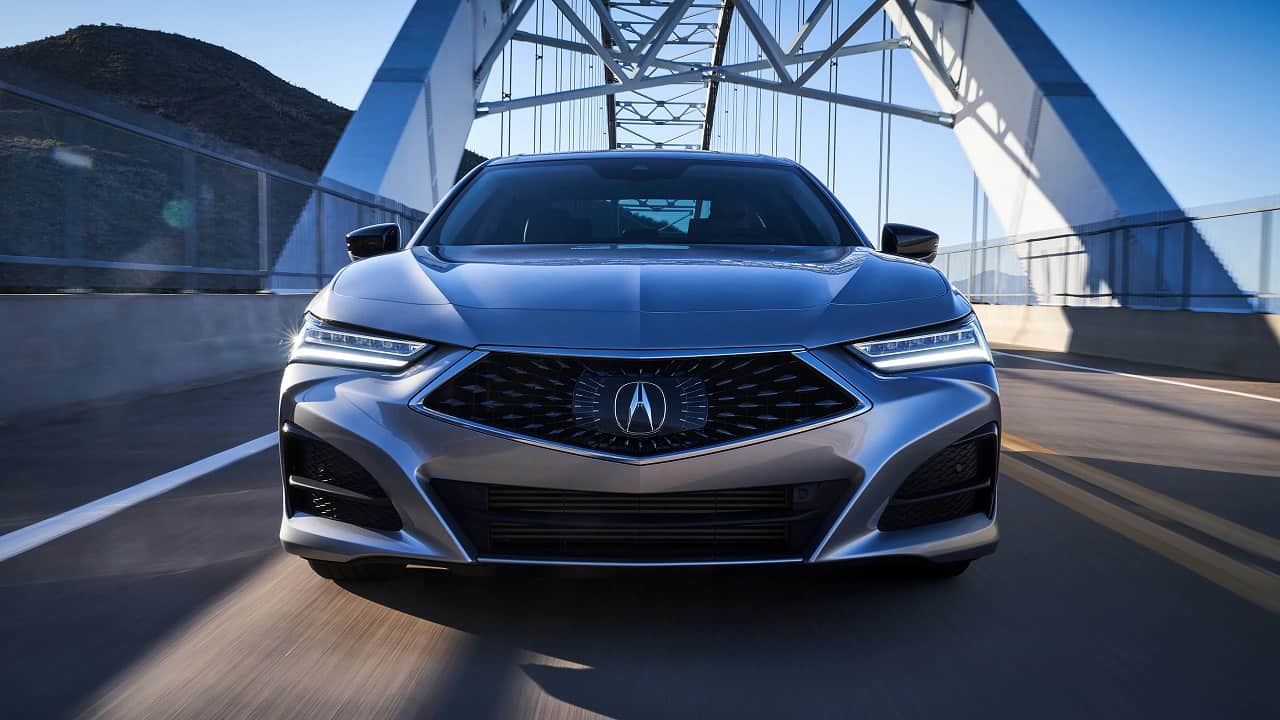 The Acura TLX was first introduced in 2014 as a 2015 model. The TLX was a replacement for both the TL and TSX and is now in its second generation. The second generation TLX went on sale in 2020 as a 2021 model.

Our review TLX came with the 2.0-liter turbocharged engine, which makes the car decently fun to drive. I have yet to experience the Type S. Our review car came with four driving modes: Normal, Comfort, Sport, and Individual. The Normal and Comfort driving modes are quite similar in their driving dynamics, and I used these modes for most of my daily commutes. Putting the car in Sport mode does increase the sporty characteristics of the car. However, I found the 4-cylinder engine to be somehow lacking. 272 HP and 280 lb.-ft of torque is nothing to be laughed at, but I felt the car needed much more oomph. I’m sure the TLX Type S is the car to get. The sound created by the 4-cylinder is also underwhelming; it doesn’t sound like it belongs in an entry-level luxury sedan. The TLX is competing with established names and quite a few newcomers; the cars the TLX is going after are a lot of fun to drive. This segment includes perennial favorites like the BMW 3-Series and Mercedes-Benz C-Class. Still, there are other great cars in this segment, including the Lexus IS, Audi A4, Cadillac CT4, Volvo S60, Genesis G70, Infiniti Q50, and the Acura TLX. Some people might even call the Tesla Model 3 an entry-level luxury sedan; the Model 3 is a good car, but I wouldn’t call it a luxury car.

Where the TLX shines is in the driving dynamics department, it feels good in the corners, thanks to the SH-AWD system. You can feel the car’s outside wheels moving faster than the inside wheels, making you corner with much more speed and confidence. The steering feel is pretty numb, and there isn’t much weight to it in Normal/Comfort modes; the Sport mode gives it a decent amount of weight. The Sport mode also adds simulated engine sound via the speakers. If I was in the market for a car like this and it had to be a TLX, I’d try to come up with the extra cash to purchase the TLX Type S.

My favorite part about the 2nd generation TLX is the exterior design. I know this is a subjective matter, but I personally loved the look of the 2022 TLX. It reminds me of the NSX, in 4-door form. I wish the car had the performance to match its good looks for the 4-cylinder versions. Maybe Acura can make this into an electric TLX, with good looks and instant torque and massive power from electric motors would make this a fantastic car. Hopefully, Acura has plans for an electrified sports sedan and not just electrified SUVs.

Unlike many carmakers, Acura has decided against a minimalist interior. I like the look and feel of the interior on the TLX, it looks quite sporty and reminds me a bit of the NSX interior. The main infotainment system measures 10.2” and is standard on all trims. The trackpad on the center console controls the infotainment system. It’s far from the driver’s seat, but that’s by design because it’s not a touchscreen. The trackpad to control it has two separate sections, which correspond to the two sections of the infotainment screen. The bigger trackpad controls the bigger part of the screen, and the smaller trackpad section controls the smaller part of the screen. The trackpad can be used to write letters when entering an address. After using this system on a few Acura vehicles, I still find it extremely difficult to type anything when stationary, and I’m sure it’s damn right impossible when driving. If you’re typing in a street address, you’ll need to pull over and pick each individual letter with the trackpad, which is quite time-consuming. The other option is using voice command, which doesn’t always understand what you say.

The trackpad is like a mousepad on a laptop, but it also has an added feature. Using the trackpad normally, you just slide your finger around to move the “cursor” on the screen to the desired function. The added feature is when you put your finger on the mousepad, say top right corner, the pointer on the screen will appear in the corresponding position on the screen, the top right corner. So instead of sliding your finger/cursor from one end of the screen to the other, you can just click that part of the trackpad, and the corresponding part of the screen will get clicked. It doesn’t take much time to get used to this system.

Below the 10.2” screen is a separate area for the climate control system with physical buttons and a small LCD screen, which is great as you don’t have to go through multiple menus to change the fan speed or temperature. Below this section is a large dial for switching between the four driving modes. Below this section are the buttons for the transmission.

The interior is a comfortable space to be in. The fit and finish are excellent, and the materials used are of good quality. Most of the surfaces are soft-touch. The TLX doesn’t have the biggest cabin in this segment, however, I found it to be comfortable for my 5’ 8” frame; taller passengers will find the back seat cramped.

The ride quality is also good; the suspension soaks up the bumps quite nicely without being too soft. The interior is quiet, with little road noise coming in. You hear the 4-cylinder engine’s noise at high rpm, which is unpleasant.

I enjoyed my time with the 2022 Acura TLX; I personally think this is an attractive car. However, I’m just not a fan of the 4-cylinder engine; it’s a premium car and needs to be powered by a premium engine. The engine is fine; I just don’t like the sound it makes and would like it to perform better. Other entry-level luxury cars come with 4-cylinder engines, but they usually sound pretty decent.