The sixth generation Ford Mustang has finally arrived into the 21st century, with a new (and real) rear suspension, and it was about dang time too. I initially wrote about the new Mustang when it was released last year, and now I finally got to spend a week behind the wheel of a brand-new 2015 Ford Mustang GT in bright triple yellow.

I’ve been waiting patiently for my chance to review the 2015 Mustang GT, and I can comfortably say the wait was worth it. The major news at the time of the release last year was about the use of an independent rear suspension with McPherson struts, and we also kind of talked about the way the car looked but the suspension news seemed much more important.

At the time of the car’s initial release, I wasn’t too sure whether I liked the look of the 6th generation Mustang, after driving around in it for a week, it has grown on me a bit. I do however prefer the looks of the more aggressive Shelby Mustang GT350 and GT350R. The Mustang’s styling looks to me like a blend of American muscle car with that of Japanese/European cars, everything above the belt line seems foreign designed while below the belt it’s American. 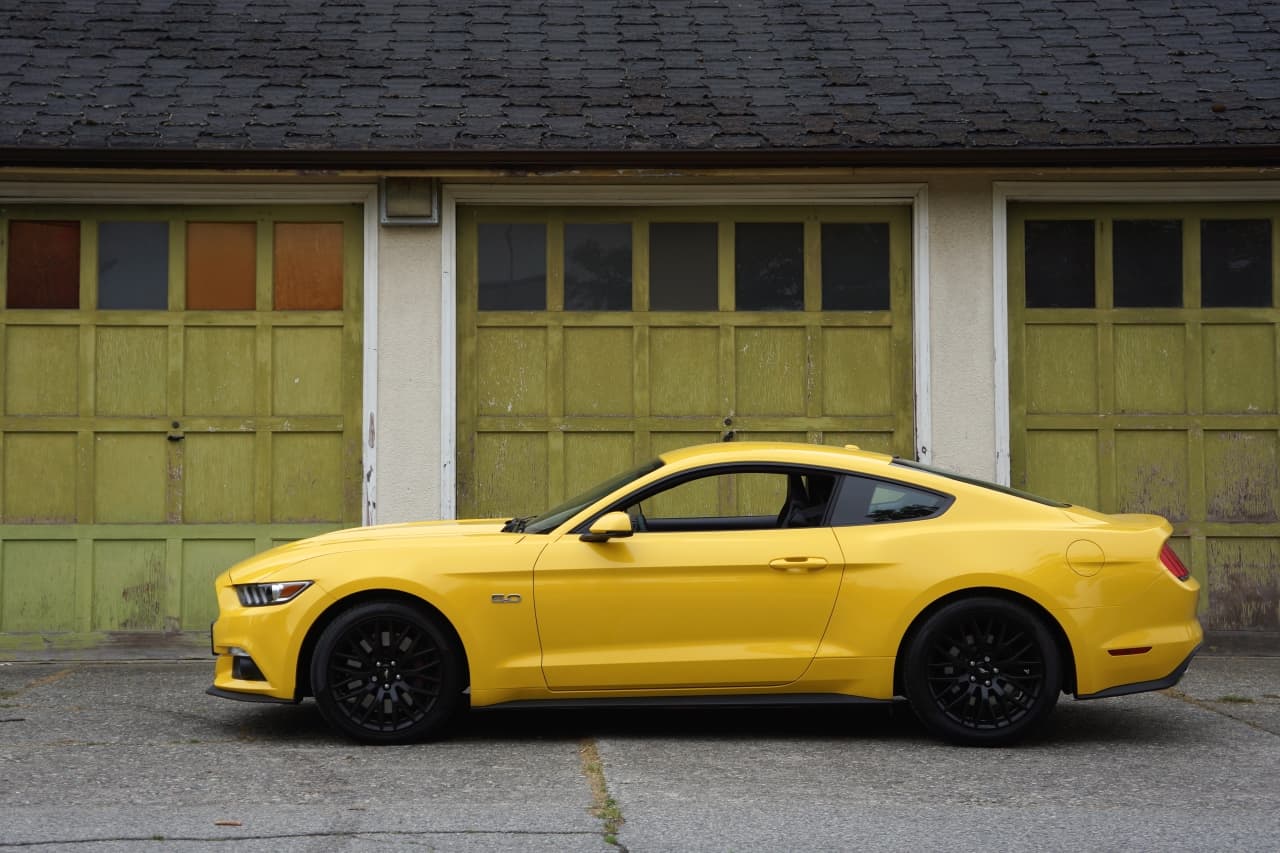 The 2015 Ford Mustang is offered with three engine choices, which include the tried and tested V8 and V6 engines, and after a long hiatus a 4-cylinder makes an appearance on the 6th generation Mustang.

I’m glad, and I’m sure so are very many other people, that Ford has finally decided to put a real suspension in the regular Mustang, the old (ancient) suspension in the previous generation car was absolutely terrible. I had the 2014 Mustang GT for a week and I absolutely hated driving it, the power was fun but I had no confidence in taking corners, the whole time the rear end felt like it just hopping along behind the front wheels. The new 2015 Mustang is a completely different story, I had so much confidence in its road holding abilities and I used the sticky tires and the grip provided by the new suspension to full advantage. Unlike the previous generation car, I never hesitated giving the car an excess amount of throttle exiting corners, which is how I normally roll 😉

The new suspension is also pretty comfortable compared to the old one, it’s still very stiffly sprung because this is a sports car and not a luxury grand tourer. The stiff suspension is something I could live with on a daily basis, something I can’t say about last year’s car. 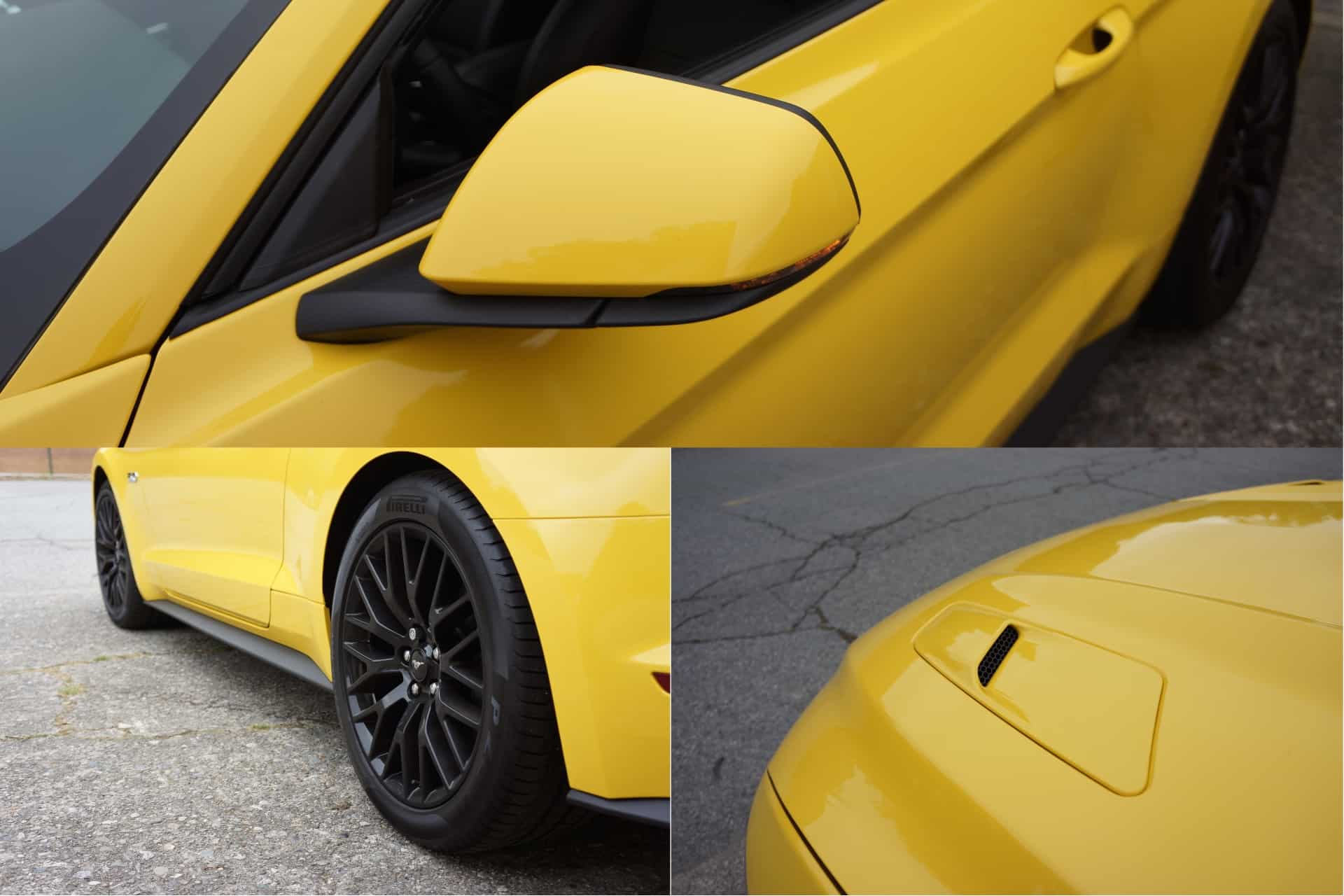 The V8 engine has been refined a bit and now produces more power, 435 ponies to be exact. The V8 engine is a pretty sweet machine, it produces very nice noises in addition to all that power. There’s plenty of torque pretty much in any gear, and there isn’t usually a need to downshift in normal city driving. But when you do downshift, the beast awakens and sends you speeding forward at very satisfying rate. Surprisingly, the exhaust is not as loud as I had expected it to be, it seems pretty restricted. But I guess this is where the aftermarket exhaust companies come in, I’m sure the Mustang GT would be deafening with an unrestricted aftermarket exhaust system.

The V8 is pretty thirsty as well, but then again, you don’t really care about fuel consumption when you buy a sports car, at least I don’t. According to Ford, the Mustang GT consumes 15.2 L/100 km in the city, 9.3 on the highway, and 12.5 combined. After our week long review, the trip computer showed 15.0 L/100 km in mostly city driving (about 70/30 city/highway), with some fast driving for “testing” purposes… “sorry officer, I’m reviewing this car and wanted to see if it can really go over 200 km/h”.

In addition to the new independent rear suspension, the other major improvement is the interior. The new interior looks much more modern but still has a retro feel to it. I really liked the toggle switches at the bottom of the center stack for changing the steering setting, traction control, driving modes etc. The materials used are much better than the previous generation car, with more soft touch materials. The layout is very clean and easy to understand. Our test car came with the MyFord Touch system, which I’ve always found very easy to use and it was no different here. Some journalists do complain about this system, I call those guys dinosaurs and they need to retire if they can’t work modern gadgets. 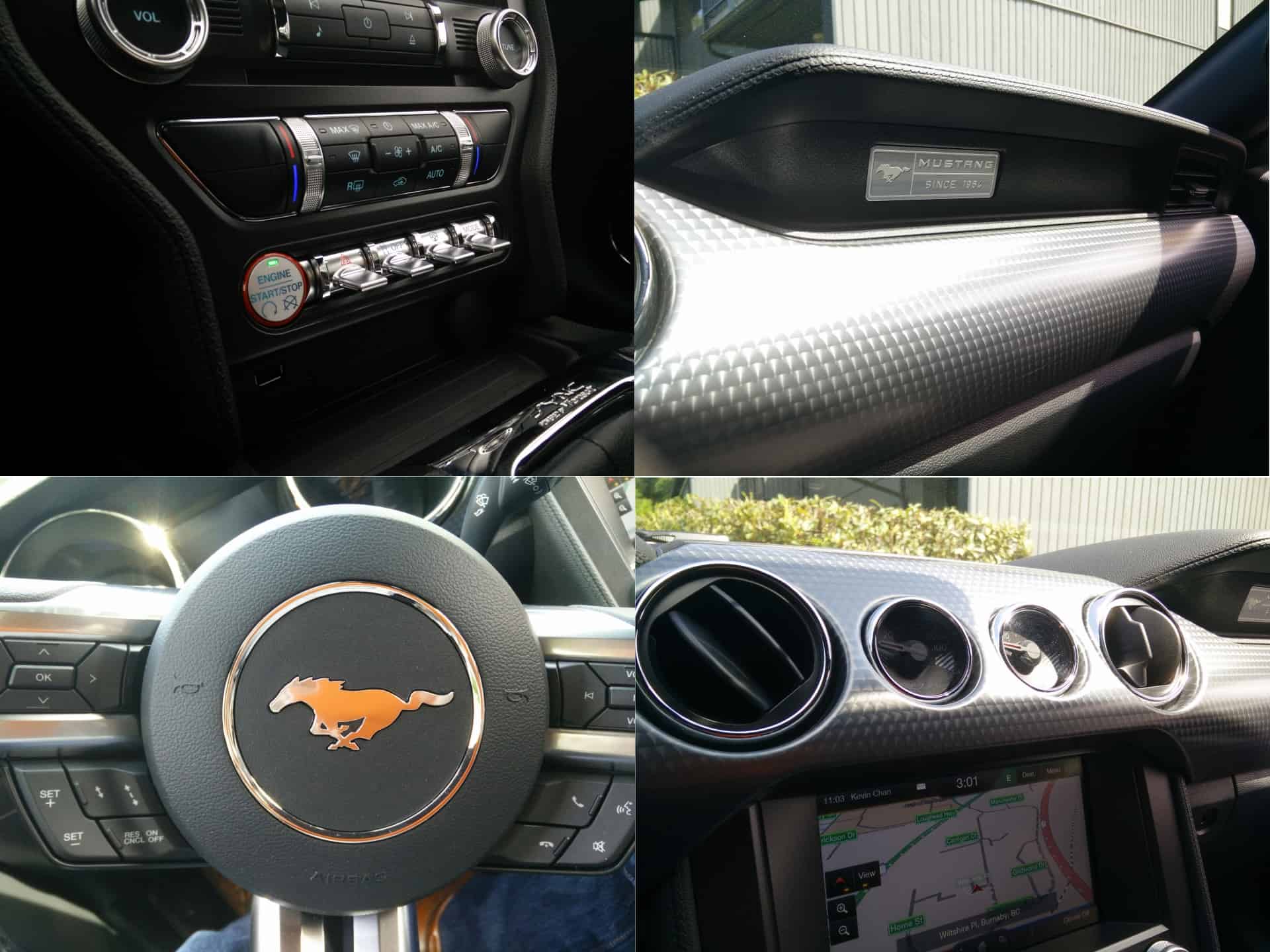 I do have a few minor complaints about the 2015 Ford Mustang GT. The first one is the lack of power seats, I know it adds weight but this is a pretty heavy car already and a few pounds won’t make a difference and I do expect automatic seats on a $50k+ car. The other minor complaint is the lack of a button on the trunk to open it and the blind spot light on the mirror is a very small dot, which is hard to see when it’s on/off. I usually have my mirrors set in a way where I don’t need the blind spot monitoring, but if it’s already there, it should be more visible.

Other than that, I think the 2015 Ford Mustang GT is a great car and is finally able to compete with other sports cars in this segment thanks to its new suspension. The Mustang can be had for a pretty low starting price if you don’t want the V8 or the EcoBoost, you still get the same looks and decent performance from the V6.

Photography by Kevin Chan
Originally published on May 8, 2016 in Cars