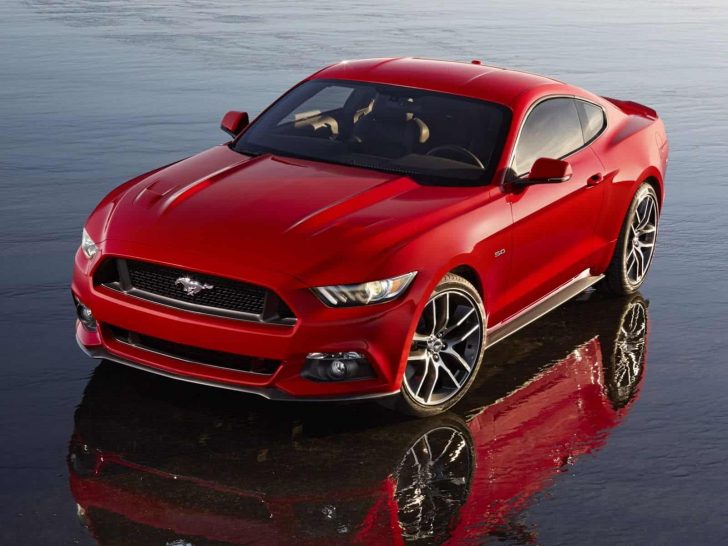 There has been a lot of speculation surrounding the all-new 2015 Ford Mustang, with numerous unofficial photos circulating the web and even more renderings.  Well, here’s a set of official images of the 6th generation 2015 Ford Mustang coupe…and we’re pretty underwhelmed.

Liking or disliking a car is subjective and a car can look different in person, I’m hoping to be proven wrong when I see the new Mustang in the flesh.  Just based on the pictures, the design doesn’t quite look like it flows; the front and rear ends are definitely Mustang, but from the windshield to the back window (the roof area), it looks like something from a Japanese car.  I am however a fan of the interior, it’s a huge step forward from the 2014 Mustang and looks modern while retaining bits of retro elements.  The interior also looks more upscale with higher quality soft-touch materials.

The 2015 Ford Mustang will initially be offered with three engine choices: a 2.3 liter 4-cylinder EcoBoost (no, that’s not a typo), a 3.7 liter V6, and a 5.0 liter V8.  Ford hasn’t provided power or 0 – 60 mph figures yet, we’ll update this post once we get that information.  We do expect the V6 and V8 to be more powerful than the current model.

What are your thoughts on the all-new 6th generation Mustang?  I was hoping the design would be a lot more revolutionary, I’m still hoping the car looks much better in person.  Only time will tell.  Via: Ford