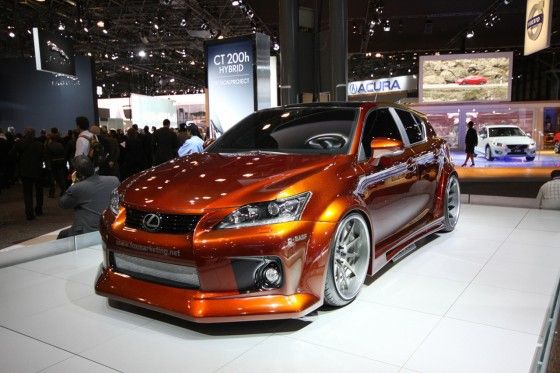 The Lexus CT 200h is the latest hybrid car in the ever increasing world of “Green Cars”.  Normally we don’t care too much about hybrid cars but the CT 200h is actually a pretty nice car, I spent some time in it at the auto show and it had as big of a crowd around it as the Lexus LF-A.  I was actually looking at the Lexus website building up one of these cars a few hours ago; it could be my next car.

Just because the CT 200h is a hybrid car doesn’t mean car tuning companies are simply going to ignore it.  The car tuning company in question is Fox Marketing and they made the CT200’s 1.8 liter engine really come to life.  They strapped on an Eaton supercharger with a Climax Racing intake manifold making the CT’s output jump from 134 to 300 horsepower!   This thing ain’t green no more!  The batteries were also upgraded but we’re not sure what exactly they did in that department. 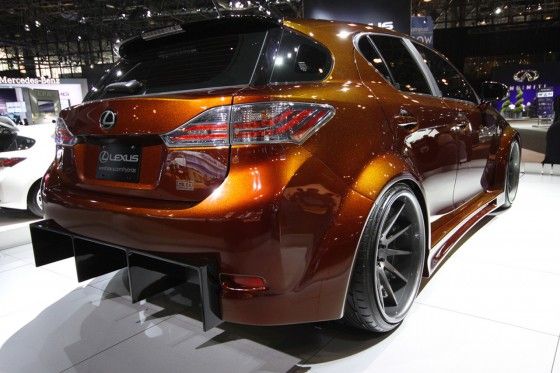 What tuned car would be complete without a body kit and the Fox Marketing Lexus CT 200h is no exception.  Although I do have to question the styling of the kit, it is extremely aggressive in the back with the massive diffuser.  The front gets a typical tuner bumper and wide fender flares to house the wider tires.  The interior gets Yonaka racing seats and LED Lexus logos on the door panels.  Below is a short video clip of the Fox Marketing tuned Lexus CT 200h.