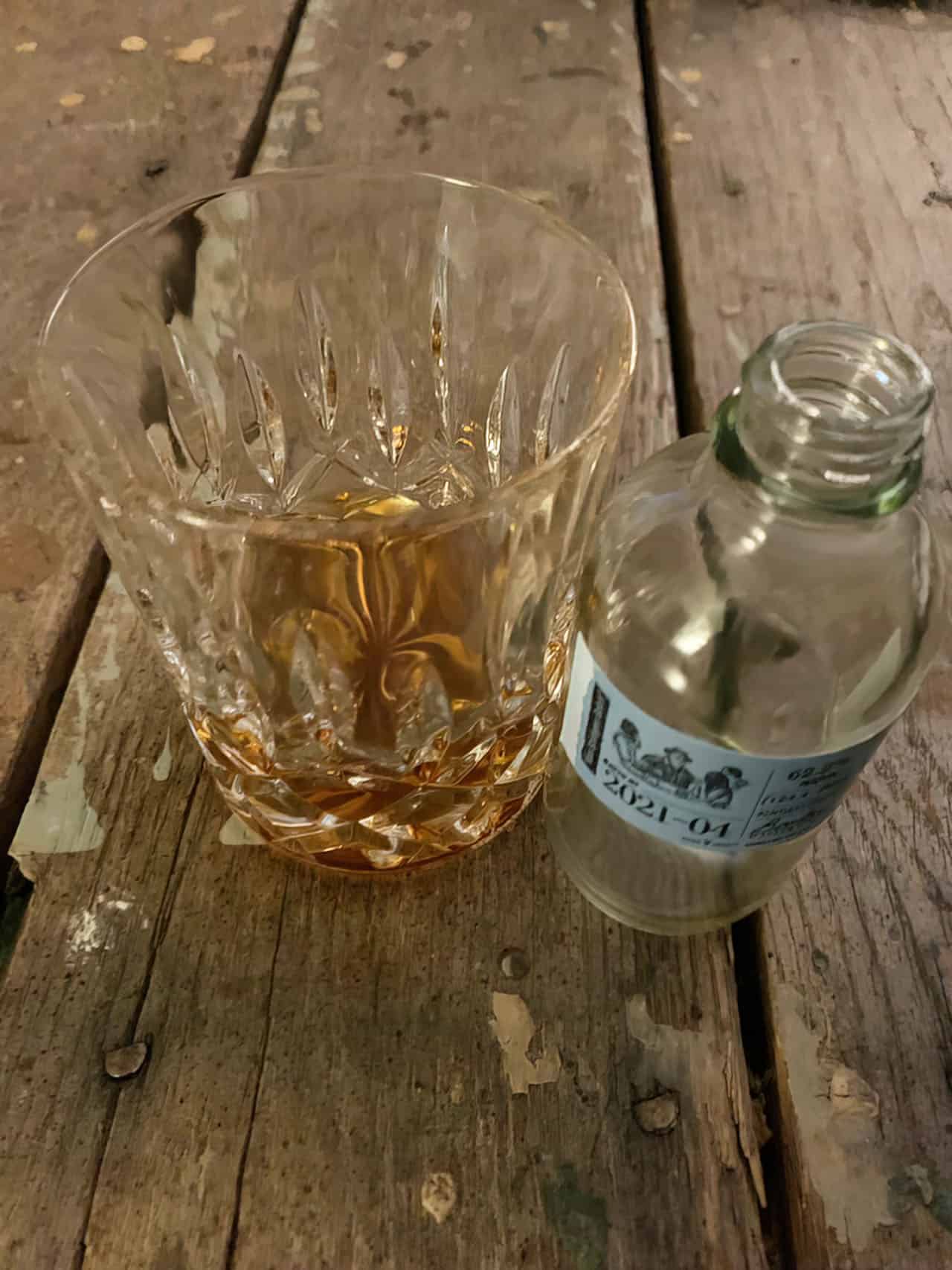 I for one am sad to see the end of Booker’s 2021 series. That said, I’m not crying too hard because Booker’s 2022 batches already have names. Still, this isn’t about 2022, it’s about the year that was, and Booker’s has a reputation to uphold.

What precisely is the nature of that reputation? Well, I’m glad I asked. There are people who will tell you that the term “unrefined gentleman” is an oxymoron. I would disagree with that statement, and in the resultant twenty-minute-long conversation that would likely follow, I suspect we would arrive at the conclusion that the definition of what makes a gentleman is subjective… which is a nice way of saying that my opinion is right. Maybe he shouts in traffic. Maybe he brings up politics at family gatherings. Maybe he swears too much and doesn’t shave enough. So how about this, does he give enough of a damn about people around him to hold the door for a stranger when they’re carrying something heavy? It always seems to come down to a certain… something.

I bring this up because my favorite unrefined gentlemen in the craft whiskey space is back. No, whiskey won’t hold a door for you, but “a certain… something” is definitely present. This time around, the name is “Noe Strangers,” and the number is an attention-getting 124.4 proof for Booker’s latest batch of Kentucky straight Bourbon. The last Booker’s product I had was the “Bardstown” batch. This goes down much easier than the last one did, but I still wouldn’t call it particularly well-behaved.

Now any whiskey-nerd can tell you that every variety has it’s own feel to it. Booker’s batches are very much distinct from one-another, however the punch you get from the glass is consistently pretty intense as long as “Booker’s” is on the bottle, you just… never quite know how it’s going to hit you.

Nose is edgy, not outright threatening but there’s clearly a warning there. The smell is overwhelmingly sweet, yet it still leaves no doubt that this crash of vanilla and brown sugar is absolutely whiskey. Beyond that? I’ll just come right out and say it, do not exhale too hard through your nose while enjoying this product. Lord in heaven, this is a spirit that does a whole lot of evaporating. It flies out your nostrils like it owes you money (by which I mean, flipping over tables and swearing all the way.) The mouthfeel is mellow, putting it very much at odds with the… headfeel?

My girlfriend watched me drink this stuff, and when she asked me how I liked it I told her about the same thing I just wrote above. She looked at me funny and she’s like “and you enjoy this?” I answered “it’s kinda like getting bit on the neck.”

A little water calms everything right down, much like church, but of course that buzz on the lips never quite goes away. Honestly, I’d have been disappointed if it did. Anyway, buy some of this. It’s good.

Way back when, I started off as a music nerd and marketing guy. These days, I split my time between travelling the world, fixing up old houses and writing about the things that excite me, including home improvement, movies and living the good life. If you want to debate the best tartare in Paris over a dry martini, I'm your man.

The Best Online Casinos in India in 2022