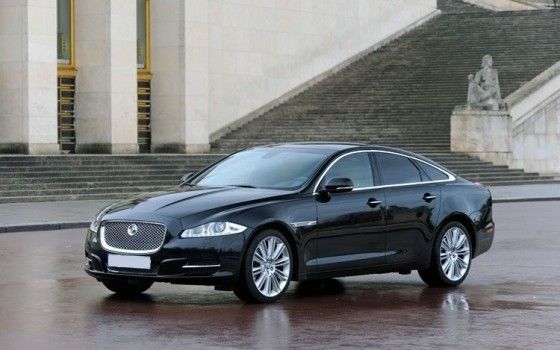 We present you the first Unfinished Man car review/test drive, in collaboration with First Super Cars.  We would like to thank the good folks at MCL Motor Cars for providing the beautiful 2011 Jaguar XJ.

What a way to start reviewing automobiles!  The Jaguar XJ is not only luxurious but is also a hell of a lot of fun.  I must admit, when I first saw pictures of the all new XJ, I wasn’t a big fan of the styling in the rear of the car.  Seeing the car in person for the first time, it looked a lot better than the pictures.  After spending three days with the car, I totally fell in love with the styling.  It’s just so different from anything else on the road and we know every Unfinished Man wants to stand out from the crowd and make a statement.

The XJ we received from MCL came in Botanical Green Metallic color with black leather interior.  Enter the car and you’re greeted by, what seems like, miles of leather.  In addition to the seats, the entire dashboard and door panels are covered in leather.  No need to take out the key –  just step on the brake and press “Start Engine”.  The gauge cluster lights up with LED gauges while the 5.0 liter V8 beast wakes up.  You can’t really hear the engine, but you know the XJ means business.

In normal city driving, the XJ feels very civilized and is surprisingly nimble for such a large car.  The interior is very quiet and the ride feels limousine-like.  While driving, it was very easy to play around with all the buttons without taking my eyes off the road.  The instrument panel is laid out with simplicity in mind; most of the functions are controlled through the 8 inch full color touch screen.  I found it very easy to toggle between different functions and was very comfortable with all the functions within an hour; BMW needs to learn a thing or two from Jaguar.

Speaking of the touch screen, the Jaguar XJ is equipped with a hard-drive navigation system, which is also very user friendly.  The screen also acts as a TV for the back-up camera mounted above the license plate.  The backup camera is a life saver for parking lots because I couldn’t see a thing out of the back window because of the aggressive slope in the rear of the car.  Another great safety feature is the blind-spot monitor; it really came in handy because I’m not used to driving large vehicles and was a bit nervous about changing lanes at first.

If you really want to have fun with the XJ, press the little button, with a picture of a racing chequered flag on it, on the center console.  The gauges turn red and you feel a tug on your seatbelt as it tightens around you.  You know something’s about to happen when the gauges turn red!  Congratulations, you’ve just put the Jag in the dynamic mode: the car sounds meaner and the throttle response is more like a sports car than a luxury car.  Put your right foot down and you’re going well over the speed limit before you can say “Is that a cop car?”  In the dynamic mode, the car feels like a completely different car and I enjoyed my time the most when I was in this mode.  The car accelerates much faster and the suspension felt a lot stiffer, just the way Unfinished Man likes it.

Some technical stuff on the 2011 Jaguar XJ:

The XJ is powered by a 5.0 aluminum V8 engine producing 385 horsepower at 6,500 rpm and 380 lb. ft. of torque at 3,500 rpm and is mated to a six-speed automatic transmission with paddle shifters.  If you’re looking for more power, there is the XJ Supercharged with 470 horsepower and the XJ Supersport with 510 horsepower.  The XJ does 0 to 60 in a very fast 5.4 seconds and can reach an electronically controlled 121 miles per hour.

The XJ comes with a 600 watt Bawers & Wilkins sound system (1,200 watt system available on the other two models), which can play music uploaded from a CD or via a USB drive located in the center arm-rest, and can hold up to 10 gigabytes of music.  The car is also equipped with Bluetooth hands free phone, rear camera and park assist for the front and back.  The front seats are heated and cooled and also massage your lower back.

My overall experience with the Jaguar XJ (3 days) was a very pleasant one.  The XJ is sophisticated luxury car with great looks that’ll have head turning everywhere.  It can be sporty when you want it to or a civilized luxury cruiser.  I drove it as much as I could and didn’t want to give it back to MCL Motor Cars.