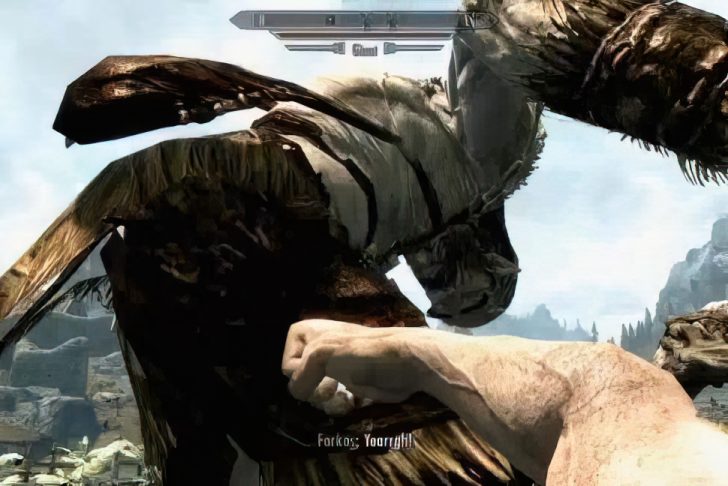 Lessons On Being an Unarmed Viking Badass – Punch Shit To Death, Skyrim Style

There are a lot of reasons to love Skyrim- seemingly endless quest options, complete freedom to choose the way the world evolves around you, the exhilarating thrill of knowing you could take an arrow to the knee at any time… but the lessons we can learn from Bethesda’s newest offering in the Elder Scrolls series run much deeper than that.

For example: children are pussies- punch them in the face. Bears? Punch the shit out of them. Assert your manly dominance by driving your mailed gauntlet into the skulls of your enemies (and friends, and the wildlife, and ghosts, and dragons.) Becoming a true unarmed Viking badass requires a fearless stance and fists of death; watch this video for a primer on what makes a real man, Skyrim style.

Lessons On Being an Unarmed Viking Badass – Punch Shit To Death, Skyrim Style

Just as a warning, unless you’re cool with an unarmed Viking badass screaming about punching and raping echoing through the halls of your house or workplace, maybe turn down the volume a bit. While very informative, people may get the wrong idea as you cackle with glee over a Nord beating in the faces of helpless children in the Riften orphanage.

If you’ve already familiar with the game, this could actually be considered a useful guide to a new playing style. If you’re anyone else, this is purely brilliant entertainment wherein many things are bludgeoned to a pulp because that’s totally what an unarmed Viking badass would do.

So go forth- drive your enemies before you, hear the lamentations of their women, and steal their armor because they’re totally little bitches.