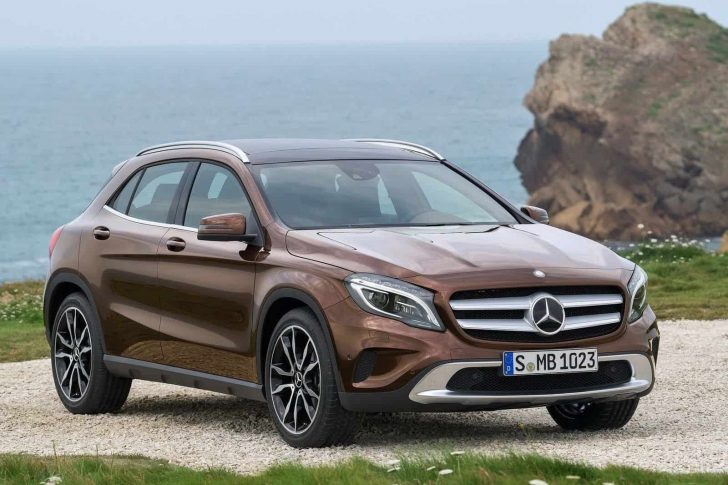 I’m not a fan of the BMW X1 as I think it’s a very unattractive vehicle but they have been moving units off the show room floor. Mercedes-Benz has taken note and unveiled a rival. The answer is the Mercedes-Benz GLA crossover, based on the A-Class and CLA platform. The front of the vehicle looks a lot better than the rear of the vehicle with its huge taillights.

The Mercedes-Benz GLA will initially be limited to four different engines: two diesels and two gasoline engines. For those who are not as concerned with fuel economy will most likely go for the 1.6-liter and 2.0-liter turbocharged engines of the GLA 200 and GLA 250 producing 155 hp and 208 hp respectively. For those who like diesel engines, there are two versions of the same engine available in the 2.2-liter. The first version is the GLA 200 CDI which produces 135 hp while the more powerful variant produces 168 hp in the GLA 220 CDI. The GLA 200 CDI is claimed to be the most fuel efficient of the bunch with fuel economy of 54.7 mpg US or 4.3L per 100km.

This Mercedes-Benz GLA will be making its official debut at the 2013 Frankfurt Motor Show and according to the company, the 2015 GLA will hit the US showroom floors in autumn of 2014. No details are yet available on the pricing structure.

Do you think the introduction of these entry-level vehicles by Audi, BMW, and Mercedes-Benz cheapens the brand? Should they let the Kia’s and Hyundai’s take care of this market? I suppose they know what they are doing and gaining market share in a demographic they normally didn’t cater to but I don’t consider the entry-level Mercedes a true Mercedes-Benz. That’s not what the brand is about.