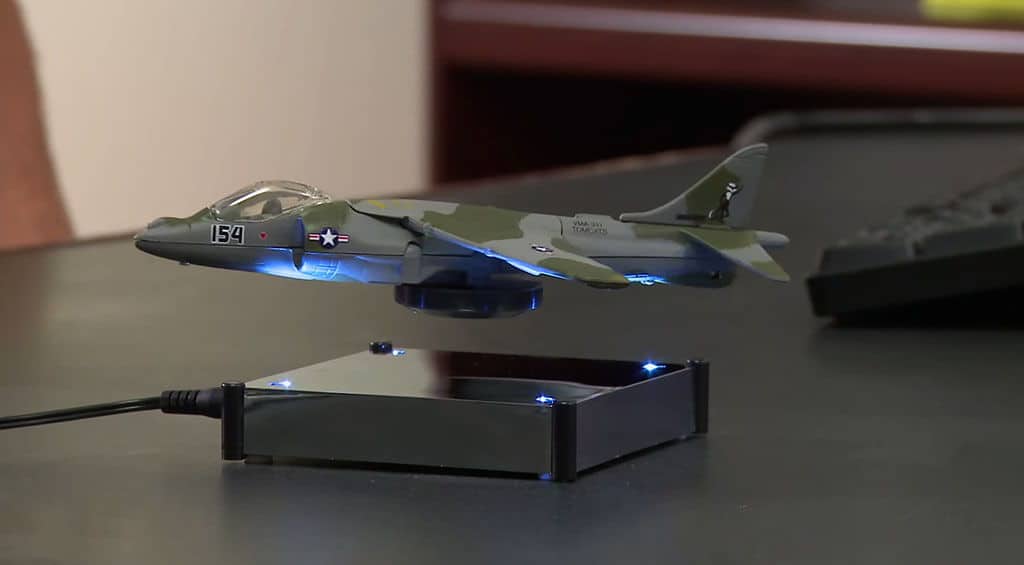 The Levitron Revolution is one of the sweetest gadgets to have around the house or office.  The device features EZ Float Technology which allows you to float pretty much any object you can think of mid-air as long as it weighs no more than 12 ounces.

You can even slowly rotate the object in the air with this cool device.

The Levitron Revolution comes with a small magnetic disc which is where you place an object weighing up to 12 ounces on so that it may float in the air. Getting an object to float is actually pretty simple. First, place the magnetic disc on the Levitron and wait for the four LED lights on the base station to light up. That’s pretty much it!

The Levitron Revolution in action!

Here’s a short clip of the Levitron floating a baseball. You can also see the neat rotating effect in action.

You can let go of the magnetic disc once all lights are on. At this point, you should be mesmerized at the sight of a floating disc. Now, you can place an item on top of the disc as long as it weighs a maximum of 12 ounces. The Levitron is capable of making up to 1,000 corrections per second to the electromagnets that are at the base of the device, which is what keeps the object stable as it levitates.

This sophisticated system is constantly adjusting the strength of magnetism to compensate for changes in weight which prevents the magnetic disc from falling down and ruining the effect.

The Levitron Revolution can be purchased on VAT19 and Amazon. Price varies based on region, obviously.

Although it’s not Christmas season quite yet, any friend would be glad to receive an early Christmas present this like. It’s the perfect size for a stocking stuffer too!