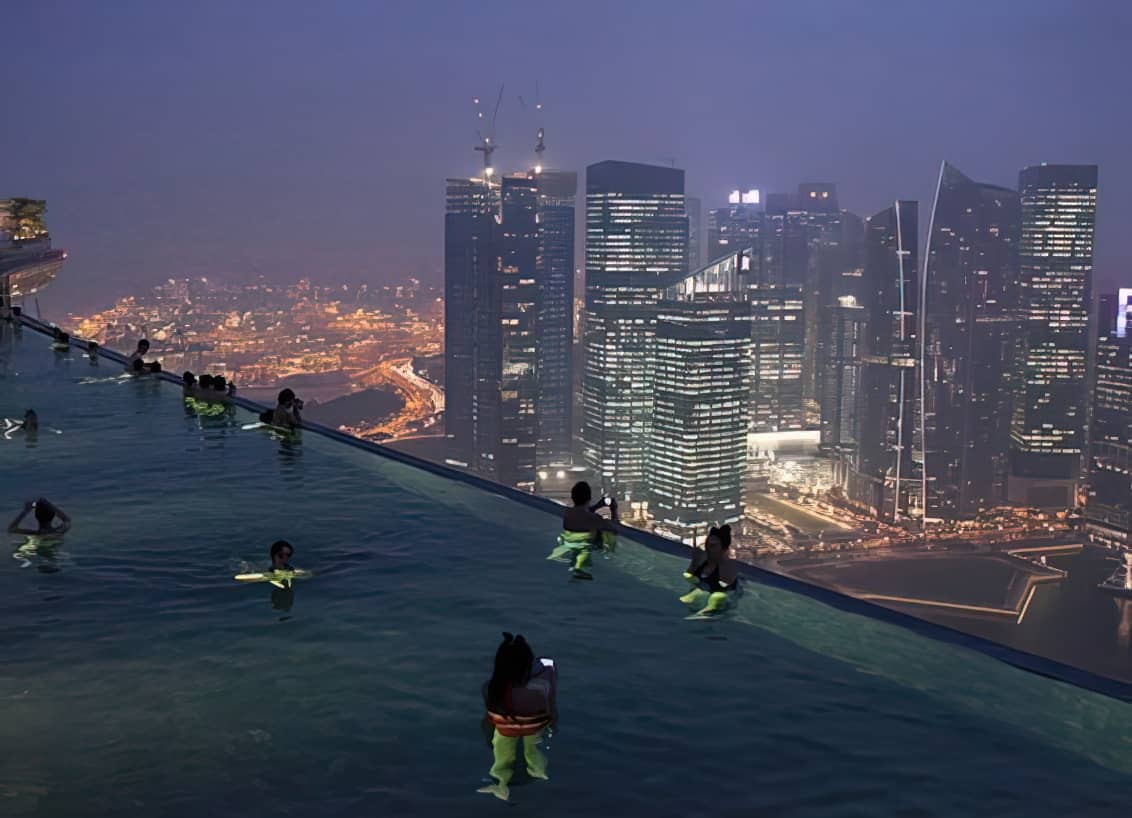 The world’s most expensive hotel and resort has finally opened its doors to visitors. Costing over £4bn to complete, the hotel spans over 55 stories and sports nothing short of a full casino, museum, indoor canal, and of course, 2500 rooms. These are nothing compared to the hotels crown jewel, its massive infinity pool, situated atop the building on its “SkyPark”.

The infinity pool is 3 times the length of an Olympic sized swimming pool and is destined to make anyone with a fear of heights shit their shorts in fear. Honestly, I can’t even imagine wanting to swim near the edge. It’s obvious that the view is amazing, but can you imagine being swept off the edge by some flailing asshole? I bet the models shown in the photo were paid good money to pose there. Not because of the fact that they’re good looking (they really aren’t), but because they may tip over and plummet to their death.

The hotel was designed by Moshe Safdie, a man who obviously has a penchant for making hotels that look like playing cards with cruise liners beached on top.

Staying here will set you back at least £350 a night, but chances are you missed the opening ceremony and concert by Diana Ross or Universal Studios Singapore tickets, making the cost a lot more bearable. You’ll also have a staff of over 10,000 people to serve your every need, such as pulling you out of the massive kiln fired pots, or suturing your wounds from climbing on the large metal sculpture… cage… thing.

The hotel is expected to generate over £48m a year. I think it’s time I start designing buildings based on random jumbled objects, such as toilet plungers and hamster cages.

3 comments on “The Infinity Pool of Marina Bay Sands – The Pearl of Singapore?”