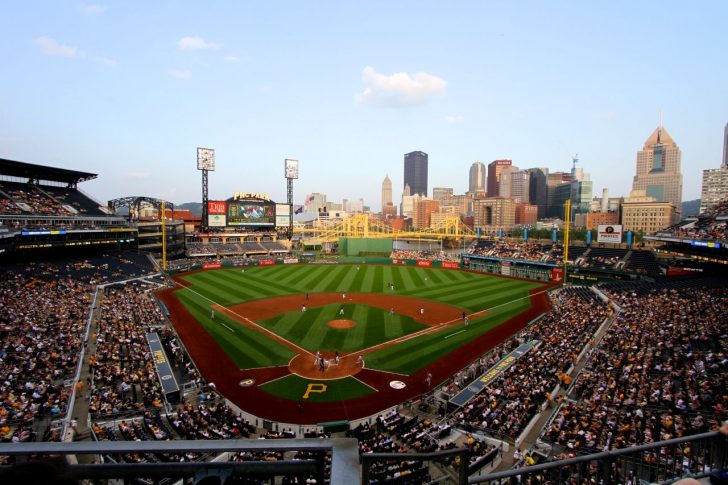 Even in these trying times, the sporting calendar has remained strong. And the second half of 2021 looks set to be absolutely stellar.

Every sport under the sun will have something to offer, with the key tournaments worldwide expected to take place as planned despite the pandemic.

There is a lot to look forward to, and so you should bookmark this page to ensure you don’t miss a single minute of the action.

You can sit back and relax or even stream the action online on your smartphone or tablet after placing a bet using a BetRivers bonus code. You can also read a BetRivers review to see if it’s the right sportsbook for you.

In the meantime, get your pen and your diary in hand as we blitz through some of the key sporting dates left in 2021.

You may not have seen the Tour de France cycling before, but we can assure you that the physical exertion required to win it is extraordinary.

The course will wind through France and cover an astonishing 2,100 miles, so let’s hope the competitors have packed their Savlon for the inevitable ‘saddle sores.’

Keep an eye out for the Slovenian, Tadej Pogacar, who is expected to go very close to winning a second title, although fellow countryman Primoz Roglic could be a thorn in his tires.

It’s strawberries and Pimms time as Wimbledon returns following its hiatus in 2020.

Grass court tennis is a unique event that typically rewards those able to hit clean winners. So, the likes of Novak Djokovic, Roger Federer, and Rafa Nadal will be vying for honors with a growing cast of young upstarts.

The American charge will be led by big-serving trio Reilly Opelka, John Isner, and Taylor Fritz, while in the women’s draw, Sofia Kenin will be hoping to land her first major.

The identities of the NBA finalists are still unknown, with the playoffs in full swing, but the Championship games will commence on July 8.

We know that the MVP, Nikola Jokic, won’t be there after his Denver Nuggets side was dumped out of the postseason, while the defending champions LA Lakers – with LeBron James and all – will also be notable by their absence.

Will Giannis Antetokounmpo power the Milwaukee Bucks to victory?

Already underway, the Euro 2020 soccer event will reach its conclusion at London’s Wembley Stadium on July 11.

Again, we have no way of knowing who will be contesting the big game at this stage, although the sportsbook favorites such as France, England (on home soil), Belgium, and Germany will be hoping to book their place.

Sadly, due to its cancellation in 2020, Shane Lowry was deprived of the chance to defend his British Open title.

But golf will return to the British Links in 2021, with the Royal St Georges club in Kent, England, fulfilling hosting duties.

It would be the mother of all comebacks, but can Tiger Woods close the gap to Jack Nicklaus on the all-time majors’ list? Anyone who saw his heroics at the 2019 Masters will know that, with the Big Cat, anything is possible.

One of the greatest sporting shows on Earth, the rescheduled Olympic Games in Tokyo *should* finally take place this summer.

From track and field to soccer, tennis, golf, baseball, and swimming, all of the old Olympic favorites will unfold in Japan as the competitors vie for a gold medal.

And in 2021, TV viewers can also check out a host of new Olympic disciplines, including skateboarding, surfing, karate, and climbing.

It’s off to the heart of Queens in New York City for the U.S. Open at Flushing Meadows.

Dominic Thiem will defend the men’s singles title that he somewhat surprisingly won in 2020. However, as ever, the likes of Novak Djokovic, Rafa Nadal, and Roger Federer will be pushing hard alongside upstarts like Alex Zverev and Daniil Medvedev.

It’s been seven years since Serena Williams last triumphed at the Billie Jean King National Tennis Center; could she finally get her hands on the trophy?

The new NFL campaign will get underway in September, with the schedule extended to 17 games per team for the first time.

Tom Brady, football’s own Benjamin Button, will be looking to guide the Tampa Bay Buccaneers to another Super Bowl, but can he be stopped?

It’s Team America vs. Team Europe in the 43rd edition of golf’s most impassioned event, and the USA will be out for revenge after tasting defeat in France back in 2018.

Hosted at the Whistling Straits club in Wisconsin, this is set to be one of the most star-studded editions of the Ryder Cup yet and perhaps one of the closest too.

If the thought of running 26 miles – that’s nearly 42km – brings you out in a cold sweat, why not leave it to the professionals as you lounge on the sofa and watch the London Marathon?

One of the world’s most prestigious long-distance races, the very best runners in the world – and some amateurs dressed as The Muppets – will take to the scenic route that winds its way through the English capital.

The first half of the MLB season has been a fantastic affair, from the resurgence of the Oakland Athletics to the captivating competitiveness of the National League West – just three wins separate California’s finest.

Of course, all involved are vying for a place in the World Series finale, scheduled to start in October. Can anybody wrestle the Los Angeles Dodgers’ title away from them?

As you can see, the next few months are shaping up to be an excellent time for sports fanatics.

Originally published on July 21, 2021 in Entertainment