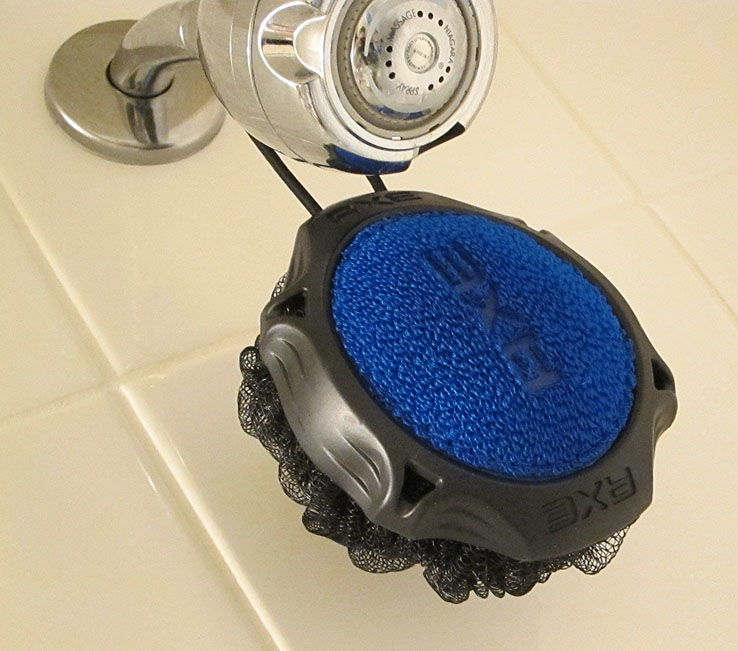 The Axe Shower Tool – The Best Tool to Clean Your Tool?

I’ve always been a bar-soap-and-wash-cloth kind of guy, and it’s only recently that I’ve flirted with the idea of switching to a shower poof; you know, the ball of woven recycled plastic that looks like something you would find a seagull choking on. There’s just something about them that never quite sold me. Recently, though, I watched a video for an Axe product called The Axe Shower Tool (also known as the Axe Ball Scrubber). It featured attractive women scrubbing various kinds of balls, and I figured I should at least give the scrubber a try, even if it’s made by Axe.

After having used the scrubber for a few days, I’ve come to the following conclusion – the Axe Shower Tool is an interesting shower scrubber, but falls short of the mark in a few important areas. Now, before I tell you what I don’t like, I’ll point out some of the qualities that Axe has done an excellent job on.

I know what you’re thinking, “that’s a pretty short list!“, and you’re right – I really couldn’t come up with anything else that made the axe ball scrubber better than a regular shower poof. So on that note, here is what I didn’t like.

If you’re looking for a more masculine scrubber to clean large surface parts of your body, the Axe Shower Tool is your perfect companion… I mean, providing you don’t mind abrading the skin off your body.