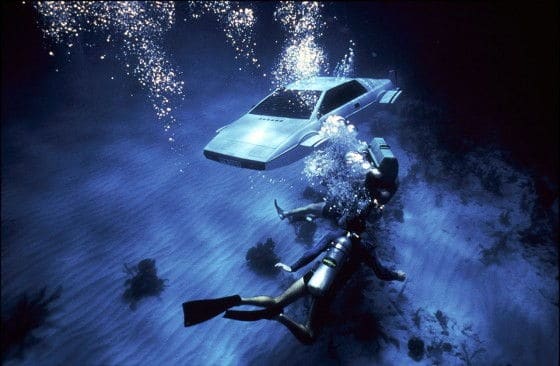 Over the past few years I’ve noticed a troubling trend amongst my friends. We go to a movie, something clearly set as fantasy, and get down into the action. We laugh, we cry, and I jump at all of the loud noises. A wonderful movie going experience that leaves me satisfied. But then begins the nit-picking over every little thing. I’m not talking about glaring plot holes or a poor acting performance. Oh no, you see my friends have very “unique” hobbies and pet peeves.

The Fighting, yes… but the Tracking Device? Pff, so Unrealistic!

The James Bond films represent, to me, the pinnacle of the action flick. Flashy cars, extended gun fights, fist fights, and sometimes even helicopter fights. The gadgets, the girls, it’s got a little bit of something for everyone. So imagine my chagrin after watching Skyfall, when my friends felt the need to rip into how unbelievable it was. No, there were no complaints to the idea of people being hit with metal pipes and being fine. Likewise, there was not a single complaint about a man falling several stories to the ground and getting up to run. No, my friends were upset with the computer sequence.

You see, they were just too unrealistic, these top secret spy computers. Why they didn’t look anything like a computer that we use. Also, the “hacking” was very unbelievable. It would have been much better if James Bond was sitting in a basement with 24 hours, pouring over code while eating chips. That’s right ladies and gentleman; the people I call friends had a larger issue with the computers than with an Aston Martin that has somehow stored in excess of 10,000 rounds for the headlight machine guns. Once again, a spy master tracking their vehicle in real time across any continent at any time: doable, and you’ll even get satellite images of the interior. A computer sequence that doesn’t show accurate file transfer times? Utterly unbelievable.

So here it is, this plea of sorts. Stop drawing your disbelief in these extremely strange places. We know we know, computers don’t really work like that. Well guess what? NOTHING ELSE DOES! There are no cell phones with laser beams, there are no Aston Martins with unlimited machine gun ammo, there are no watches that act as video phones. Learn where to draw the line people and just enjoy the fantasy of film.