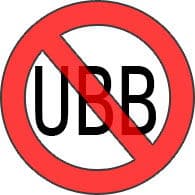 If you’re a Canadian, you’ve probably heard a lot about usage based billing (UBB) on television and the internet. I think most people agree that UBB is a major step backwards for Canadians, but other than signing the petition on openmedia.ca, is anyone really doing anything about this? The Current Affairz sure are. They expressed the full extent of their displeasure in the form of a 4 minute long rap parody of 50 Cent’s hit song P.I.M.P. If you want to hear the original song, you do so at your own peril.

Bell, Rogers, and the CRTC had better watch out. If changes aren’t made to allow for real competition in Canada, we’ll all be subjected to more terrible rap songs.

Originally published on May 8, 2016 in Humor, Music