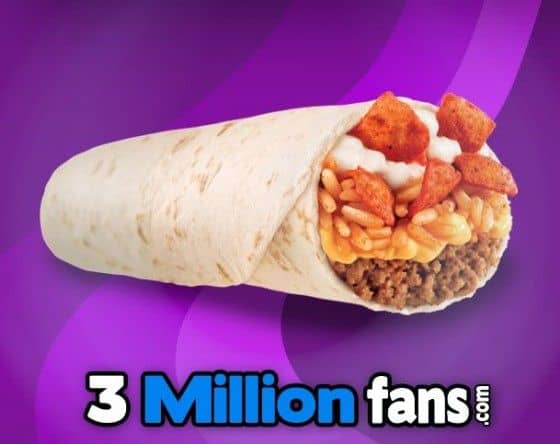 Back in August, I wrote about a group of hardcore Taco Bell fans that pretty much dedicated their entire free time to a very important cause. The main goal of the movement was to bring back a discontinued item which according to Burrito experts is one of the best menu items Taco Bell has ever offered in its 49 year history. This menu item that I speak of is the ‘Beefy Crunch Burrito’.

Through the power of social media and consumer loyalty, Taco Bell fans have been able to achieve their goal. Taco Bell and 3 Million Fans have officially announced the return of the Beefy Crunch Burrito. Richard Axton, the brains behind the 3 Million Fans movement was invited to Taco Bell headquarters in Irvine, CA and told about the great news in person.

Beefy Crunch Burrito was such a success because of its $0.99 price and because it was a perfect combination of beef, nacho cheese, rice, sour cream, and Flamin’ Hot Fritos. Below are the details of the Beefy Crunch Burrito and its return to Taco Bell.

Unfortunately, my favorite Taco Bell menu item will only be a Limited Time Offer. If 3MF can bring it back temporarily, I have no doubt they will eventually be able to convince Taco Bell to make it a permanent menu item. Based on the comments from fans, customers would gladly purchase the item even if the price is higher than $0.99. With the success of 3 Million Fans, this should also give hope to other groups who have a similar goal of bringing back their favorite food items whether they’re from Taco Bell or another fast food chain.

This is the perfect Christmas gift from Taco Bell and I can’t wait until December 22nd! 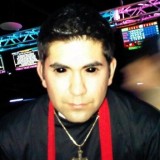