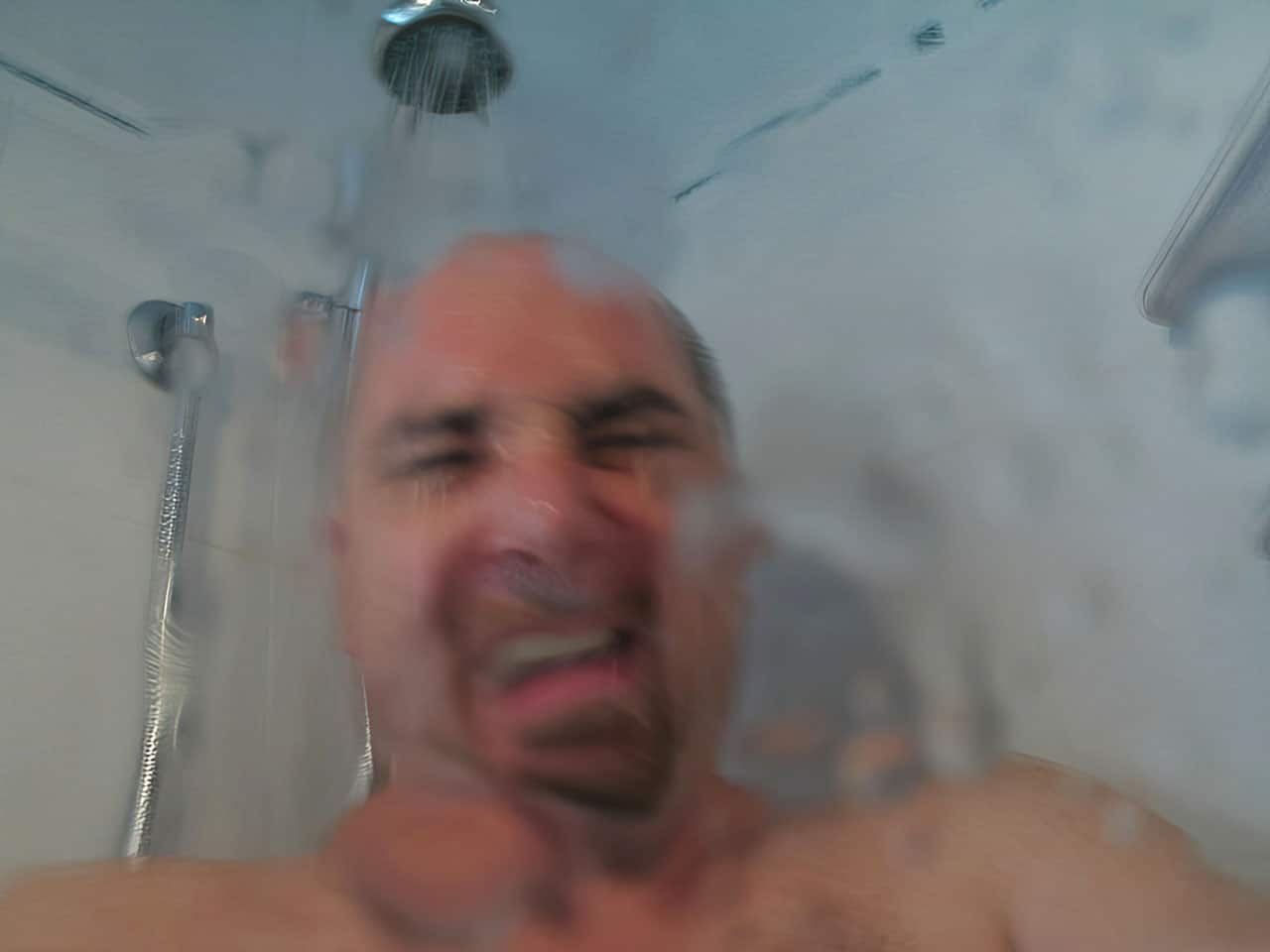 The thought of taking a cold shower may make you cringe, but did you know that it can have some amazing health benefits? Cold showers have been shown to improve athletic performance, help with weight loss, boost your immune system, and even help reduce hangovers! In this article, we will explore all the different benefits of taking cold showers and provide tips on how to get started.

I started taking cold showers because of Wim Hof…

I started taking cold showers after watching a documentary on Wim Hof. He is a Dutch athlete who has set multiple world records for his extreme feats of endurance, including swimming under ice and running a marathon in the Namib Desert without water. Wim has also developed a method of training called “The Wim Hof Method“, which involves taking regular cold showers as part of the regimen. If you’ve ever seen people asking about cold showers on Reddit, I’m willing to bet it’s because they saw something about Wim Hof.

After reading about all the amazing health benefits of cold showers, I decided to give it a try. And I have to say, I’m hooked! Not only does taking a cold shower make me feel more alert and energized, but it seems to have a host of other benefits as well. Here are just a few of them:

One of the most surprising benefits of taking cold showers is that it can improve your athletic performance. This is because exposure to cold temperatures helps to stimulate the release of norepinephrine, a hormone that plays an important role in regulating blood pressure and heart rate. In one study, cyclists who took cold showers before their workouts were able to ride further and faster than those who did not.

Another great benefit of cold showers is that they can help to boost your immune system. This is because exposure to cold temperatures helps to increase the production of white blood cells, which are responsible for fighting off infection. In one study, people who took cold showers every day for two weeks had a significant increase in the number of white blood cells compared to those who did not.

If you’re looking for a way to reduce your hangover symptoms, taking a cold shower may be the answer. One study found that participants who took a cold shower after drinking alcohol had significantly less nausea, dizziness, and headache symptoms the next day.

In my personal experience, taking a cold shower for a hangover does help me feel more “with it” and reduce feelings of nausea. I don’t fully understand why this happens from a scientific perspective, but I imagine it has something to do with the shock and in norepinephrine.

While there is no concrete evidence that cold showers can help with weight loss, there is some speculation that they may be helpful in this regard. One theory is that exposure to cold temperatures helps to boost your metabolism, which can lead to increased calorie burn. Another theory is that taking cold showers can help to reduce water retention, which can also lead to weight loss.

What’s better, a hot or cold shower for a hangover?

Adding to the earlier point on using cold showers to help with hangovers, I’ve seen several people asking whether it’s better to take a hot or cold shower for a hangover. I’m biased, but I still feel that a cold shower is much more effective than taking a really hot shower. The jolt of the cold water makes a big difference for me, but your mileage may vary.

Is it okay to take a cold shower after eating?

There’s no definitive answer to this question, but I would err on the side of caution and say that it’s probably best to avoid taking a cold shower immediately after eating. This is because exposure to cold temperatures can constrict your blood vessels, which can lead to indigestion and discomfort. If you do want to take a cold shower after eating, I would recommend waiting at least an hour or two first.

Is taking a cold shower punishment?

If you look at them that way, then yeah… they’re probably not going to be very pleasant for you. However, if you think of them as a way to improve your health and well-being, then they’re not punishment. I would go so far as to say that taking cold showers is downright refreshing!

This is a great question and one that I’m not sure I have a definitive answer for. However, I think that taking cold showers can help to build discipline. This is because they require you to push yourself outside of your comfort zone, which can be a great way to develop discipline. Additionally, the benefits of taking cold showers (such as improved immune system, better circulation, etc.) can be a great motivator to stick with it even when you don’t feel like taking a cold shower.

Is it okay for kids to take cold showers?

It’s common in Eastern Europe for kids to dump buckets of cold water over their heads each morning as part of their shower routine. So, from that perspective, it’s okay for kids to take cold showers. That said, you should always consult with your pediatrician before introducing new things into your child’s daily routine.

There is some evidence that suggests cold showers can help to relieve anxiety. One study found that when participants took a cold shower, their heart rate and cortisol levels (a hormone associated with stress) decreased significantly. Additionally, the participants reported feeling less anxious after taking the cold shower.

Why would a guy take a cold shower?

There’s no one-size-fits-all answer to this question, but there are a few reasons why a guy might take a cold shower. One possibility is that he’s looking for an extreme way to challenge himself and push his boundaries. Another possibility is that he’s hoping to improve his health and well-being through exposure to cold temperatures. Finally, he may just find the experience of taking a cold shower refreshing and relaxing.

Is taking a cold shower after sauna good or bad?

There’s no right or wrong answer to this question, as it depends on personal preference. Some people find that taking a cold shower after a sauna helps to cool down their bodies and improve their circulation. Others find that it’s too intense and prefer to take a warm shower instead. Ultimately, it’s up to you to decide what feels best for you.

Can a cold shower harm you?

Is it better to take a hot or cold shower when you’re sick?

There is no definitive answer to this question, as it depends on personal preference. Some people find that taking a hot shower helps to loosen up congestion and relieve symptoms of a cold or the flu. Others find that taking a cold shower provides more relief. Ultimately, it’s up to you to decide what feels best for you.

What about taking a cold shower before a workout?

How many calories do you burn taking a cold shower?

This depends on a variety of factors such as your weight, body composition, and the intensity of the shower. However, one study found that when participants took a five-minute cold shower, they burned an average of 84 calories. That’s a pretty good payoff for something that’s largely passive.

For how long should you take a cold shower?

Again, this depends on personal preference. Some people find that taking a cold shower for just a few minutes is enough to reap the benefits. Others enjoy taking longer showers and may even spend 20 minutes or more in the cold water. Ultimately, it’s up to you to decide what feels best for you.

Should you take a hot or cold shower for sunburn?

Some people find that taking a cold shower helps to soothe and cool their sunburned skin. Others find that taking a hot shower provides more relief. I haven’t seen any evidence that the temperature makes any difference for healing, one way or another.

There is no scientific evidence to suggest that taking a cold shower can help with hair growth. However, some people believe that cold water helps to improve circulation and may therefore promote hair growth. There is no harm in trying it, but don’t expect miracles.

Tips for Taking a Cold Shower

Now that you know all the amazing benefits of taking cold showers, you may be wondering how to get started. Here are a few tips:

So what are you waiting for? Give cold showers a try and see for yourself! You may just be surprised at how much you enjoy them. There’s a reason that many lifestyle gurus like Tim Ferriss got into the practice and even regular schmucks like me.

The $4 Million Batmobile Limousine: A Recreation of One of the Most Recognized Cars in the World

Interview with Swedish Bella: OnlyFans’ Top Performer Talks VR and the Future of the Metaverse