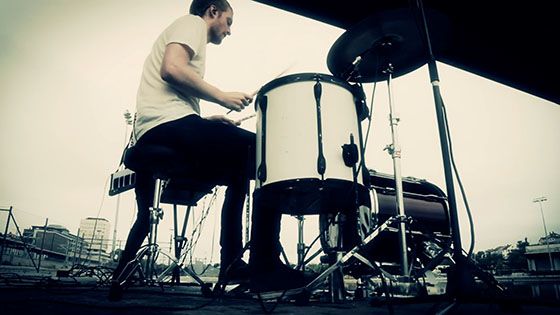 We’ve got an amazing readership here at Unfinished Man. You guys leave great comments, you’re always emailing us with suggestions for things to check out, and most importantly – most most of what you guys send us is pretty damn awesome; thank you! Maybe hold off on the Russian bride stuff, but anything else is fair game.

So on that note, here’s a video that one of our readers suggested we check out by filmmaker and music composer Trygve Stakkeland. It’s called Street Beatz 2.0, and it’s basically a handful of beats performed in various places around Stavanger, Norway. It’s a simple but interesting clip, and the musical selection is the perfect way to start your morning with what I can only describe as vaguely mellow – but oddly uplifting – electronic tunes.

Trygve told me that the tracks are all original, but with a few samples thrown in for good measure. For those of you that are fans of Daft Punk, well… I’m sure their beats were immediately obvious to you. Perhaps we’ll be seeing a Street Beatz 3.0 when the new Daft Punk album arrives next year? If so, definitely sign me up, as I think we’ll all be in for a real treat, both from Daft Punk themselves, and also Trygve.

Now, given the 2.0 on the end of Street Beatz, I bet you’re wondering the same thing that I was about an hour ago… namely, is there also a Street Beatz 1.0? Well, I did a bit of research and found plenty of hip-hop dance studios and various beats of the streets, but no Street Beatz by one Trygve Stakkeland. Having said that, he has posted up tons of other bits and pieces of work he’s done over the years, and I encourage you to have a listen. You’ll find all of his work on his official website.