They say that desperate times call for desperate measures and WWII was no exception. Germany, Japan, Russia and the US all at one point during the war had their backs against the wall. Below, we will have a look at some of the crazy, strange, and extreme weapons that were developed or funded for Research and Development during that time period. 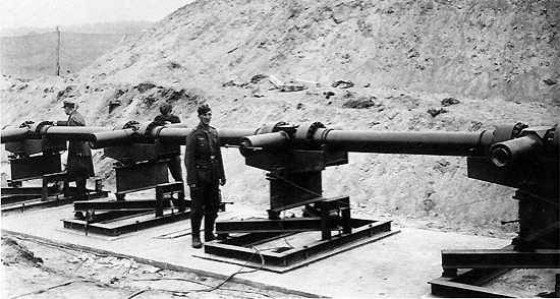 The V3 Super Gun was known as the vengeance weapon and was specifically developed to hit London. The V3 Cannon was capable of firing a 140kg (308lb) shell to a range of 165km (100 miles). In order to achieve this kind of range, the 140 meter (460ft) barrel had many side channels attached to it. Each side channel had propelling charges that were timed to fire and help increase the velocity of the shell to 1500 meters per second. Mr. Hitler was so impressed that he decided to order 25 and place them in Mimoyecques, France.  The Germans actually ended up abandoning the guns due to heavy bombing by the Allied forces. Two smaller versions were used against Luxemburg but were later captured by American forces.

The Ohka Cherry Blossom Suicide Plane was developed in a last-ditch effort to stop the American fleet which was nearing the Japanese mainland. The aircraft could be armed with a warhead weighing up to 1200kg, had no landing gear, and was dropped in the target area by a G4M aircraft. Once the aircraft had been dropped, the pilot  would go into a dive and steer it into the American ships. When the plane was within range of anti-aircraft guns, three rocket boosters would help accelerate the aircraft to 650mph before crashing into the American ships. Japan had 800 of these aircraft stockpiled waiting to be used once the Americans were close to their shores. Because of the atomic bomb, only a few were actually used.

The Bachem BA349 Natter Fighter Jet was almost a suicide plane although that was not the intention. The whole idea of this aircraft was to fly close to a formation of Allied bombers and fire off all the rockets that were placed in the nose of the aircraft. The plane was launched from a vertical rail by rocket boosters and would be controlled by radio control from the ground until it got close to the target. After that, the pilot would take over and fire off all the rockets at the targets. Once the weapons were all used up, the plan was to glide to safety via parachutes which would deploy at an altitude of 10,000 feet. Once the parachute is deployed, the whole aircraft would fall apart. It was the pilots job to make sure he parachutes out and “hopefully” makes it to safety. Only the tail of the aircraft would be recovered after each mission. 36 of these fighters were built but only after the war. 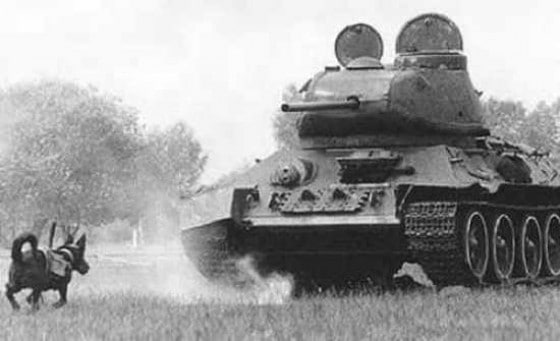 Anti-Tank Suicide Dogs was a “weapon” that was deployed by the Russian forces against the Germans. The dogs were usually kept hungry and when they were fed, the food would be kept under vehicles in the hopes of training them to go under German tanks and looking for food. Each dog had a 10-12kg mine attached to them while a 20 centimeter wooden lever would act as the detonator. When the dog would dive under a vehicle looking for food, the idea was that the wooden lever would catch on something under the vehicle and detonate the mine attached to the dog. This weapon was considered to be pretty ineffective with many of the dogs being scared off by German gun fire. Also, the dogs were trained on vehicles that were stationary but the vehicles they encountered were moving which caused the dogs to run back to their handlers and causing the mines to detonate. Russia claims that they were able to disable 300 German tanks using this method. 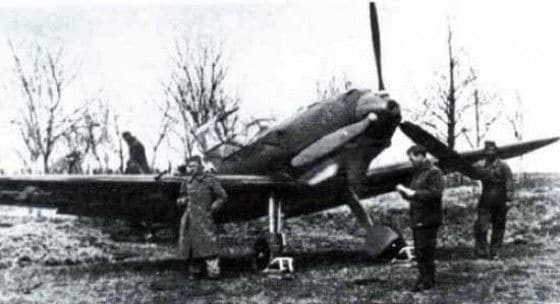 Towards end of the war, the Germans were subjected to massive bombing runs by the Allied forces. The Germans were desperately attempting to stock up on the ME-262 fighter jet but it was not possible with the continuous bombing that was taking place. In an attempt to halt these Allied bombing runs, the ME-109 fighter plane was stripped of all armor and weapons to reduce weight and increase speed. The idea was have the ME-109 fighter planes fly at a high altitude waiting for the Allied bombers. Once the bombers were spotted, the ME-109 would go into a dive and use the propeller to ram the tail of the Allied bomber aircraft. After the collision, the German pilot would attempt to parachute to safety. 180 ME-109 aircraft were modified for this mission with close to 2000 German pilots volunteering to fly. 120 pilots had the opportunity to carry out this mission with only 15 returning back safely. The Germans managed to destroy 17 B-17 bombers and five P-52 Mustangs. 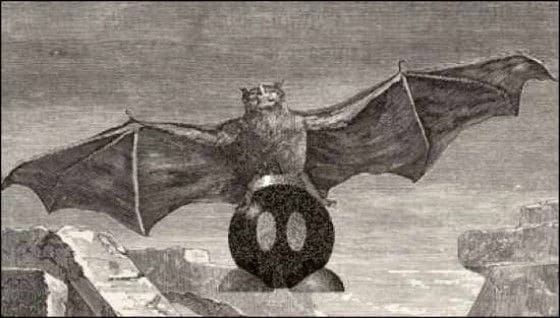 The “Bat Bomb” was developed by Americans after the bombing of Pearl Harbor by Japanese forces. The idea behind this weapon was to capture a bunch of bats and attach incendiary bombs to their bodies which had timers on them. The bats would be placed in a “bat carrier”and dropped over the target. At an altitude of 1,000 feet, a parachute would deploy and bat carrier would fall apart, releasing over a 1,000 bats. The bats would then roost in the buildings of Japanese cities which were mainly constructed of wood and paper. The timer-delayed bombs would detonate and cause massive fires throughout the city. During one test, the bats actually ended up burning down the testing facilities buildings and warehouse. The program was canceled thanks to the development of the atomic bomb. 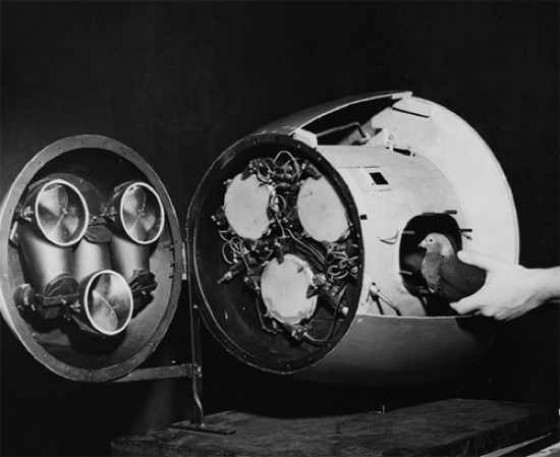 Another crazy idea the Americans had was to use a pigeon to guide a missile to the target. The theory behind this was to train a pigeon to recognize a target by showing it images of it. The pigeon would peck on four levers (up, down, left, right) until the image was centered on the screen in front of it. They were trained to keep images centered on the screen and rewarded with corn. The pigeons did surprisingly well during training sessions at keeping track of images which jumped four or five inches a second on the screen. The program was canceled though and it was decided that electronic guidance would be a better option.