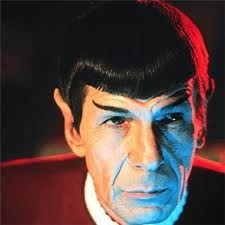 You’ve probably heard Bruno Mars’ The Lazy Song on the radio recently; it’s nothing special musically, but it seems to be blowing up the charts. We here at Unfinished Man wholeheartedly endorse taking a day every once in a while to eat bacon with only one leg in your boxers, so we definitely dig the message. But we would have never gone looking for the music video… until now. An alternate version of The Lazy Song has just been released, with a video starring Mr. Spock himself, Leonard Nimoy. Outside of the pure geeky joy that this brings in itself, the video is actually pretty hilarious, as Spock wanders about acting like a jackass livin’ the lazy dream. Manly highlights include peeing in the sink, drunken nunchucking, eating food directly out of supermarket food coolers and scaring children, all in a ratty housecoat.