This trailer features interviews with many of the people responsible for the audio in Human Revolution, such as the audio director Steve Szczepkowski, sound designer Yohann Boudreault, actor Elias Toufexis (the voice of Adam Jensen), and my favorite, Michael McCann, Human Revolution’s composer. Michael McCann is the fellow who created the amazing music that we hear in the trailers, including this one.

I believe that it’s the little details that really make a game shine. It’s the little details that make the difference between a good game, and a great game. Sound and music are one aspect of video games that I feel developers just don’t pay enough attention to, and I think that’s a real shame. When you think about how quickly a song or tune can shift your mood, you begin to appreciate what power that could have in a video game when done well. It’s for that reason that I’m so excited about the sound and music in Deus Ex: Human Revolution. 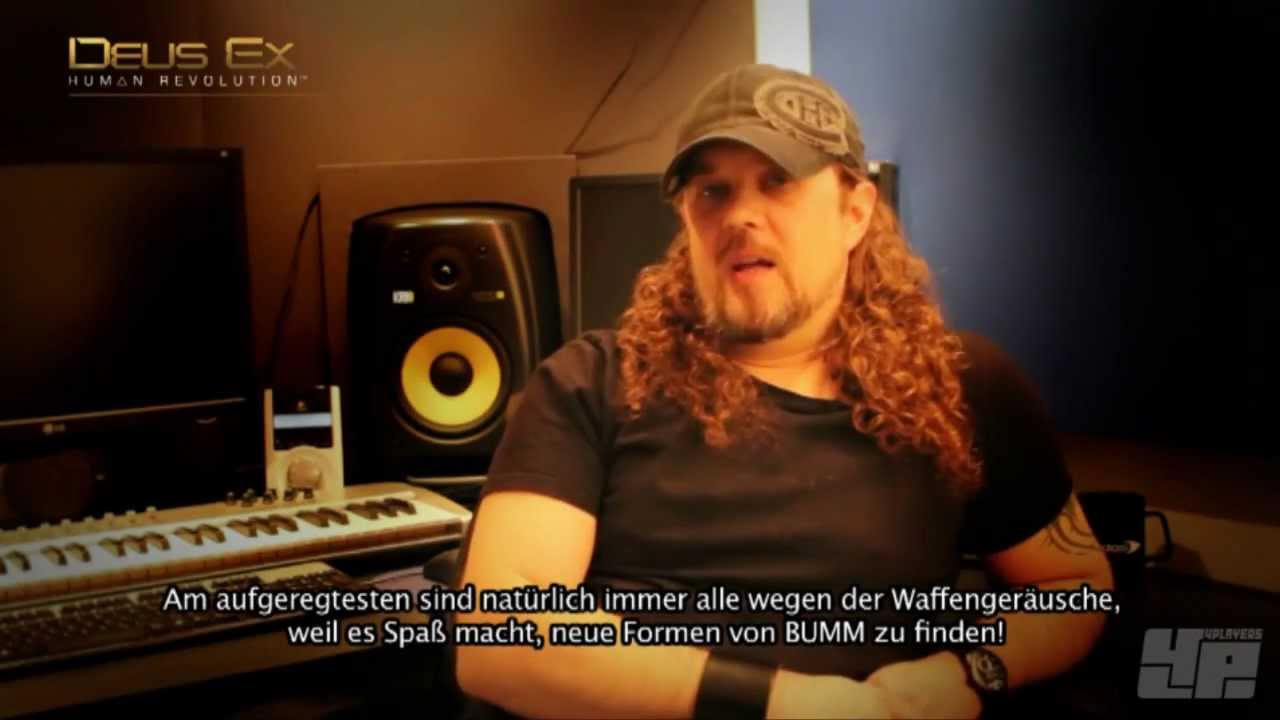 Each of the people interviewed talks at length about their contributions to the DE:HR audio experience, and some interesting points that I took away were that music dynamically changes depending not only on the scene and location, but also on how you’re playing. Whether you’re being stealthy, or attacking a group of people head on, the music will change gracefully to suit the situation. Steve Szczepkowski also says that he cooked up something very special for DE:HR in terms of keeping sounds unique. His example was that, if you walk down an ally and hear a window break, that breaking noise will sound a bit different each time. Players are quick to pick up on repetition, and if Steve created a way to break the monotony of hearing the same sounds over and over, I think that will go a long way towards keeping the game fresh.