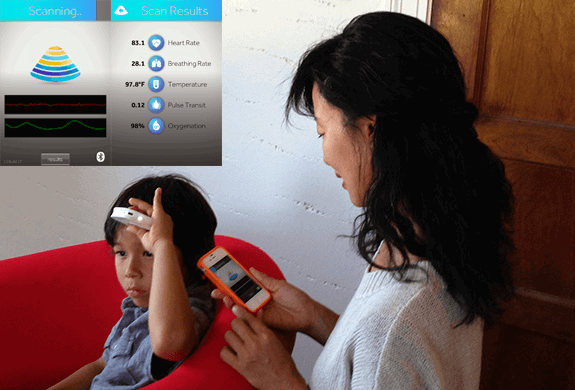 If you ever watched Star Trek as a kid, you probably remember seeing Bones using a tricorder to monitor an unfortunate red-shirt’s vital signs. Lots of us probably even played “doctor” (before we got old enough to learn the way better version of the game) by smacking a friend with a short stick and then shouting, “He’s dead, Jim!” While we aren’t the finest crew in Starfleet yet, we can start keeping tabs on our own health at home with the Scanadu Scout: a portable device that scans your temperature, heart rate, and hemoglobin levels in about 10 seconds.

Scanadu is a start up based out of NASA’s Ames Research Center, who for the last two years have been working tirelessly at creating a personal, medical tricorder that the average at home consumer can use. By holding up the Scanadu Scout (which looks more like something out of the new white and gleaming Star Trek aesthetic, versus the trusty old flip up electric razor) to your temple, you’ll get 99% accurate readings of what’s going on under your hood. Sadly, you will no longer have to lay prone on a table and have someone wave over you for minutes at a time while listening to chirping noises. Though they may have sucked all the authenticity out of the experience, using the Scanadu Scout seems a hell of a lot simpler. 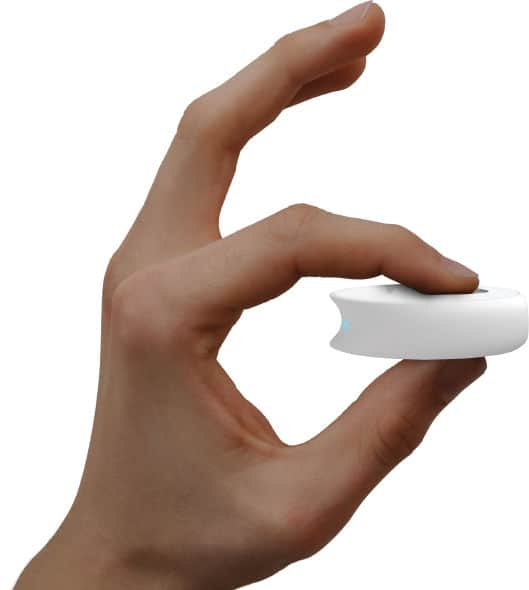 Often, when feeling under the weather, we wonder if we must be running a fever. Checking with the back of your hand usually means that you shrug and go about your day, doing absolutely nothing to actually confirm or deny the problem. In the case of men especially, there’s really not a whole lot of time or desire to see a doctor until there’s bone visible, which can occasionally lead to the worsening of conditions due to inattention. With the Scanadu Scout, in ten seconds you’ll know whether or not you’re running a little hot, but also if you’re getting adequate oxygen provided by your blood stream, and if you’re having irregularities in your heart rate. Even better, when it’s done, the Scout will send the readings directly to your phone via bluetooth.

While it might seem a touch paranoid to carry a record of your vital activity on your phone with you, it actually makes excellent sense, and is likely to change the way that we approach taking care of our health. Imagine visiting the doctor, and instead of dealing with the inflatable cuff and blood samples, you can go through a history of biometric data and pinpoint any strange activity. Instead of saying, “I think I felt a bit funny last month, but I also ate pizza I found behind the TV,” it will be much easier to boil down the exact time frame when your body has been out of whack. Doctors won’t be the only ones holding on to a spotty-at-best medical record: we can be much more involved in our health and well being, without having to spend ridiculous amounts of time and paranoia.

The Scanadu Scout hasn’t been FDA approved yet, but that is the next step with the proceeds of the Indiegogo campaign. What’s even more interesting than the potential for development of further scans and the usage and control of personal health data is that Scanadu has presented the idea of geo-locational analyzing of the results. Yes, yes, big brother will know where you live and will totally know that your heart starts racing every time you walk by the Yoga studio with the big glass windows by your work. But for a moment, consider the extremely interesting implications: perhaps people living in one area all have abnormal hemoglobin counts, or a certain profession in a certain state begins to see a pattern in heart irregularities. We’ve long known that our immediate environment directly impacts our health, but it would be amazing to start seeing concrete data shepherded by our own interest in living longer, healthier lives.

Learn more about the Scanadu Scout at their website, or pre-order one for $149 here. Would you use a Scanadu Scout, knowing it will take only seconds out of your day, and you could monitor your own health in direct relation to your activities? Or are you going to wait for the next generation Voyager version that will come with a Emergency Medical Hologram instead?