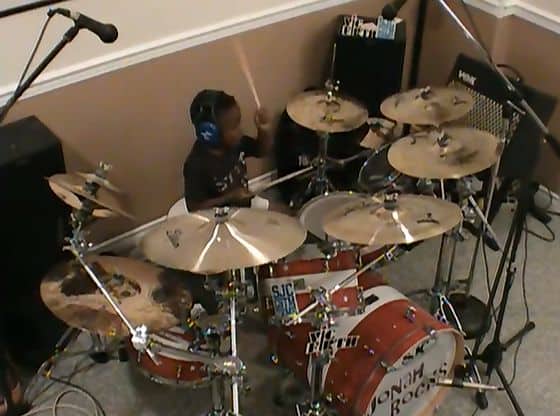 I’ve been a Rush fan for a long time now, and it’s rare that I’m impressed by any covers or fan-interpretations of their work. After watching this guy play the drums, though, I think I’ve finally found someone with the ability to do Rush justice, and he comes in the form of a 5-year-old child. Yes, you read that correctly.

Providing the video is real, the kid appears to hold the tune perfectly, and even squeals with delight at the end. Anyone who knows me will agree that I dislike children with a fiery burning passion, but this kid has my stamp of approval. He’s certainly a hell of a lot more musically inclined than I am, but I guess  that isn’t saying much.

See, if only my parents had enrolled me in some sort of music program when I was a child, instead of sending me off to useless black and white photography classes. I could have been a rockstar by now! But no, instead I learned the skills necessary to create emo MySpace photos of myself. Perfect.